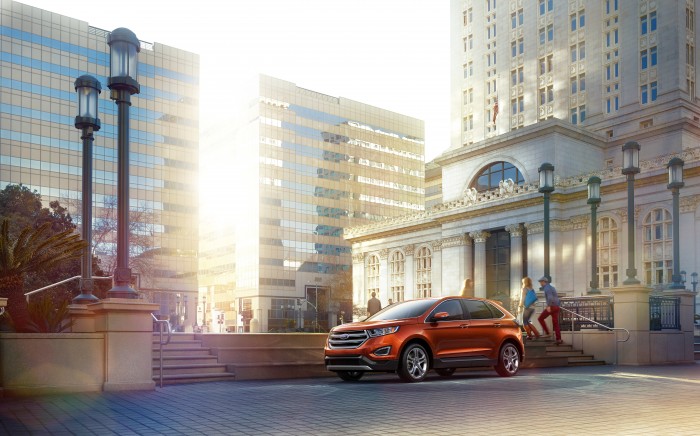 The 2015 Ford Edge is all-new, with more interior room, new engine choices, and the automaker’s best available technology and amenities.

The 2015 Ford Edge retains the strong stance and squat appearance that has made it so popular among SUVs and gains new athletic zeal. The same standout grille found on the Fusion has made its way to the Edge’s front end, whose shutters can automatically open and close for optimal aerodynamics on the turbocharged models.

The 2015 Ford Edge has the same two-row, five-passenger layout as the previous gen, except with more room for both people and cargo. Newly designed seats provide more legroom at the front and back and cargo capacity has increased by 39.2 cubic feet with the rear seats up, and 73.4 with them folded. The interior feels more refined and premium than ever, as well as easier to use thanks to better buttons for audio and climate control.