The 2015 Ford Escape compact crossover SUV is available in three trims: S, SE, and Titanium. All three models feature a chiseled and aerodynamic exterior that does just enough to stand out from competitors like the CR-V and RAV4.

The SE trim bumps the wheels up from steel to alloy and adds automatic headlights, foglights, a keyless entry keypad, and rear privacy glass (standard, as opposed to optional on the S). The optional SE Convenience package adds a number of exterior and interior features. Among the exterior features are rear parking sensors and roof rails. The optional Leather Comfort package only adds heated mirrors to the exterior. Individual exterior options on the SE trim include 18-inch wheels, a cargo cover, a panoramic sunroof, parking sensors, a power liftgate, and remote ignition.

Maintenance 101: How to Check Car Belts and Hoses

Finally, exterior features for the top-of-the-line Titanium model include all exterior content from both the SE Convenience package and the Leather Comfort package, as well as standard 18-inch wheels, keyless ignition and entry, power liftgate with hands-free operation, and remote ignition. There is an optional Titanium Technology package that adds several awesome safety technologies, as well as automatic wipers and xenon headlights. Other exterior options include 19-inch alloy wheels and the panoramic sunroof.

There are three available engines for the 2015 Ford Escape. Across the board, drivers will get a six-speed automatic transmission and front-wheel drive, though all-wheel drive is available on SE and Titanium. 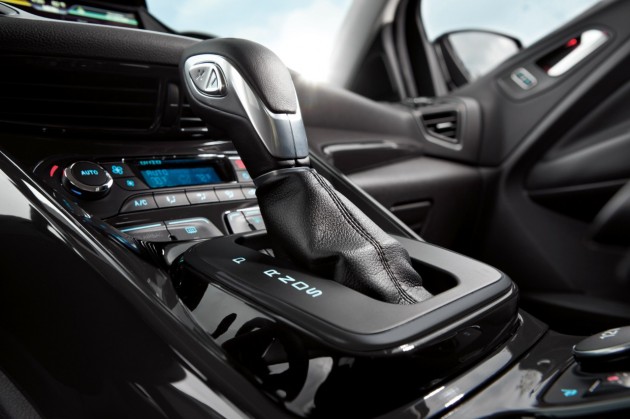 The inside of the Escape is incredibly comfortable, with an intuitive cabin and easy-to-read gauges. The only real complaint on the interior is the standard infotainment interface, which isn’t the most user-friendly on the market. (Opting for the MyFord Touch system is the way to go.) Cargo space behind the rear seats is competitive at 34.3 cubic feet. 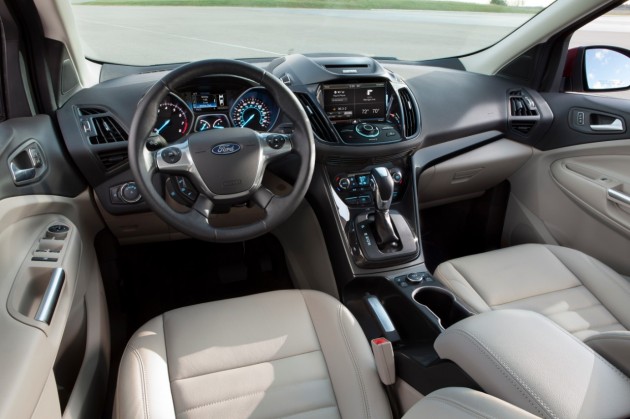 Optional on the S and SE are rear parking sensors, which are standard on the Titanium. Drivers can opt for a blind-spot warning system with cross-traffic alert on the Titanium.