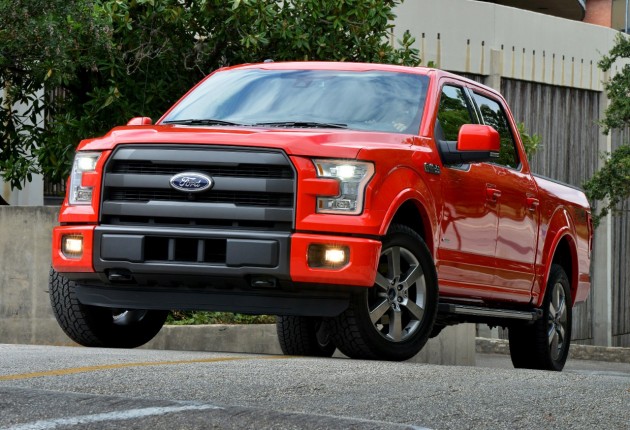 Ford’s all-new 2015 F-150 has earned nothing but praise since it launched at the end of 2014. Wait. Let me fix that. It’s earned nothing but praise and awards. From the New England Motor Press Association’s Yankee Cup for trucks to the Kelley Blue Book Truck Best Buy to the Truck Trend Pickup Truck of the Year to the 2015 North American Truck of the Year to the…yeah, you get the picture.

Clearly, the 2015 F-150 is going to go down as one of the most awarded pickup trucks ever built, and the Automobile Journalist Association of Canada (AJAC) is adding yet another trophy to its mantle by naming it the AJAC Truck of the Year at the 2015 Canadian International Auto Show.

“We are honored that the 2015 F-150 has been named AJAC’s 2015 Truck of the Year,” said Dianne Craig, president and CEO, Ford of Canada. “Our game-changing use of aluminum alloy is raising the competitive bar for pick-ups and we are humbled to be considered an innovator in the industry, committed to providing our customers the most capable and fuel efficient pick-up ever.”

The F-150 beat out the Porsche Macan S and Subaru Outback 2.5i for the award (truly, the award determines the best utility vehicle, so it’s not uncommon for an SUV or crossover to win). In order to get into that position, it first had to win Best New Pickup by beating out the Chevy Colorado, GMC Canyon, and Ram 1500.

There are plenty of months left in 2015, so it’s likely that the new F-150 isn’t done winning awards.