The 2015 Ford Mustang GT is one of the most hotly-anticipated vehicles of the 21st century, and it has finally arrived. Not only has Ford delivered on its promise to live up to the hefty 50-year reputation of the Mustang, but it may have very well surpassed all expectations in the process. 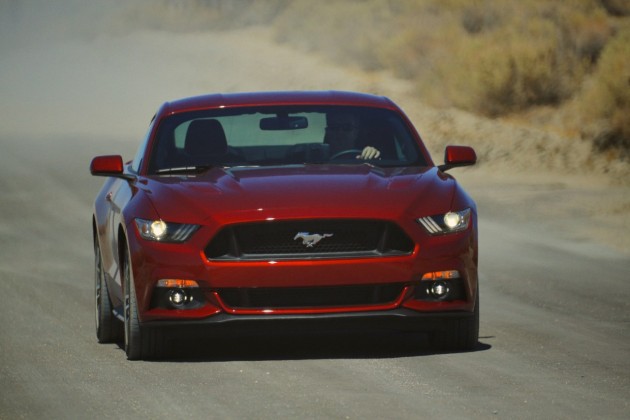 The 2015 Ford Mustang is all-new, coming into its sixth-generation with a few new tricks in its arsenal. Features such as an independent rear suspension and a three-engine lineup make the Mustang not only one of the most powerful cars on the road today, but also one of the most fresh and versatile. 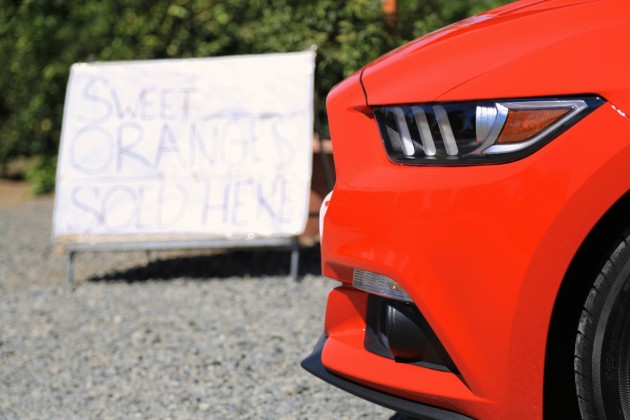 The shark-bite nose of the 2015 Ford Mustang GT

The 2015 Mustang GT should look by no means unfamiliar. It is decidedly a Mustang, and it carries many of the styling cues that enthusiasts have come to expect from the original pony car. From the tri-bar taillamps and shark-bite nose to the unmistakable hockey stick bodyline and the trapezoidal grille, the new boss is in many ways similar to the old boss.

As can be expected, there are a number of exterior options for the 2015 Mustang, not the least of which being the choice between the fastback and convertible body style. There are ten available colors—from classics like Black and Race Red to Triple Yellow and Competition Orange—and multiple wheel options for a more distinctive look. GT Premium models are also offered with a 50 Years Appearance Package, which adds luster nickel aluminum wheels; commemorative upper grille and gas cap badge; and chrome tail lamp surround. 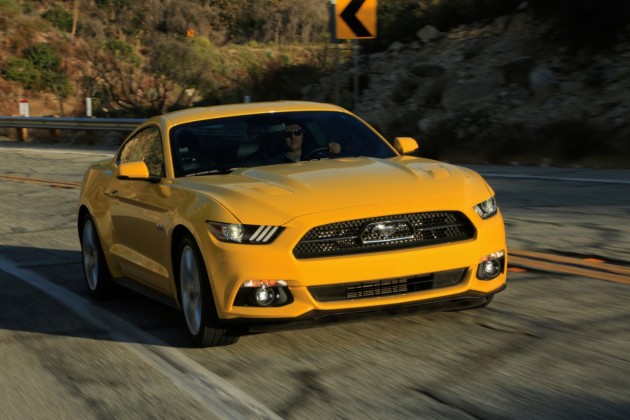 The 2015 Mustang GT is offered with the trusty 5.0-liter V8, which generates 420 horsepower and 390 lb-ft of torque and can be paired with a six-speed manual or six-speed, paddle-shift automatic. The addition of an independent rear suspension makes for more track-like handling, and the steering has been fine-tuned for a wholly responsive result. 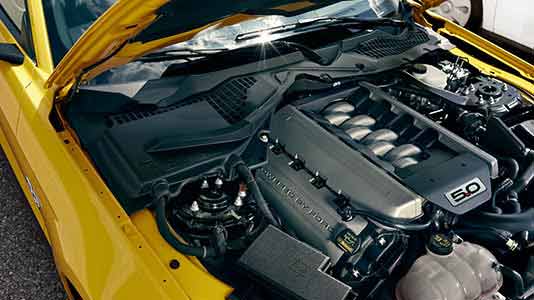 Fuel economy has declined from the outgoing model, with the 2015 Mustang GT returning 15 mpg city/25 mpg highway/19 mpg combined with the manual and 16 mpg/25 mpg/19 mpg with the automatic. 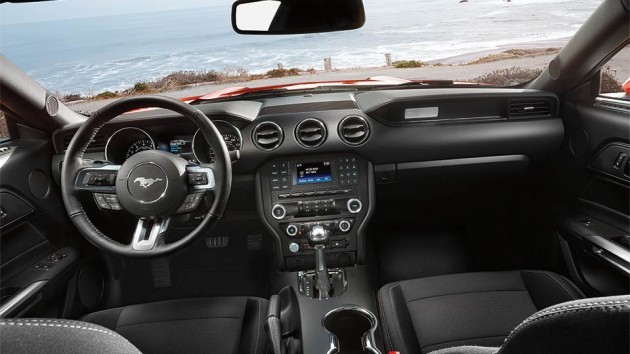 Many of the same classic Mustang hallmarks find their way into the interior of the new model, including the twin eyebrow dashboard and round gauges in the instrument panel. The inside of the Mustang is significantly overhauled with lower seats, a smaller steering wheel, slimmer center console, and a streamlined dashboard. Quality cloth seats come standard, with RECARO® Cloth Sport Seats available; the GT Premium comes standard with leather seats, with RECARO® Leather Sport Seats, Premier Trim with Color Accent Package, and 50 Years Leather available. 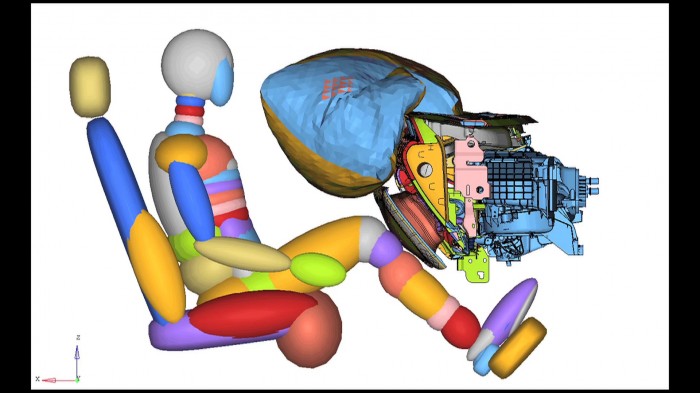 All 2015 Mustangs come standard with a rearview camera, front-seat side airbags, driver’s knee airbag, antilock disc brakes, and traction and stability control. SYNC 911 Assist is also standard across all models. The GT Premium is available with blind spot and cross traffic warnings systems. The 2015 Mustang GT was granted a five-star Overall Vehicle Score from the National Highway Traffic Safety Administration.