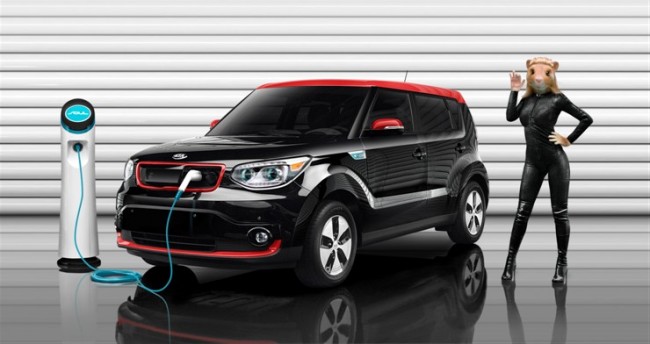 Ad image for the all-new 2015 Kia Soul, which blatantly condones the objectification of hamsters

We’ve seen it hyped by sexualized hamsters, but now we know how much it costs: Kia has revealed that the company’s first electric vehicle, the 2015 Kia Soul EV, will go on sale this October with a price tag of $33,700.

Of course, that’s just what the sticker will say, and doesn’t include the added cost of destination fee or the cost reductions that tax incentives may provide.

Those tax breaks will be most enticing in the state of California, where buyers can get a $2,500 rebate in addition to the federal tax credit, which can go as high as $7,500, depending on the purchaser’s income. Californians who qualify for both could have a new Soul EV for just $23,700. 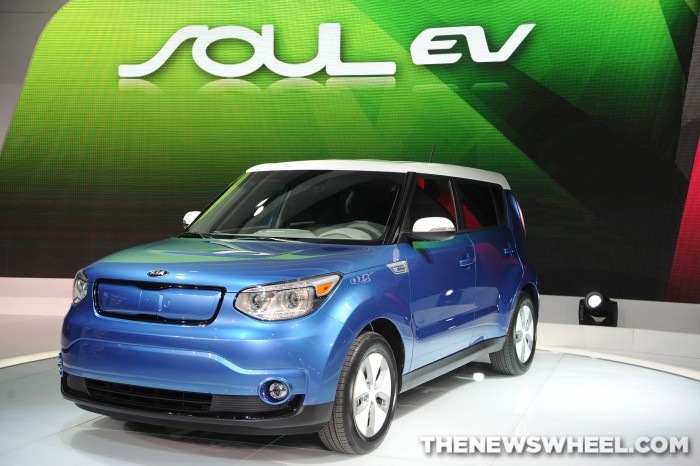 The Soul EV’s 27-kWh batteries power an electric motor that manages a 93-mile range, which translates to an MPGe of 92 miles on the highway and 120 miles in the city (combined 105 miles).

Navigation, Rear Camera Display, Bluetooth, power windows, and cruise control are all standard features. Also, drivers can control the car’s charging timers and pre-heat or pre-cool the cabin when it’s plugged in by using a free smartphone app.

For $2,000 more, you can upgrade to the Kia Soul EV Plus, which will get you heated leather trimmed seats, projection-style fog lamps and power-folding outside mirrors.