What’s new for the Subaru Impreza?

Subaru has provided its long-running Impreza with a pretty decent amount of mid-cycle styling and tech updates this time around. All 2015 four-door and five-door compact models receive revised front styling, an upgraded and quieter interior, modestly improved mileage, and a host of new or newly standard safety features. 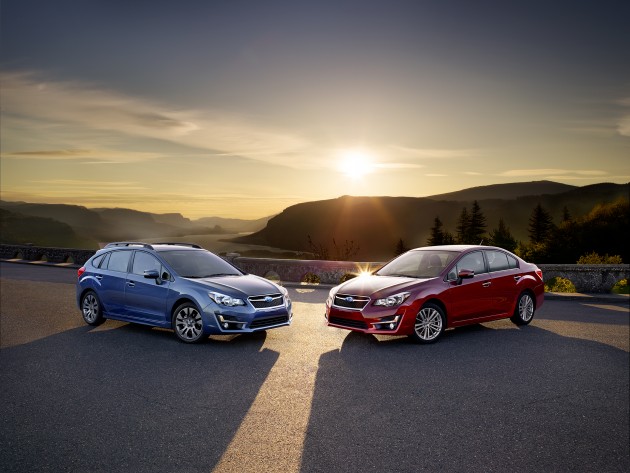 The four-door and five-door models

Subaru is touting the 2015 Impreza’s new front bumper, grille, and headlights, which are meant to evoke the brand’s 2015 Legacy. Overall, though, the cosmetic changes do not make the 2015 model look especially different from the 2014 one. The Impreza’s side mirrors receive a slight alteration for improved aerodynamics, while a low-profile trunk spoiler on four-door models accomplishes the same goal.

Under the hood you’ll find a 2.0-liter four-cylinder engine that provides 148 horsepower and 145 lb-ft of torque, which is the same motor that powered the 2014 Imprezas. Now, however, the engine is paired with the newest version of Subaru’s continuously variable automatic transmission, yielding 28 mpg in the city, 37 mpg on the highway, and 31 mpg combined. Compared to the 2014 model’s ratings, that’s an improvement of 1 mpg in each of the three categories. That’s also the highest fuel economy of any gasoline all-wheel-drive car sold in the U.S. (AWD is standard on all models).

A five-speed manual transmission is standard on the 2.0i sedan and the 2.0.i Sport hatchback, while all other trim levels come with standard CVT. EPA estimates for the manual version have yet to be released.

While its fuel efficiency ratings are significant, automotive enthusiasts who really crave some impressive performance capabilities from their vehicles will actually want to check out the Impreza’s offspring, the Subaru WRX. 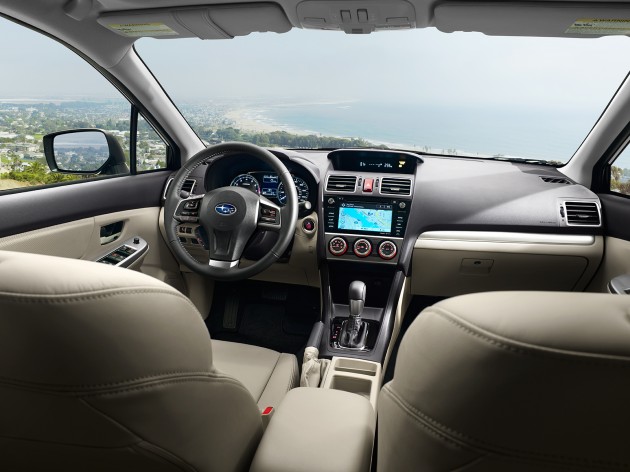 The upgraded interior of the 2015 Subaru Impreza

The 2014 Impreza was one of the noisier compacts in its class, so Subaru has addressed those issues for 2015 with thicker window glass, tighter window seals, and other quiet-enhancing materials.

Subaru is promising upgraded trim materials as well, and newly standard Bluetooth, cruise control, and a USB port. Most exciting is a standard 6.2-inch touch-screen multimedia system, which is increased to seven inches for the 2.0i Limited trims, and also goes from single-touch to multi-touch control, enabling drivers to swipe and scroll.

Side curtain airbags, side-impact airbags for front passengers, and a driver’s knee airbag all come standard, as does a Rear Vision Camera. Award-winning EyeSight® Driver Assist Technology is now available and features lane departure and forward collision warnings. You will have to spring for the 2.0i Limited and 2.0i Sport Limited models to get it, though.