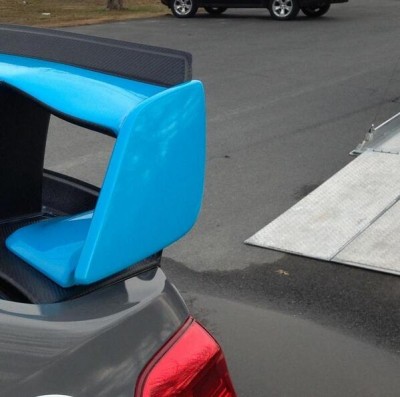 The teaser for the 2015 Subaru Rallycross STI

Remember the other week when Subaru cruelly teased us with the image above ahead of the New York International Auto Show? And remember how we guessed that the blue wing most likely belonged to some kind of high-performance STI? Well, we hate to say, “We told you so,” but—aw, who are we kiddin’? We love to say, “We told you so!”

The blue wing teased ahead of the auto show belongs to the all-new 2015 Subaru Rallycross STI sedan, which debuted last week and will be entered into the RedBull Global Rallycross Championship this autumn. The sure-to-be rallycross champ was prepared by Vermont SportsCar, which is home to Subaru Rally Team USA. 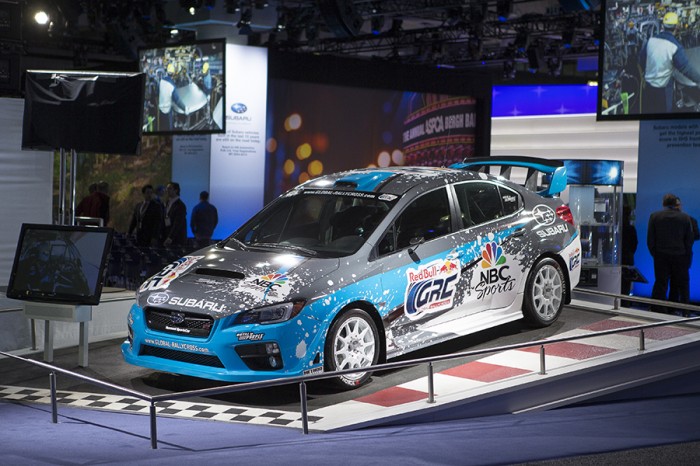 The 2015 Subaru Rallycross STI is powered by turbocharged boxer engine, laying out 600 hp and paired with a sequential gearbox with Subaru Symmetrical All-Wheel Drive. The sedan sits on Method Race Wheels that are wrapped with the Yokohama GRC spec competition tires, and features an advanced rally-spec suspension. 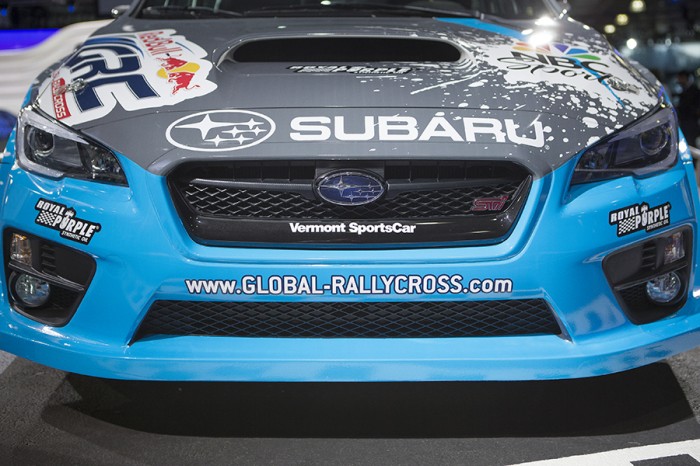 Under the hood is a 600-horsepower turbocharged boxer engine.

The external design is marked by that STI wing that was teased, integrated with carbon fiber aerodynamic enhancements. The exterior design cues also include a custom widebody and classic rally car-style ventilation scoop. 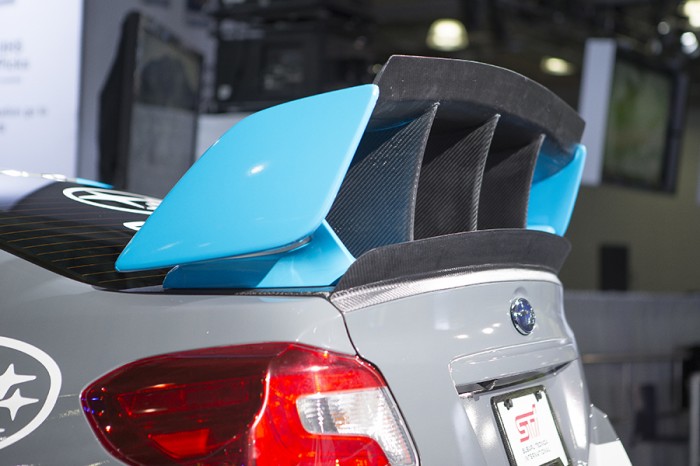 “This unique livery design is a joint project between Subaru, the RedBull Global Rallycross Championship, and NBC for the New York International Auto Show,” said Rob Weir, Subaru Motorsports Marketing Manager. “At Subaru, we are very encouraged by the direction RedBull GRC is going. We’re looking forward to new race venues and a more intimate experience for our fans.”

NBC Sports Group will be the sponsor of the RedBull Global Rallycross Championship, with nine of the ten rounds airing on NBC and the Rally America Championship airing on NBCSN. Subaru has won this championship seven out of the last eight years.

Bucky Lasek and Sverre Isachsen, drivers for the Subaru Rally Team USA, will start the season in the 2014 WRX STI but will transition to the 2015 Subaru Rallycross STI in the fall.

The first Global Rallycross round will be held in Barbados on May 18 and will air on NBC nearly a week later, on May 24 at 1:00pm EST.