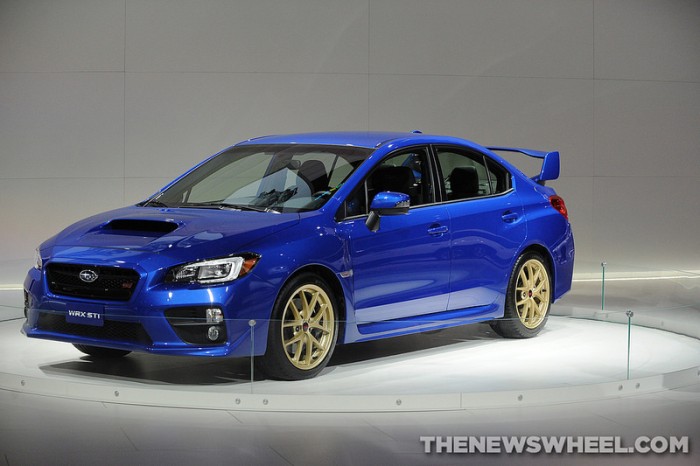 The WRX’s new styling still features that same prominent hood vent, but brings a slightly bolder look to the road thanks to a new hood and new fenders, bumpers and taillight clusters. 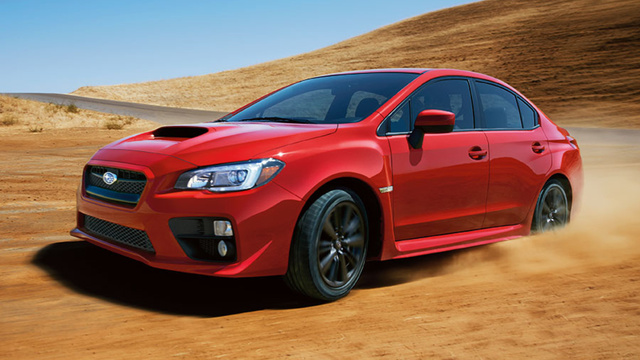 Since being introduced in 2002, good performance for a good value has been the main reason for the success of the WRX. This year Subaru dropped “Impreza” from the title, but this model (like last year’s) is still based on the Subaru Impreza, which has been around since 1992. Yet the performance capabilities of the WRX far exceed that of a standard Impreza, thanks to an engine that is all new for 2015.

The 2015 WRX is powered by a new 2.0-liter turbocharged four-cylinder boxer engine, which is smaller than the 2014’s 2.5-liter but raises the horsepower to 268. The new motor can accelerate this auto from 0 to 60 in six seconds.

That muscle gets filtered through a revised, torque-vectoring all-wheel-drive system that makes for better traction and car control. There are two options for transmission: a newly standard six-speed manual or a continuously variable transmission.

The wheelbase is a whole one inch longer in 2015, which translates to a slightly roomier cabin (rear seat legroom has grown two inches since 2014). Inside, drivers will also find a lower dashboard and narrower A-pillars, as well as a new flat-bottom, leather-wrapped steering wheel with switches that control audio and Bluetooth technologies. A new 4.3-inch LCD display screen provides rear camera display, boost gauge display, audio, and Bluetooth and climate control settings. 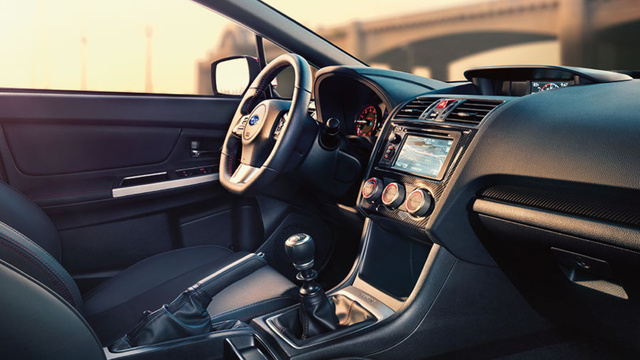 Stability and traction control, antilock disc brakes, front side airbags, side curtain airbags, a knee airbag for the driver and active front head restraints come standard on every Subaru WRX. The 2015 model was awarded an Insurance Institute for Highway Safety Top Safety Pick, after scoring a highest-possible rating of “Good” on all five crash tests.