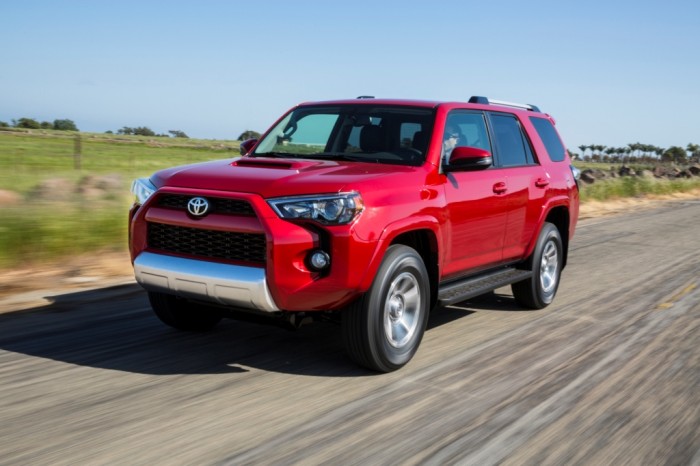 The truck-based 2015 Toyota 4Runner SUV remains fairly unchanged from its 2014 predecessor, which saw a hefty refresh. The one main (and exciting) difference is the addition of the TRD Pro trim level, which caters to those who frequently drive off-road and need a vehicle that’s well up to the challenge. 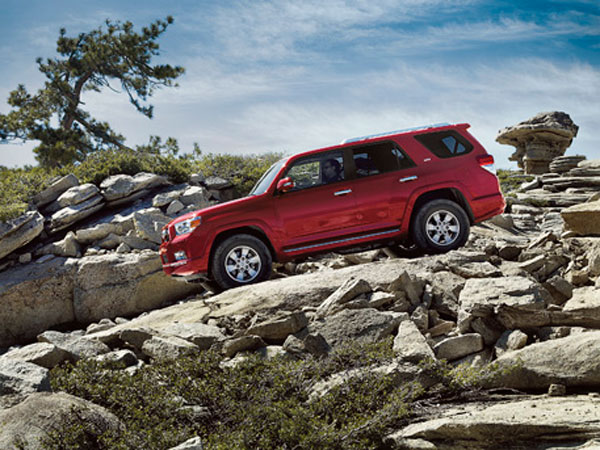 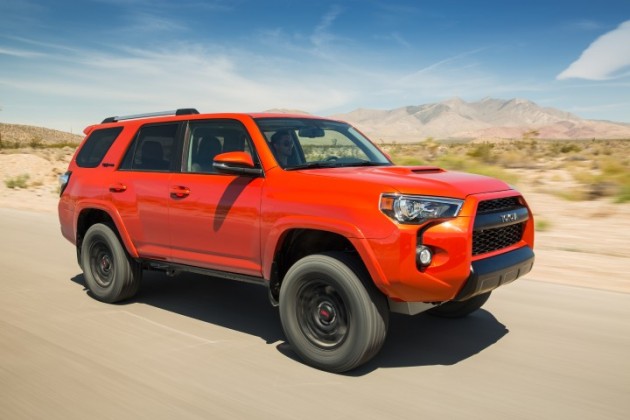 Each 2015 4Runner model is equipped with the same 4.0-liter V6 engine that yields 270 horsepower and 278 lb-ft of torque. In the SR5 and TRD Pro models, rear-wheel drive with automatic limited-slip differential is standard (with available 4WD), while the Trail and Limited come with part-time 4WD with active traction control. When properly equipped, the 4Runner is capable of towing up to 4,700 pounds. 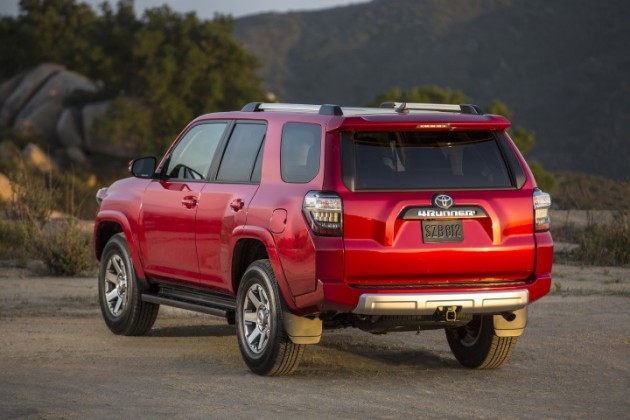 Efficiency is where SUVs often lose out to crossovers, which offer greater fuel economy and therefore save drivers more money at the pump. The 2015 4Runner comes with fairly standard fuel-efficiency ratings for its segment—19 mpg combined for RWD models, and 18 mpg combined for 4WD models. You definitely won’t be saving money on gas if you buy a 4Runner, but you’ll gain plenty of cool features to make up for that. 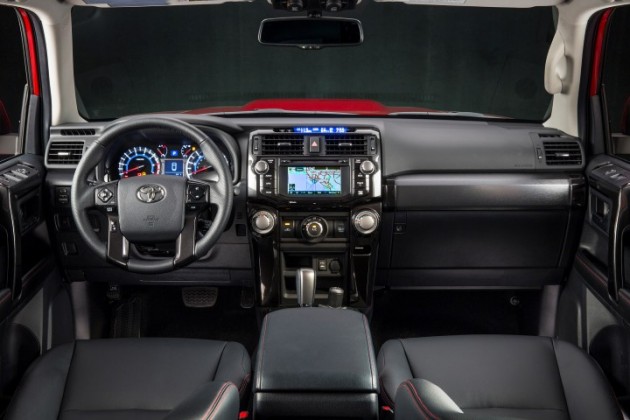 One word that could be used to describe the 2015 4Runner’s interior is “spacious.” Another one is “simple.” While some cars come with enough knobs and buttons to confuse a rocket scientist, the 4Runner’s dash remains simple and easy to use. The cabin is lined with quality, durable materials—exactly what you want when taking your vehicle into the wilderness. A 40/20/40-split reclining second-row seat ensures passengers will remain comfortable. For larger families, third-row seats are available in the SR5 and Limited trims, although the third-row isn’t spacious enough to be comfortable for adults. With the rear seats folded flat, the 4Runner affords a massive 90 cubic feet of cargo space.

Technology-wise, the 4Runner is well equipped to keep you entertained on longer journeys. A touchscreen audio interface appears high on the center stack, and offers a variety of services and apps via Toyota’s Entune infotainment system. Additionally, the TRD Pro and Limited models come with navigation—a must for adventurous drivers who tend to prefer to take the road less travelled. 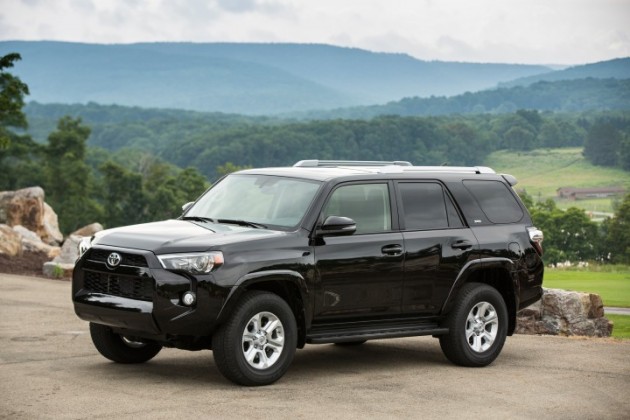 The National Highway Traffic Safety Administration (NHTSA) awarded the 2015 4Runner four out of a possible five stars for its performance in various crash tests.