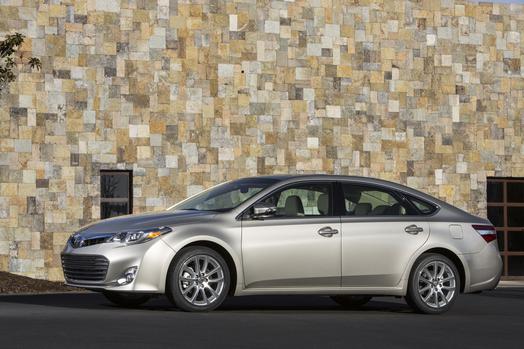 As we near the end of 2014, it seems that we see new 2015 models going on sale on a weekly basis. The next model to grace our roads will be the 2015 Toyota Avalon, which is due to arrive at dealerships across the country at the end of October. Just before its release, 2015 Toyota Avalon pricing has been revealed, so if you’ve been waiting to get your hands on this flagship sedan, now you know what it’ll set you back!

The 2015 Avalon will start at $33,110, which is a $695 price increase over the outgoing model year. This reflects the addition of a backup camera system as a standard feature in all models, as well as second-generation Toyota Entune radio. Another addition to the 2015 model year is a standard Blind Spot Monitor in the XLE Touring and Hybrid XLE Touring models.

New for 2015, a limited-edition XLE Touring Sport Edition will offer Attitude Black exterior color, 18-inch black-painted machined finish alloy wheels, and aluminum scuff plate doorsills. This model will cost you $37,995, which includes shipping. Toyota will only make 2,500 of these models between late October 2014 and March 2015, so if this sounds like your dream car, you’d better get moving!

Look out for the 2015 Toyota Avalon configurator, which is promised to be released soon!

Car of the Future: Making History with the Toyota Fuel-Cell Vehicle