The redesigned Chevy Malibu has been featured heavily in GM ad campaigns in 2016, which mainly focus on the vehicle’s exterior styling and new technology, but now Chevy has something else to boast about, as the ‘16 Malibu recently earned Top Safety Pick+ honors from the Insurance Institute for Highway Safety (IIHS).

To qualify for this prestigious award, the new Malibu had to score “Good” ratings in all five crash tests, including the difficult small overlap front safety test. In addition, the 2016 Malibu received a “Superior” rating for front crash prevention capabilities. 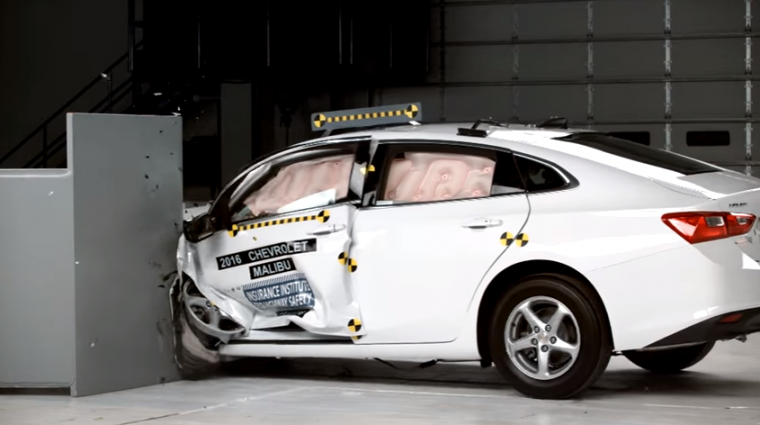 Also, this Top Safety Pick+ honor does not apply to the Malibu Limited, which is a carryover model from 2015. The Malibu Limited did not receive the same “Superior” rating for front crash prevention.

The 2016 model year marks the first time that the Malibu is offered with automatic braking and forward collision warning technology.

The 2016 Chevy Malibu joins the 2016 Toyota Camry and 2016 Honda Accord as mid-size sedans that have earned Top Safety Pick+ honors from the IIHS, as well as 5-star overall safety ratings from the NHTSA.