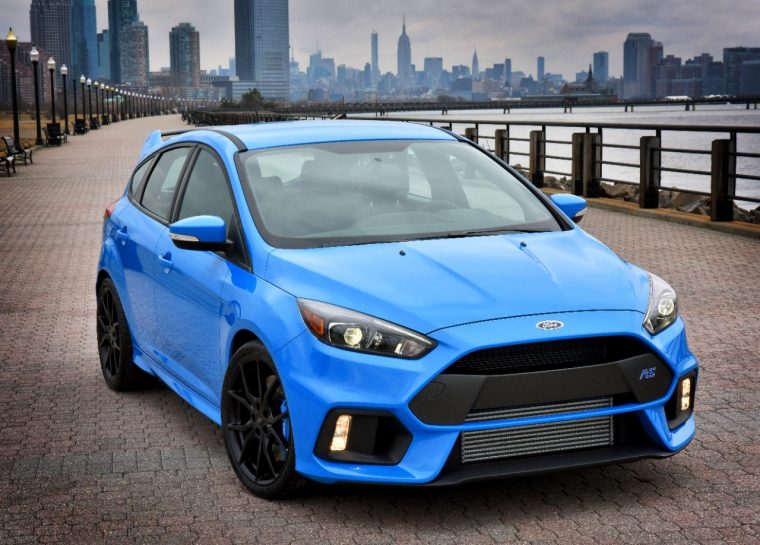 Performance enthusiasts have been all atwitter since the reveal of the 2016 Ford Focus RS earlier this year, hotly anticipating hooning with the aid of Ford Performance All-Wheel Drive and Dynamic Torque Vectoring Control and a 2.3-liter EcoBoost engine originally anticipated to produce somewhere north of 315 horsepower.

As Ford revealed this week, that output will be quite a bit north of 315 horses. According to an announcement coinciding with an appearance at the 2015 Frankfurt Motor Show, the 2016 Ford Focus RS will run from 0 to 60 in 4.7 seconds and reach a top speed of 165 mph thanks to 350 horsepower and 350 lb-ft of torque.

The 2016 Focus RS will also utilize launch control technology that helps the driver achieve maximum torque and smooth acceleration. Coupled with Ford Performance All-Wheel Drive and Dynamic Torque Vectoring Control, as well as all that horsepower, this thing is going to be a boss. Oh, and it also has anti-spider screens.

“The all-new Focus RS will bring the legendary nameplate to a new generation of global customers for the first time,” said Dave Pericak, director, Ford Performance. “Focus RS delivers stunning performance and innovative technology at a price that will make both enthusiast consumers and premium automakers look twice.”

Ford also officially announced pricing for the Focus RS, which will start at $36,605. The Focus RS will be built in Saarlouis, Germany, and is expected to be released in North America by spring 2016.