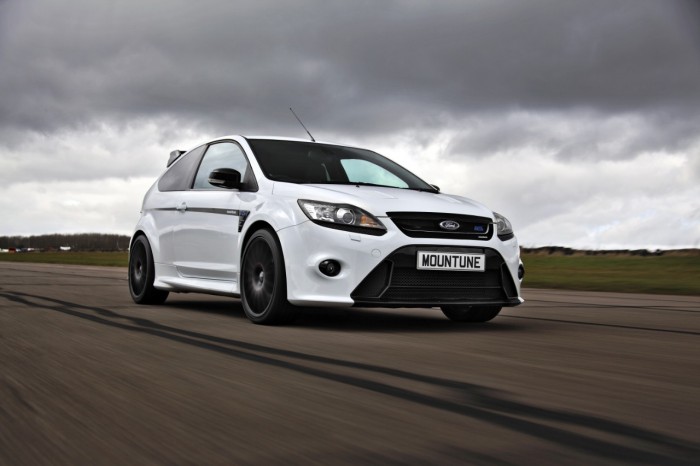 If you love crazy, you’ll love the 2016 Ford Focus RS. It’s the product of a power-mad mind, and it’s sure to become a fast favorite among hot hatch lovers. While nothing has been confirmed—including whether the Focus RS is actually on the docket for America or not—the presence of test mules across the States seems to suggest that the future of crazy is looking bright.

Spy photos granted to Motor Authorityreveal that the 2016 Ford Focus RS will be a five-door monster that is likely to be powered by the new Mustang’s 2.3-liter EcoBoost four-cylinder. In case you’ve forgotten, the 2.3-liter is good for 330 horsepower, which would make the Focus RS a good 80 horses more powerful than the new 2015 Focus ST.

Oh, and there’s the matter of those horses all being provided to the front wheels. Yep. The 2016 Ford Focus RS is going to be FWD, and it’s going to be a thing of beauty.

Motor Authority figures for a mid-2015 debut, which means that we could be waiting for as long as November to get our first official look at the Focus RS.

Patience is a virtue, sure, but when it comes to a 330-horsepower FWD performance car, conventional logic doesn’t really apply, so we’ll just start frothing at the mouth now if that’s quite all right.