2016 Ford Ranger Revealed: Will It America? (Probably Not) 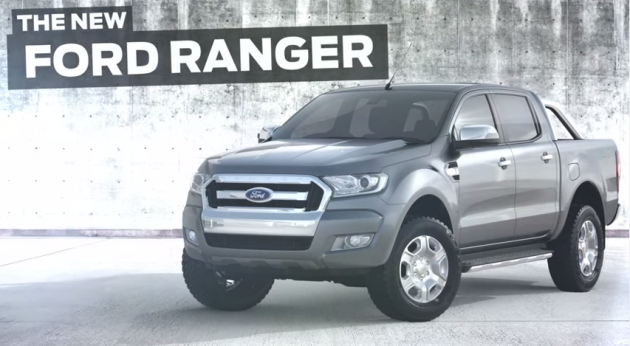 2016 Ford Ranger: America needs this, probably won’t get this

The first 2015 Ford F-150 has been delivered to a customer in San Antonio, and before too long, Ford dealerships all across the country will be fully stocked with the completely revamped pickup truck.

While the F-150 is sure to be a hit with truck buyers, it may not necessarily be the unanimous choice for all: the 2015 Chevy Colorado has been making quite the splash with customers looking for full-size pickup power and increased efficiency, indicating that the demand for smaller trucks is still strong in the United States.

This, of course, begs the question: will Ford release a new version of the Ranger in the US?

Doug Scott says that it’s not happening, but a Wildtrak Orange Ranger was spotted uncovered driving around on American soil back in August.

Still, other parts of the world will be getting a 2016 Ford Ranger, as indicated by this teaser trailer from Ford Asia Pacific:

There isn’t much in the way of detail yet about the 2016 Ford Ranger, but it’s likely that there will be more information about powertrians, power, fuel economy, and capability divulged at some point within the next couple of months.

With any luck, at least some of that information will point toward a 2016 Ford Ranger for American truck lovers. Seriously, we kind of need this thing.