2016 Ford Taurus Will Be More Fuel-Efficient 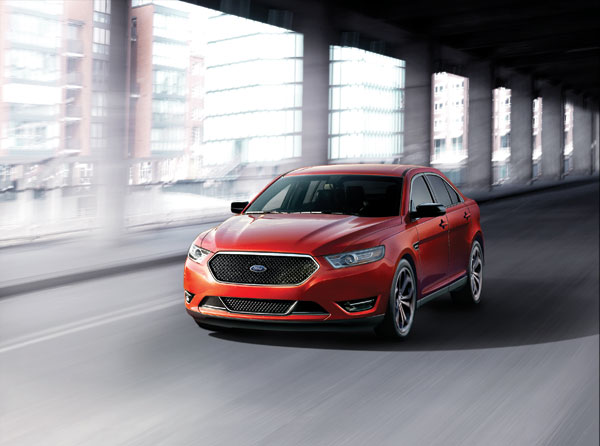 We may only be a quarter of the way through 2014, but automakers are already spilling the beans on their 2016 model lineups. One of the most recent cats let out of the bag is actually more of a bull (which makes us wonder how big that bag had to have been): Ford has, unofficially, reported on the 2016 Ford Taurus, which will go on sale in the third quarter of 2015, according to Edmunds.

Reportedly, the 2016 Ford Taurus is going to see a significant boost in fuel efficiency and will be much lighter and much faster. While dropping some of the Taurus’ weight will certainly help, the addition of a nine-speed automatic transmission will be one of the bigger factors in improving the sedan’s fuel economy. Edmunds also reports that the redesigned Taurus will share the Ford Fusion’s front-wheel-drive platform. The current Taurus was built on a Volvo platform, as the Blue Oval had owned Volvo at the time.

An unnamed source delivered the news to Edmunds, going on to say, “The problem with today’s Taurus is that it is overweight and even the high performance SHO is not really competitive. With all the power from the (365-horsepower) V6 EcoBoost, it is pretty hard to overcome the amount of mass that the SHO has to move.”

In fact, the informant reports that the Taurus SHO is essentially the same weight as the Audi A8 L, which is bigger than the Taurus but makes use of aluminum to produce a similar weight.

There is no word yet on a target fuel economy for the 2016 Ford Taurus, but the current 2014 model yields 19 mpg in the city and 29 mpg on the highway. (That’s with the powerful 3.5-liter V6 matched with a six-speed automatic gearbox.)

Keep checking back in with The News Wheel for more updates on the current and future Ford Taurus.