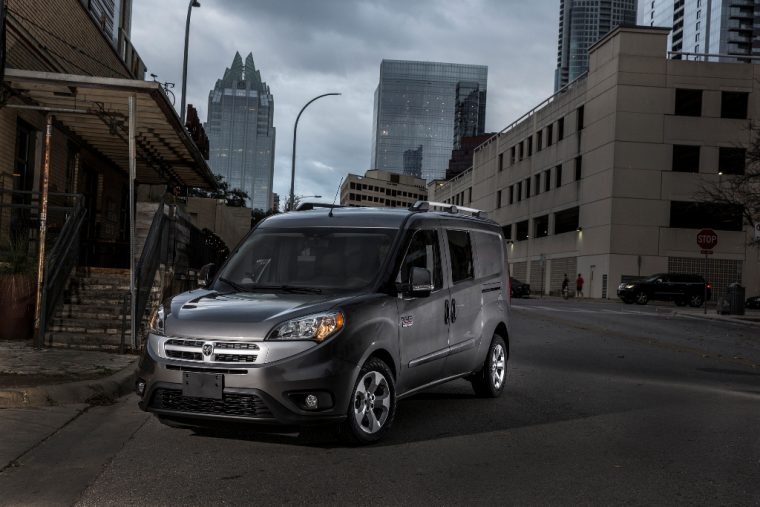 When you’re asked to think of an eco-friendly vehicle, it’s likely you picture something like the Toyota Prius—but Ram is about to change that. The 2016 Ram ProMaster City was recently named the 2016 Commercial Green Car of the Year by Green Car Journal, changing the way we look at commercial vans.

The ProMaster City was awarded the prestigious title by Green Car Journal at the 47th annual San Antonio Auto & Truck Show in San Antonio, Texas. Green Car Journal editors tested and analyzed each commercial vehicle in the United States to determine the greenest of the green. Each vehicle was measured for its environmental attributes, along with its functionality, versatility, safety, value, and style.

“We are honored to see the Ram ProMaster City titled Commercial Green Car of the Year, affirming our efficiency leadership in the commercial vehicle market,” said Bob Hegbloom, Head of Ram Brand in FCA-North America. “The ProMaster City has been an incredible success along with our full line of commercial vehicles from Class 5 trucks to Class 1 vans with features, fuel economy, and capability as a priority.”

For the 2016 model year, the Ram ProMaster City doesn’t just offer superior fuel efficiency—it also offers a 1,883-pound payload, 131.7 cubic feet of cargo volume, and 178 horsepower. This cargo van truly goes unmatched in its segment. After all, there’s good reason the US Postal Service has purchased more than 9,000 of these vans.

This is the second year in a row the Ram brand has earned recognition by Green Car Journal for its eco-friendly vehicles. Just last year, the 2015 Ram 1500 EcoDiesel earned Green Truck of the Year for its best-in-class 29 mpg fuel economy rating.