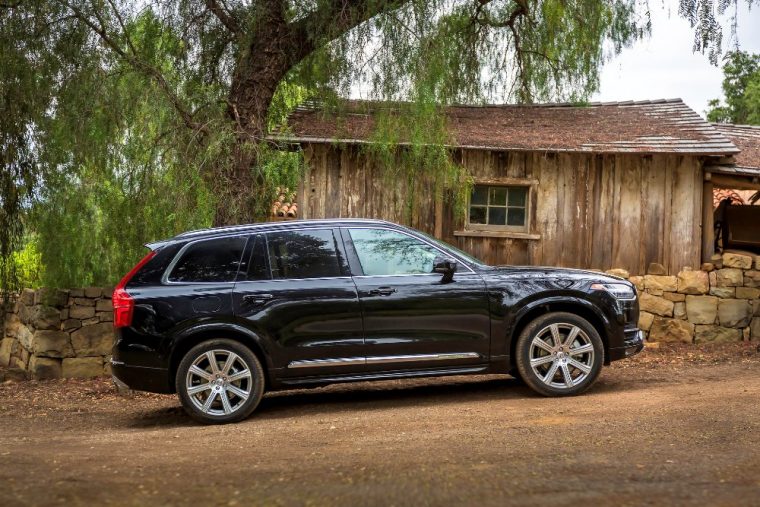 This is the second time the Volvo XC90 has won the North American Truck of the Year award
Photo: Automotive Rhythms

More News From Volvo: Check out the full lineup of Volvo plug-in hybrid models for 2019

The Volvo XC90 beat out the Honda Pilot and Nissan Titan XD for the prestigious award, which the XC90 previously won back in 2003.

An independent group of automotive journalists decided the seven-passenger XC90 SUV deserved the award based on its value, innovation, driver satisfaction, design, and safety features.

The 2016 Volvo XC90 comes equipped with a supercharged and turbocharged 2.0-liter four-cylinder engine good for 316 horsepower and 295 lb-ft of torque. The Volvo XC90 also comes standard with a rearview camera, as well as frontal-collision warning and automatic braking. The 2016 Volvo XC90 was also named a Top Safety Pick+ by the Insurance Institute for Highway Safety.

“I think it may have been one that people didn’t think would be as good as it turned out,” said John Voelcker,” editor of GreenCarReports.com and an award juror.

In total, foreign automakers have won the Truck of the Year title seven times, while domestic manufacturers have snagged the award 15 times.

Video: Journalists Name the Volvo XC90 2016 Truck of the Year

DIY Car Care: Discover how to easily clean the air vents in your car