The 2017 Audi A4 is a European luxury sedan that carries a starting MSRP of $37,300. While the A4’s main competitors may be the Mercedes-Benz C-Class and BMW 3 Series, the new Audi A4 is in a league of its own when it comes to technology. The A4 offers 21 different driver-assistance technologies and it’s also available with Audi’s Virtual Cockpit, which employs a 12.3-inch LCD touchscreen that drivers can use to navigate, as well as enjoy music by using Apple CarPlay or Android Auto. 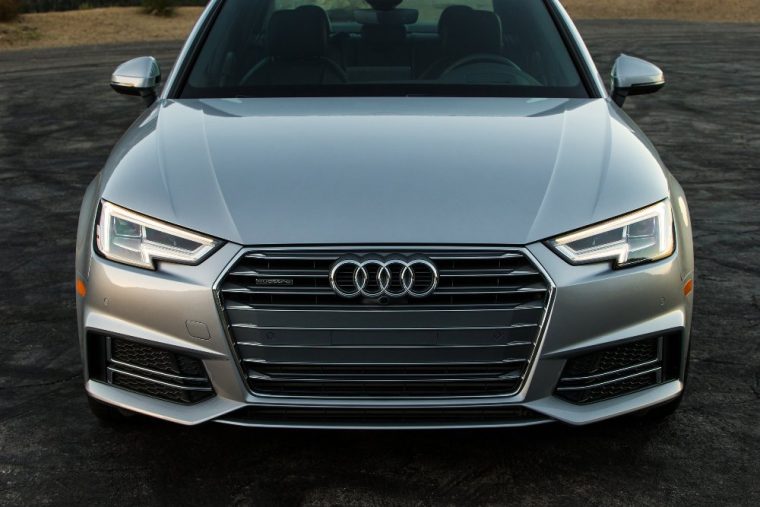 The Audi A4’s turbocharged four-cylinder engine is rated at 32 more horsepower and 15 additional lb-ft of torque over last year’s offering. In addition, the 2017 Audi A4 is one inch longer overall and its wheelbase is approximately half an inch wider. 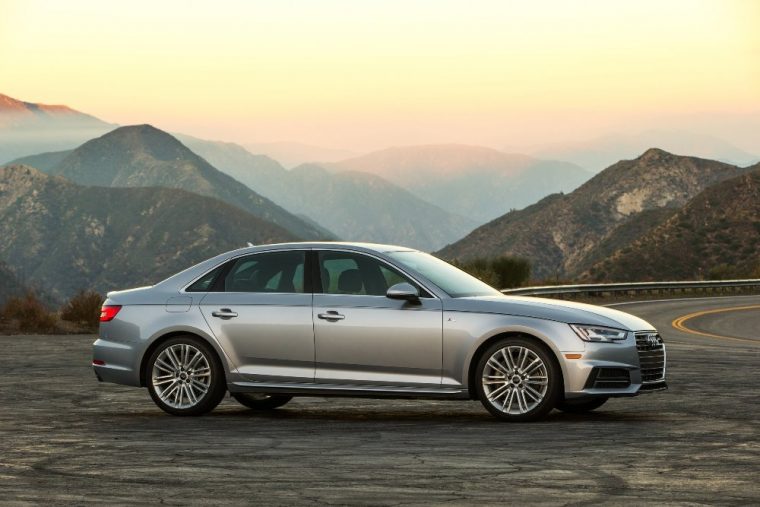 The 2017 Audi A4 offers a classic and sophisticated exterior design that’s highlighted by its distinctive diamond-inspired Singleframe® grille. Consumers who are concerned about the effectiveness of the new A4’s headlights should be happy to hear the sedan comes standard with LED taillights, as well as xenon plus headlights with LED daytime running lights. Those who will be traveling directly behind this new Audi will notice the A4 also comes with rear fog lights and dual exhaust outlets. Exterior color options for the 2017 Audi A4 include Scuba Blue Metallic, Glacier White Metallic, and Brilliant Black.

Exterior available on the 2017 Audi A4 Premium

Exterior available on the 2017 Audi A4 Premium Plus

Exterior available on the 2017 Audi A4 Prestigue 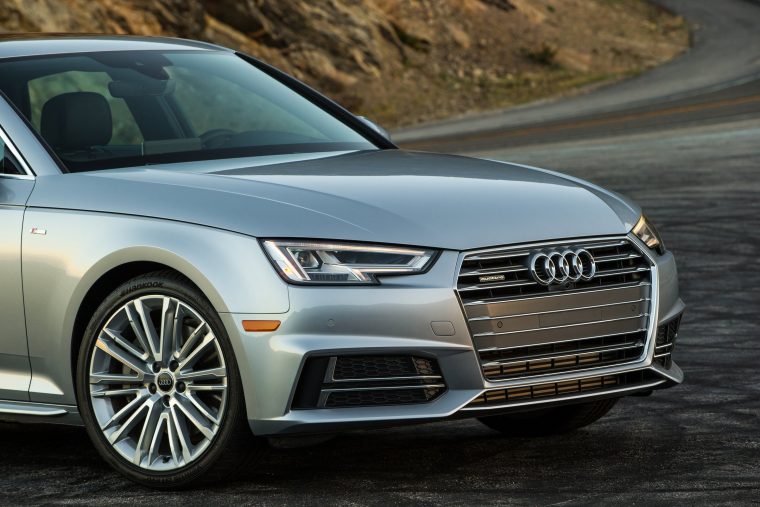 Underneath its hood, the 2017 Audi A4 features a turbocharged 2.0-liter four-cylinder engine that produces 252 horsepower and 273 lb-ft of torque. That turbocharged engine works with a dual-clutch automatic transmission. While this sedan comes standard as a front-wheel drive machine, it is also available with Audi’s famous Quattro all-wheel drive system. If speed is what you’re looking for, Audi estimates the new A4 sedan can accelerate from 0 to 60 mph in 5.7 seconds and can reach an electronically-limited top speed of 130 mph. 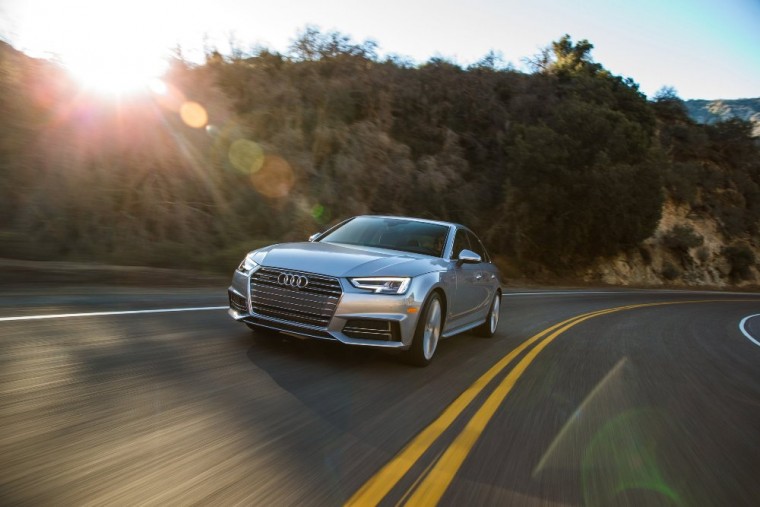 Audi has yet to release details about the 2017 A4’s fuel economy, but the FWD version is nearly 100 pounds lighter than last year’s sedan, which was good for 25 mpg combined. Highway commutes should also become more efficient due to the vehicle’s semi-autonomous driving systems. The Adaptive Cruise Control system can automatically slow down the vehicle when it detects a slower moving car ahead, and then it can accelerate back to a preset speed once you pass that car. Also, the Turn Assist feature can engage the brakes if sensors detect that another car is beside the A4 while attempting to switch lanes. 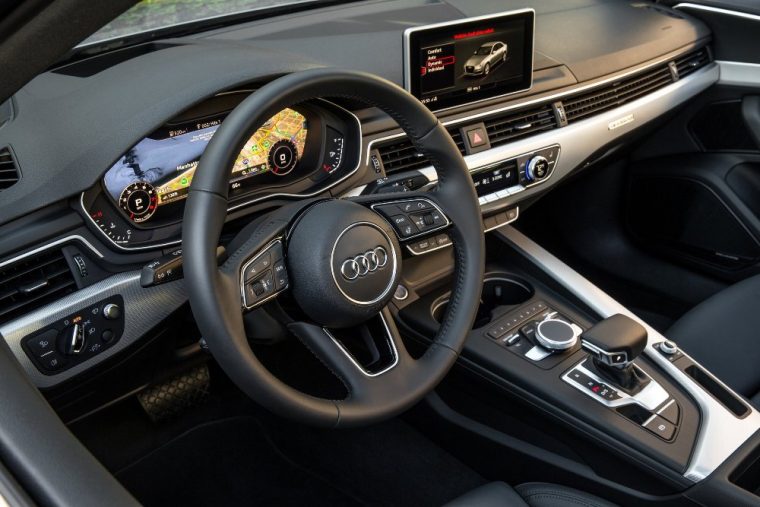 The inside of the 2017 Audi A4 comes standard with leather seating surfaces, aluminum trim, and a sunroof that adds premium comfort and refinement to the sedan’s strong tech features and performance. The driver–and up to five passengers–can also enjoy a standard three-zone automatic climate control system on warm days. As for the sedan’s available cargo space, with 13 cubic feet behind the rear seats, this certainly isn’t a great vehicle for transporting large furniture, but it’s certainly enough for a small grocery run, gym supplies, or a work briefcase.

Interior available on the 2017 Audi A4 Premium

Interior available on the 2017 Audi A4 Premium Plus

Interior available on the 2017 Audi A4 Prestigue 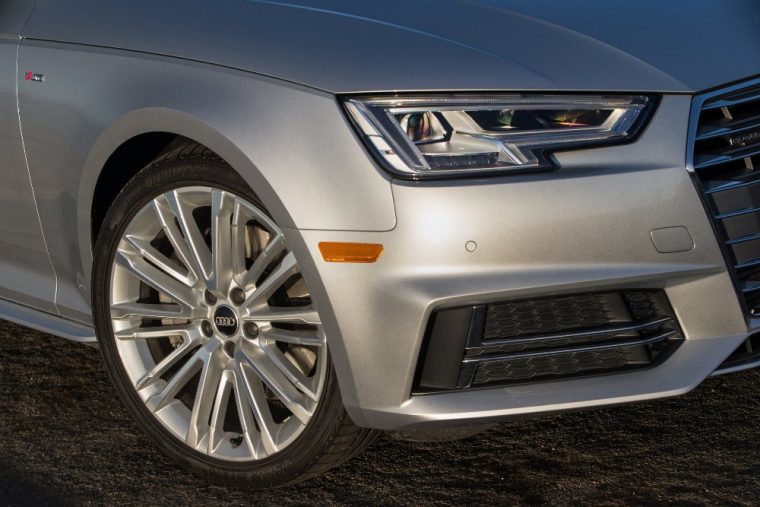 At the time of this writing, the 2017 Audi A4 has yet to be safety tested by either the National Highway Traffic Safety Administration (NHTSA) or the Insurance Institute for Highway Safety (IIHS), but the similarly constructed 2016 Audi A4 did earned the best possible safety rating of five stars from the NHTSA. Besides being offered with Adaptive Cruise Control and Turn Assist technologies, the 2017 A4 is also available other advanced safety features such as park assist, rear cross-traffic alert, and forward collision warning.

Best Buys: Check out the incentives offered for those people in Audi’s owner loyalty program