The 2017 Chrysler Pacifica is the newest competitor in the minivan segment, and it’s starting off hot. This brand-new minivan is a major update from last year’s Chrysler Town & Country minivan, offering consumers a very different interpretation of a soccer mom vehicle. Rather than giving consumers another bland minivan—because it’s hard to ignore the fact that the Town & Country was bland—Chrysler is giving the younger generation of parents a minivan they actually won’t hate themselves for owning. Really. The Pacifica is that great. And, as if it couldn’t get any better, the Pacifica is also going to be the first minivan ever to have a hybrid powertrain option.  If it wasn’t cool, then perpetually cool dad Jim Gaffigan wouldn’t be touting it, right?

A Rich History: Learn more about the history of Chrysler 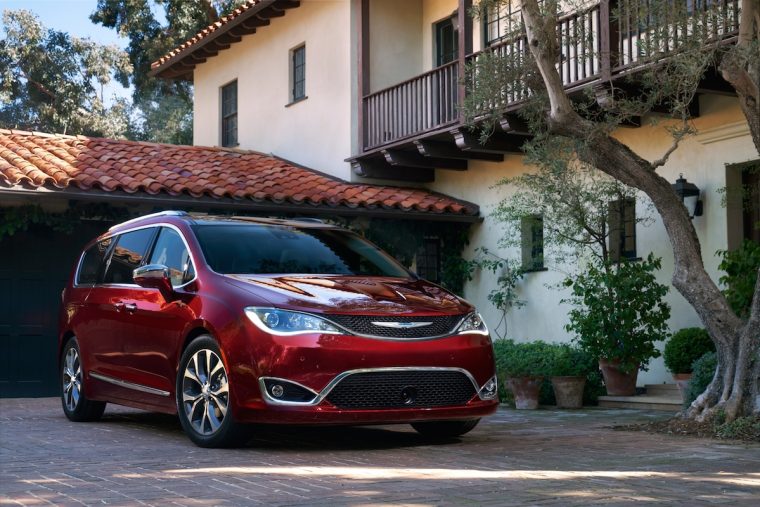 What’s New for the 2017 Chrysler Pacifica

The 2017 Chrysler Pacifica is an all-new minivan option. It is replacing Chrysler’s Town & Country minivan, which has been discontinued. 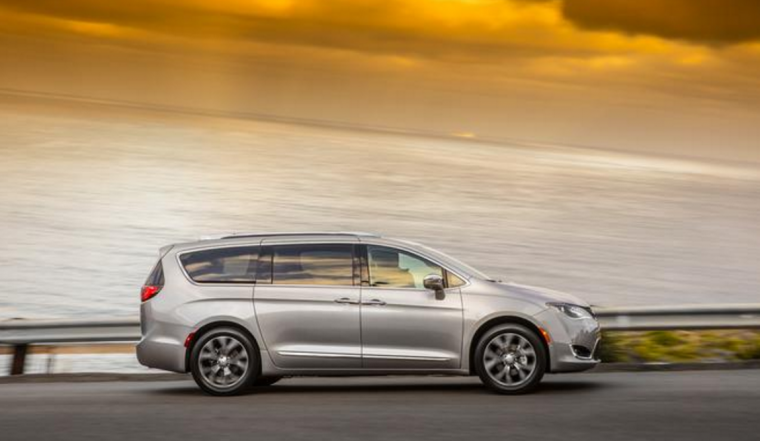 There are few minivans that can earn the honor of being called “stylish”—and one of them happens to be the 2017 Chrysler Pacifica. Sleek lines, a sculpted body, and a unique, modern grille design helpthe Pacifica stand out from the crowd. It’s truly a minivan for the modern parent. Add that it’s the most aerodynamic Chrysler minivan yet, and you’ve got one family hauler that’s difficult to ignore.

Exterior available on the LX:

Exterior available on the Touring:

Exterior available on the Touring L:

Exterior available on the Touring L Plus:

Exterior available on the Limited: 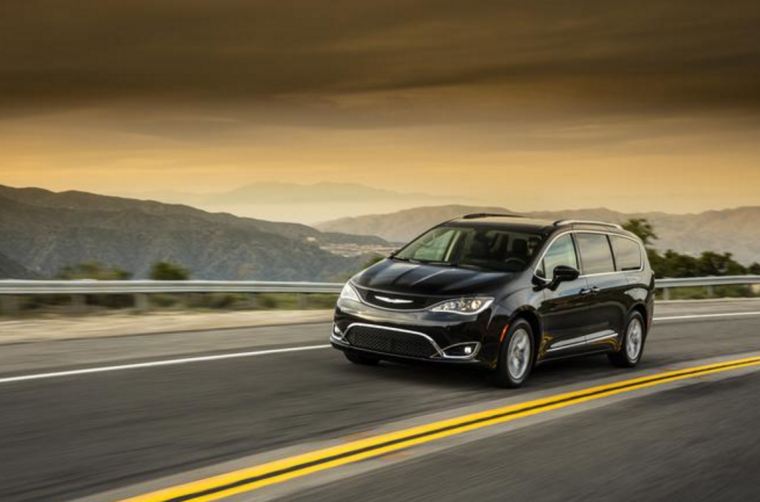 Each 2017 Chrysler Pacifica model comes standard with a 3.6-liter V6 engine that churns out a healthy 287 horsepower and 262 lb-ft of torque. A nine-speed automatic transmission is also standard, along with front-wheel drive. Eventually, Chrysler plans on adding an automatic stop-start function midway through the model year, along with a hybrid version. The hybrid model will use a special version of the same engine, mating it to a 16-kWh floor-mounted battery pack. 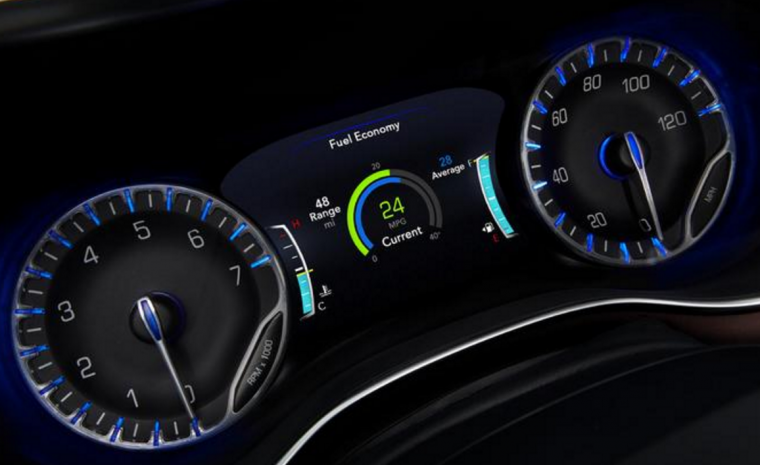 EPA-estimated fuel economy for the 2017 Pacifica comes in at 18 mpg city and 28 mpg highway, giving it a total 22 mpg combined. This number will drastically improve with the Pacifica Hybrid, which is supposed to be able to travel up to 30 miles on electric power alone before switching to the gas/electric hybrid operation. 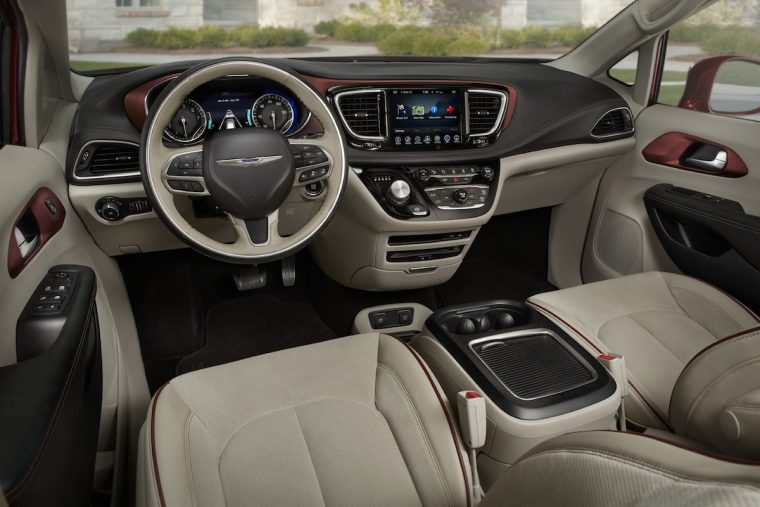 The 2017 Pacifica is taking comfort and adding a significant dose of modern style for its cabin’s design. A sleek dashboard has flowing lines and has a new metallic rotary gear selector knob, rather than the typical minivan gear shift. Though there is an open floor between the second-row seats—which means no center console storage—there are still plenty of cubbies, slots, and bins to offer extra storage. Interior quality is extremely high with some pretty impressive materials used even on the base trim level. After all, there’s a very good reason why the 2017 Chrysler Pacifica was named on Wards 10 Best Interiors list for 2016. Its truck even has hooks to keep your grocery bags from sliding around. How crazy is that?!

On top of looking pretty, the Chrysler Pacifica’s interior has plenty of technology, too. The available 8.4-inch Uconnect touchscreen offers crisp, clear graphics and quick processing. Better yet, there is even a new “Uconnect Theater” option that gives the passengers in the back seat two 10-inch touchscreens mounted in the back of the front seats, a variety of inputs for each screen, and some built-in apps and games. With this system, road trips will get a whole lot more fun.

Interior available on the LX:

Interior available on the Touring:

Interior available on the Touring L:

Interior available on the Touring L Plus:

Interior available on the Limited: 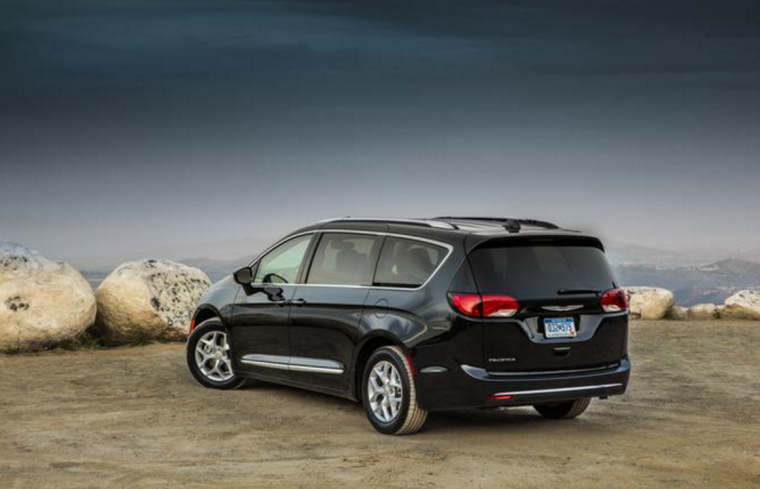 The 2017 Chrysler Pacifica has yet to be tested by any government safety agency, but its list of standard safety features is a long one. It even comes with a subscription-based Uconnect Access service, which offers emergency assistance, remote door locking/unlocking, and vehicle location services.

A Brand for the People: Check out Chrysler’s Premium to the People advertising campaign