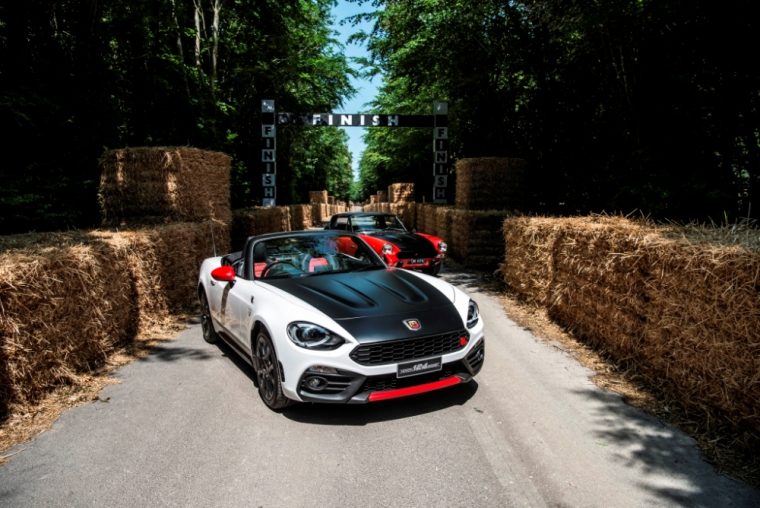 The new Fiat Abarth 124 Spider recently made its official debut in Japan, where it’s expected to compete for sales with the popular Mazda MX-5 Miata roadster.

According to Auto Evolution, the Japanese version of Fiat Abarth 124 Spider will come equipped with a turbocharged 1.4-liter engine good for approximately 168 horsepower and 184 lb-ft of torque. That’s a significant power increase over the 1.5-liter motor equipped inside the Japanese MX-5 Miata, which only produces about 129 horsepower.

The Abarth model differentiates itself from the regular Fiat 124 Spider due its high-performance Brembo brakes, unique body kit, and Bilstein dampers. In addition, the Abarth 124 Spider makes use of a double wishbone front and multi-link rear suspension in order to improve performance at the track.

Other standard features of the Abarth 124 Spider being sold in Japan include gray 17-inch wheels and a two-tone Alcantara interior. Consumers have the choice of either the standard six-speed manual transmission or an available automatic gearbox. However, it should be noted that selecting the optional automatic transmission raises the price of the convertible by more than $1,000.

The main area in which the MX-5 Miata does have a clear advantage over the Fiat Abarth 124 Spider is its price tag. In Japan, the starting MSRP of the MX-5 Miata is $24,490, which is significantly less than the $38,170 that Fiat is asking for the Abarth version of its 124 Spider.

This price gap could cause younger Japanese buyers to shy away from the Abarth 124 Spider, which could potentially be an issue since that’s the demographic that Fiat is presumably targeting with its edgy new roadster.