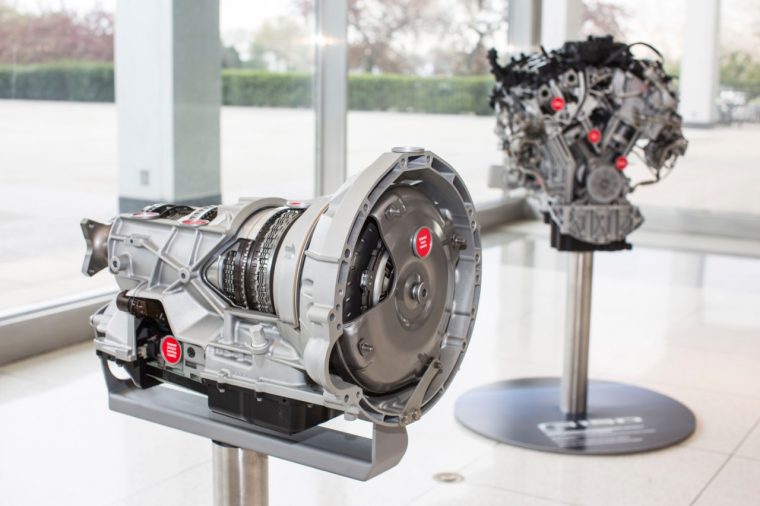 Ford announced today that the 2017 F-150 will launch both the new second-gen 3.5-liter EcoBoost engine and the first volume-production 10-speed automatic transmission. Both features will contribute not just to improved efficiency, but also to improved power and performance.

“The Ford truck team lives to serve our hardworking truck customers,” said Raj Nair, Ford executive vice president, Product Development, and chief technical officer. “The powertrain is the heart of every F-150, and together our all-new 3.5-liter EcoBoost and 10-speed transmission will give our customers better power, efficiency and confidence.”

Ford revealed that the new 3.5-liter EcoBoost will offer 30 lb-ft more peak torque than its predecessor, providing up to 450 lb-ft of torque—good enough to earn the claim of best-in-class among V6 engines. It will utilize a new dual-direct and port fuel-injection system, also a first-ever feature for a Ford.

New turbochargers provide more boost with electrically-activated wastegates—also a first—and a lightweight turbine wheel. In all, with the help of features including hollow camshafts, the 3.5-liter EcoBoost cuts about four pounds compared to the first-gen powertrain. 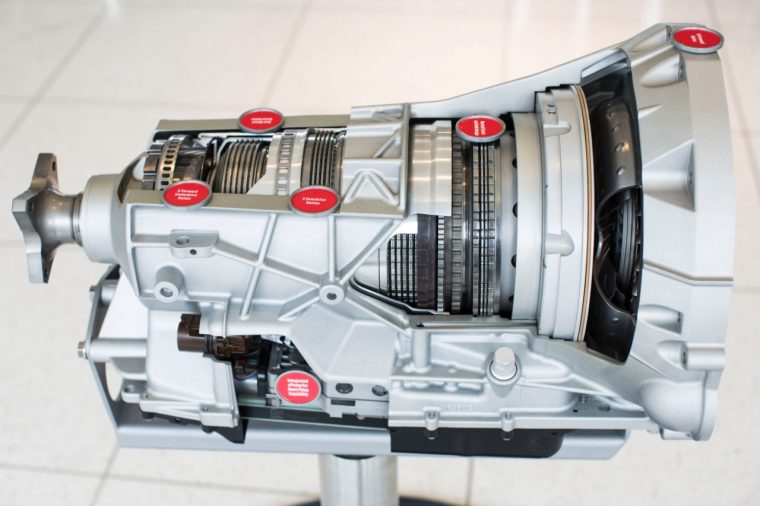 Lightweighting also extends to the 10-speed transmission: it is the first Ford gearbox that does not utilize cast-iron components, and an integrated torque converter and turbine clutch cuts in excess of two pounds from the transmission.

The powertrain setup will also be more efficient with the standardization of Auto Start-Stop, which shuts off the vehicle during stops in situations where the truck is not towing or in four-wheel-drive mode. Ford confirmed in February that all 2017 F-150s with EcoBoost engines would get Auto Start-Stop as a standard feature.

Ford filed more than 20 patents for the combination of the 3.5-liter EcoBoost and the 10-speed automatic.

The new engine will be the direct result of Ford’s recently announced investments of $145 million at Cleveland Engine Plant and $1.4 billion at Livonia Transmission Plant.