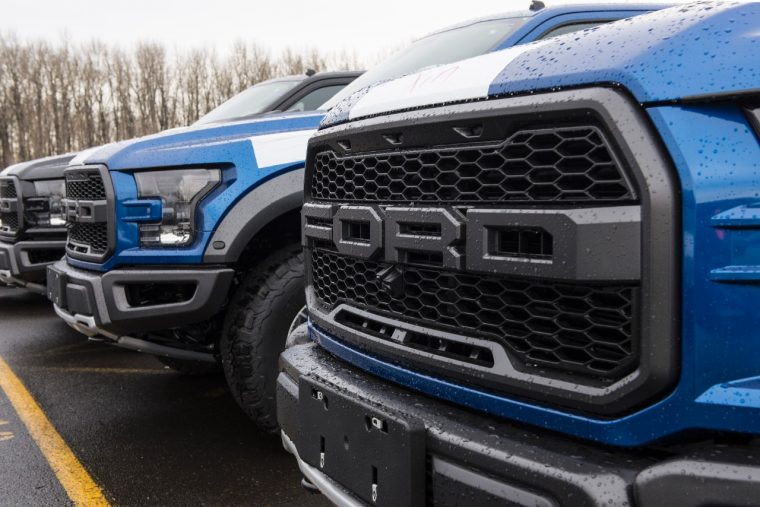 Ford’s adrenaline-fueled (disclaimer: the 2017 Ford F-150 Raptor is not actually fueled by adrenaline; like other trucks, it is fueled by petrol) Ford F-150 Raptor was named the “Pickup Truck of the Year” by Popular Mechanics this week in the 2017 Popular Mechanics Automotive Excellence awards. The F-150 Raptor was determined to be the “vehicle that transcends the competition” by PopMech’s editors, thanks in no small part to its high-output EcoBoost engine, innovative body construction, and impressive off-road abilities.

“We have only nine categories covering the entire car market, so by design, winning isn’t easy,” said Ezra Dyer, Popular Mechanics automotive editor. “The Raptor is to a standard F-150 what Bruce Banner is to the Incredible Hulk. You can do 60 mph across terrain that would have most trucks smashing their oil pans at 30.”

If Dyer’s word is to be believed, the Ford F-150 Raptor is a truck that was jettisoned to another planet, became the champion of a gladiatorial combat spectacle beheld by the its people, and wound up fighting fellow Avenger Thor. (Disclaimer: I watched the Thor: Ragnarok trailer like maybe 20 times, sorry not sorry.) Then again, knowing what the F-150 Raptor is capable of, that’s pretty believable.

The 2017 Ford F-150 Raptor is offered with a 3.5-liter EcoBoost V6 that puts down 450 horsepower and 510 lb-ft of torque and is mated to a class-exclusive 10-speed automatic. Ford’s first-of-its-kind Terrain Management System™ provides ultimate control on even the most rugged surfaces, yet the new Raptor is a quarter-ton lighter than the previous model thanks to the use of military-grade aluminum-alloy in the body.