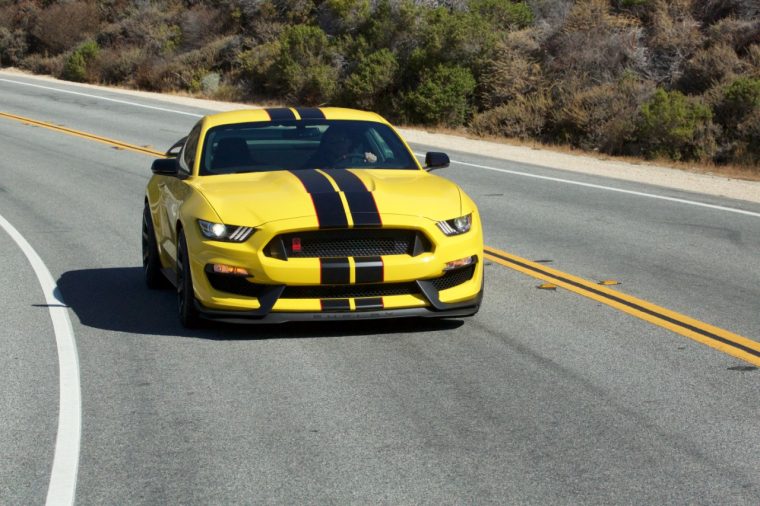 It’s never too early to start discussing Ford’s plans for the next Mustang, even if it’s a few smallish changes to the next model year. Thankfully, for those who might be holding off on getting a Shelby GT350 Mustang until the next model year to see what changes might be made, the folks at the Mustang6G forums got you fam.

User Violent Dreams was perusing the Ford eSourceBook and came across what appears to be a presentation about changes in store for the 2017 Shelby GT350 Mustang. The biggest news here: the 2016’s optional Track Package—including MagneRide™ Damping System, rear decklid spoiler aluminum tower-to-tower brace, and transmission and differential coolers—will become standard equipment.

Additionally, the Technology Package gets swapped out for the Convenience Package, which adds all features of the Electronics Package, 9-speaker audio system, heated and cooled leather-trimmed front seats with Miko® sueded cloth inserts and 4-way adjustable head restraints, as well as 6-way power memory for the driver seat and 6-way power for the passenger seat.