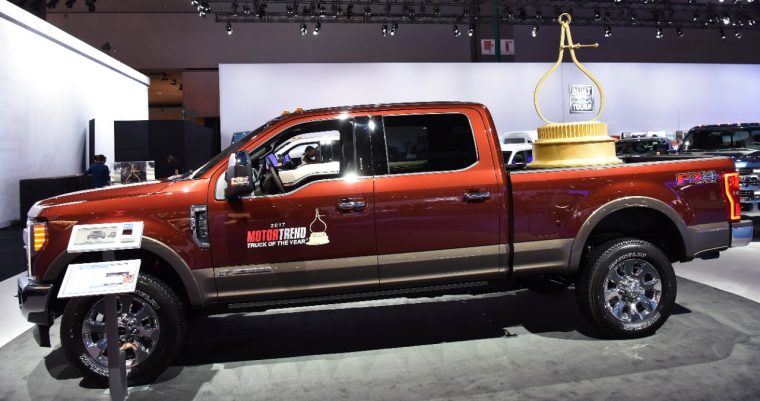 Here is a stunning headline that is likely to catch people completely by surprise: Ford truck wins major award. Might want to sit down before you keep reading.

The all-new 2017 Ford F-Series Super Duty was named the 2017 Motor Trend Truck of the Year, surprisingly marking the first time that the Super Duty has ever taken home the honor from the outlet. The new F-Series Super Duty is, much like the Ford F-150, lighter and more capable thanks to an emphasis on cutting weight and adding in cutting-edge tech.

Stay Large and In Charge: The 2017 Ford Expedition is both massive in size and massively safe

“We are honored to win this year’s Motor Trend Truck of the Year Award as it underscores how the all-new 2017 Ford Super Dutys [sic] are the toughest, smartest, and most capable trucks we’ve ever built,” said Joe Hinrichs, Ford’s president of The Americas. “For 39 consecutive years, Ford F-Series has been America’s favorite truck, and now Motor Trend has given one of our F-Series top honors for the fifth time.” 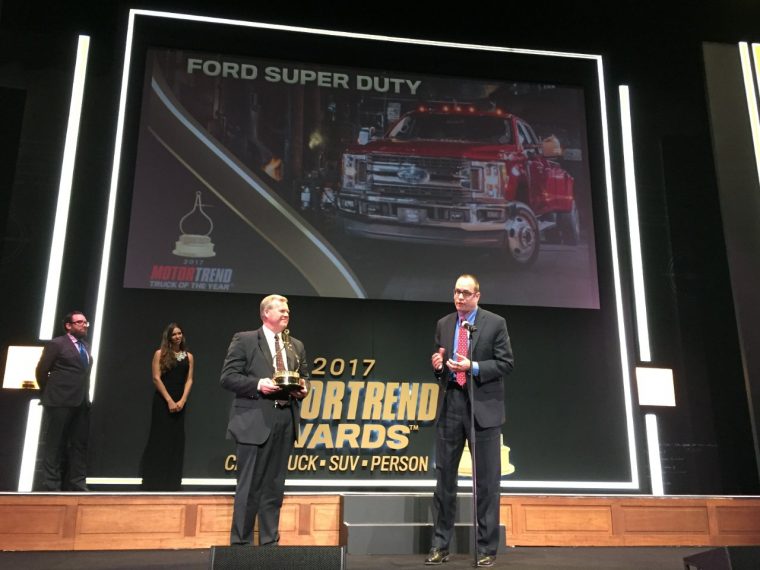 “We judge the contenders based on six categories—from design to efficiency to performance – characterizing the things consumers want most in their next vehicle,” said Ed Loh, Motor Trend editor-in-chief. “The all-new 2017 Ford Super Duty met and exceeded our criteria, truly proving it is the undisputed leader in towing, capability and power—exactly what truck customers want. Motor Trend is excited to crown this purpose-built machine this year’s Truck of the Year.”

Motor Trend stated in its reveal that the Ford F-250 and F-350 have effectively raised the bar for its competitors by scoring high marks in design, efficiency, engineering, performance, safety, and value, knocking off contending trucks and solidifying itself as the runaway favorite about halfway through the voting process.

The advancements made with the new 2017 Super Duty are numerous, from the 6.7-liter Power Stroke® turbo diesel V8’s incredible 925 lb-ft of torque to the loss of up to 350 pounds of curb weight to a 48-gallon fuel tank to the addition of some truly amazing new cup holders.

Ford Blazes a Path Forward: Autonomous vehicles available to the masses by 2021