Despite selling more Acadia SUVs in 2015 than in any other year, GMC has decided to downsize the Acadia to midsize crossover dimensions, while offering a slew of other new options like a standard four-cylinder engine, new available safety systems, and a new All-Terrain model, which is geared towards those people with off-road intentions. The 2017 GMC Acadia will carry a starting MSRP of $29,995 and is expected to compete with the Hyundai Santa Fe, Toyota Highlander, and Honda Pilot.

Dare To Compare: See for yourself how the 2017 Acadia stacks up against the larger 2016 model 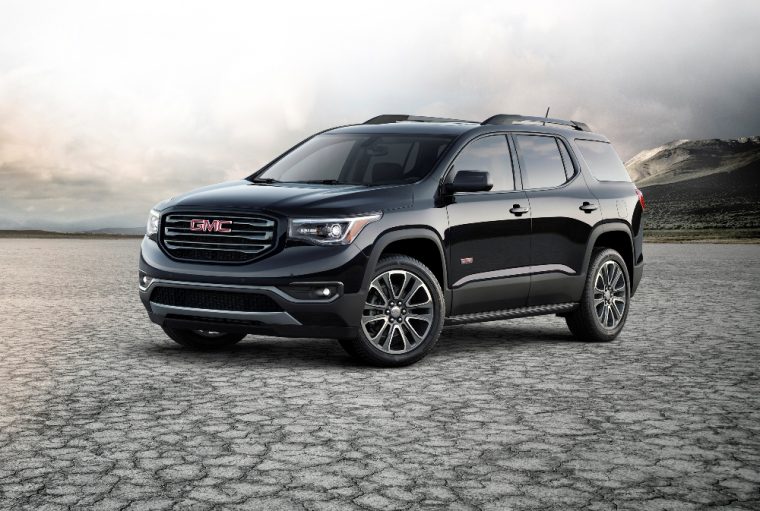 It might be simpler to list what isn’t new about the 2017 GMC Acadia. In total, the new Acadia will be seven inches shorter from front to rear, as well as being three inches slimmer and four inches closer to the ground. These resized dimensions mean the vehicle will weigh approximately 700 pounds less, and will offer seating for only seven people, rather than eight it could previously seat. In addition, the Acadia All Terrain features an advanced Active Twin Clutch AWD system, which provides enhanced grip in icy, snowy, and wet conditions. Lastly, while many other changes were made to the Acadia, one of the most notable is the addition of the 194-horsepower four-cylinder engine that produces better fuel economy than last year’s standard engine. 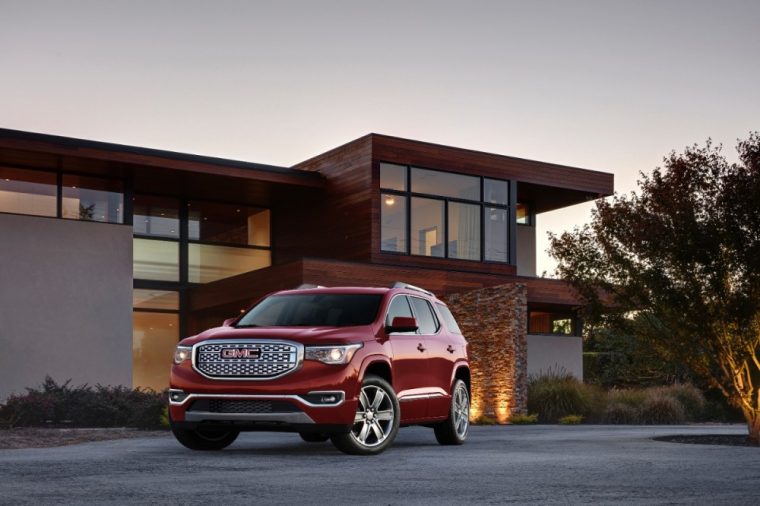 The GMC Acadia offers a more sculpted look for 2017 with daring horizontal lines, while different models come with their own distinctive grille design. The top-level Denali model features a chrome mesh grille, whereas the new Acadia All Terrain has an all black grille that’s complemented by chrome accents. Consumers can pick from various wheel sizes and the available LED daytime running lamps make it easier for other drivers to see the front of the vehicle. Exterior color options include Crimson Red Tintcoat, White Frost Tricoat, and Dark Sapphire Blue Metallic.

The 2017 GMC Acadia comes standard with a 2.5-liter four-cylinder engine good for 194 horsepower and 190 lb-ft of torque. This is the first GMC engine to come with start-stop technology. For more power, consumers can opt instead for 3.6-liter V6 that pumps out 310 horsepower and 271 lb-ft of torque. Both of these engines feature variable valve timing, direct fuel injection, and work with a six-speed automatic transmission. Front-wheel drive is standard, but all-wheel is also available. Furthermore, when equipped with the V6, the new midsize Acadia can tow up to 4,000 pounds. 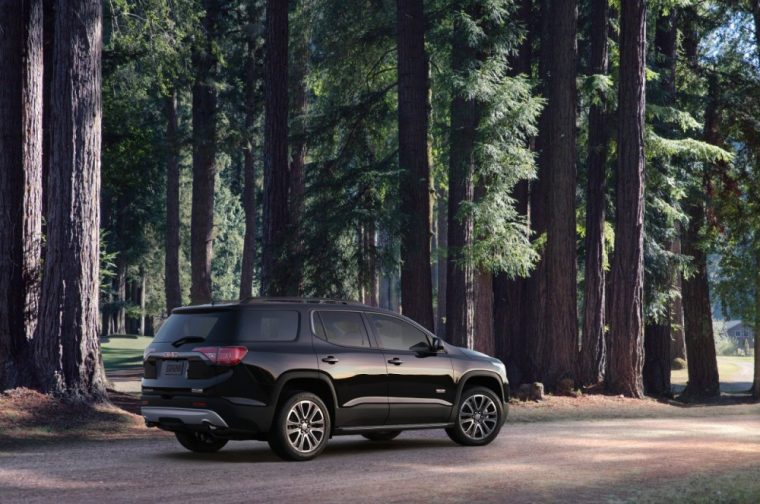 The 2017 GMC Acadia will carry a lower starting MSRP and provide better fuel economy than last year’s model, but with its downsizing comes the inevitable reduction in cargo room. While the 2016 model boasted 116 cubic feet of available cargo space, the new Acadia model will only offer 79 cubic feet–and that’s with both rear seats folded down. However, passengers will benefit from an updated entertainment system, which is now compatible with Apple CarPlay and Android Auto. Also, each of the vehicle’s three rows will also feature its own USB port that allows wireless devices to be charged while riding in the vehicle. Other notable interior features include 4G LTE connectivity and a Surround View Camera system. In addition, the Acadia All Terrain comes with covered storage bins that replace its third row seats. 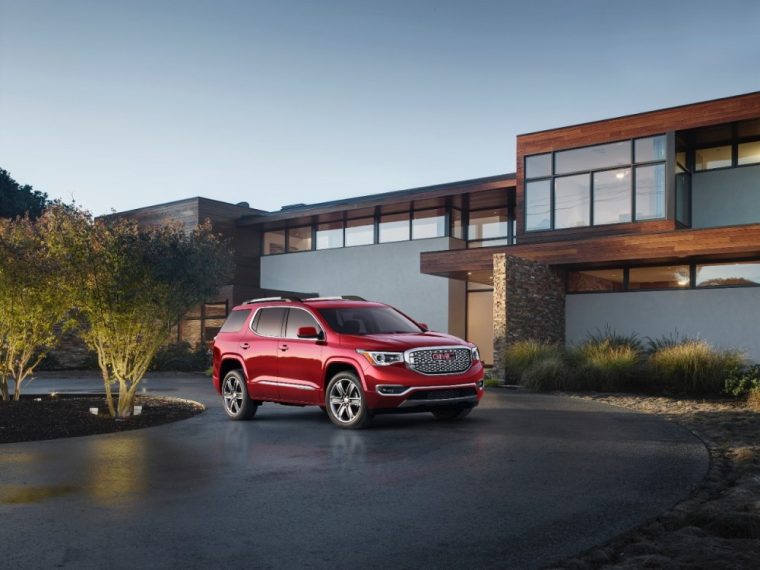 The 2017 GMC Acadia comes standard with a rear vision camera that can help drivers determine what is happening behind them while reversing. The 2017 Acadia also offers many other driver alert and safety technologies that can aid the driver. For example, the available side blind zone alert technology can alert the driver of any unseen vehicles in their blind spot by flashing a visual sign on the outside mirror. In addition, the available rear cross traffic alert system uses sensors to monitor incoming traffic coming from the rear, which is particularly useful when exiting crowded parking lots.

Is It True? Is Buick actually releasing a hybrid electric version of its new LaCrosse sedan?