The 2017 Kia Forte debuted this wee at NAIAS

During the North American International Auto Show (NAIAS), the majority of the public’s attention was on the debut of the Kia Telluride Concept, which is pretty sweet. But a lot of people are forgetting about the unveiling of the 2017 Kia Forte and Forte5, which was awesome in its own right.

Sporty and Compact: Check out the 2016 Kia Forte

While the 2017 Forte and Forte5 haven’t undergone complete transformation, they now offer a sleeker style and more features than ever before. Kia has outfitted the Forte with a variety of exterior changes, including a revised bumper design and a new grille and lighting design. The compact cars now even come with LED daytime running lights and taillights for its higher trim levels. 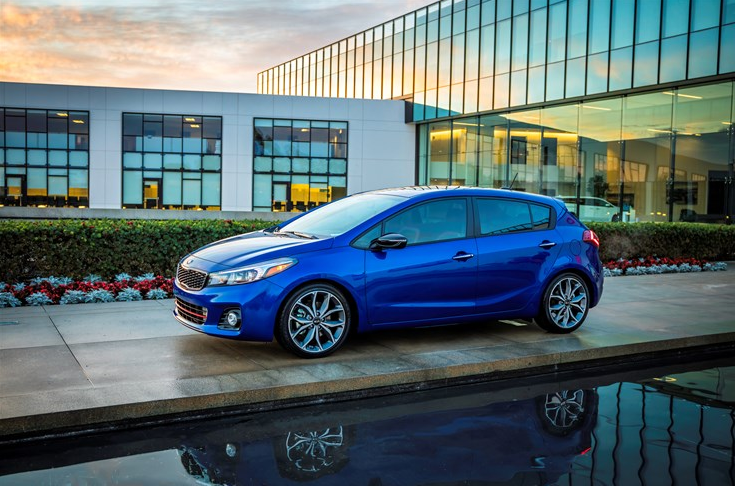 For the hatchback model, each of the three trim levels—the LX, EX, and SX—bring new features into play for 2017. These include Android Auto and Apple Car Play connectivity, which is available on the UVO eServices system that is equipped with a 7-inch touchscreen. Other new standard features include remote keyless entry, leather seats, heated front seats, and more.

Kia’s Long History: Learn more about the history of Kia

The sedan also sees multiple feature changes, though the biggest comes in an entirely new trim level. The S trim is now positioned between the entry-level EX and the luxurious LX, offering consumers a sports-tuned suspension, 16-inch wheels LED lights, a rear spoiler, and an exhaust tip. Needless to say, the S trim is the one you want if you’re looking for a sportier Forte.

If it’s a compact car you’re looking for, then the 2017 Kia Forte and Forte5 are two options you should definitely consider.