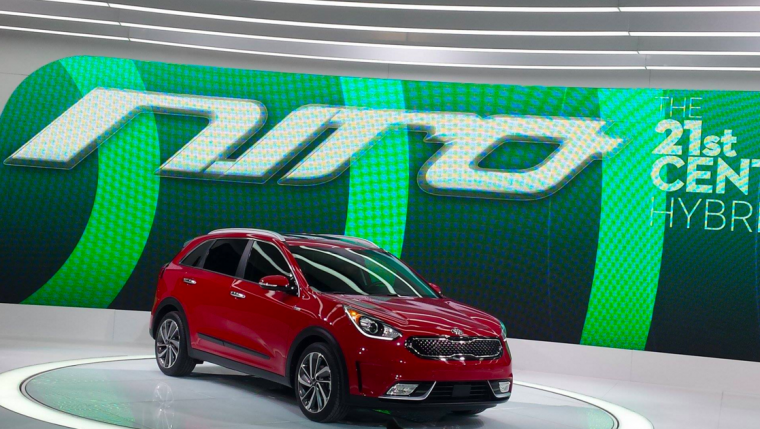 The 2017 Kia Niro combines athletic styling with a hybrid powertrain

Despite the demand for fuel-efficient crossovers in the industry, when a carmaker introduces a hybrid crossover/SUV, it tends to flop. I’m thinking this won’t be the case for the all-new 2017 Kia Niro hybrid utility vehicle, though.

Earlier today at the 2016 Chicago Auto Show, Kia unveiled the 2017 Niro for its global debut. While the Niro Concept car left a lasting impression at the 2014 Chicago Auto Show, the actual production model is even cooler. The 2017 Kia Niro is the perfect combination of space, versatility, and fuel efficiency. As Kia describes it, it’s “a no-compromise package.” You can really get it all. 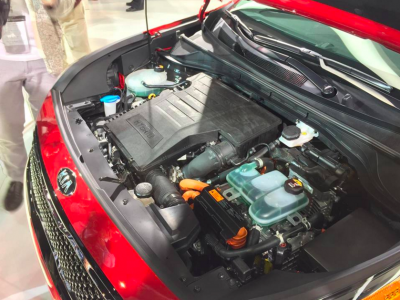 Both inside and out, the Niro looks to change the face of the hybrid crossover segment. A subtly sculpted front end, long roofline, and rounded rear end create a design that is decidedly not like any other hybrid. This crossover looks like an athlete—and for good reason.

While it might offer consumers an impressive target fuel efficiency of 50 mpg, the Niro doesn’t skimp on power. It’s equipped with a 1.6-liter GDI four-cylinder engine, engineered specifically for hybrids. This gas-powered engine is paired with a 43-horsepower motor, which helps the entire setup generate an impressive 146 horsepower and 195 lb-ft of torque. 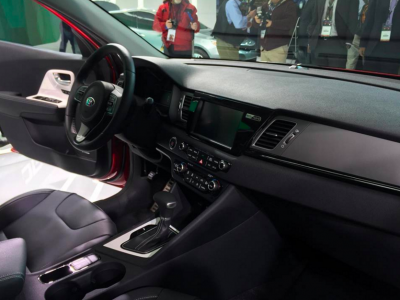 Kia stayed sleek, stylish, and simple inside the Niro

But it isn’t just the Niro’s exterior design and powertrain that standout—it’s the crossover’s interior design, too. Despite being a hybrid, the crossover still offers ample storage space, thanks to its 106.3-inch wheelbase. The instrument panel is simple, clean, and modern, which creates an inviting cabin. It also offers consumers top-notch technology with a suite of advanced driver assistance and convenience technologies. This includes Blind Spot detection with Rear Cross Traffic Alert, Lane Change Assist, Advanced Smart Cruise Control, Lane Departure Warning, and Autonomous Emergency Braking.

As if that isn’t good enough, the hybrid crossover also offers the newest version of Kia’s award-winning UVO infotainment system, which helps keeps consumers connected off the road.