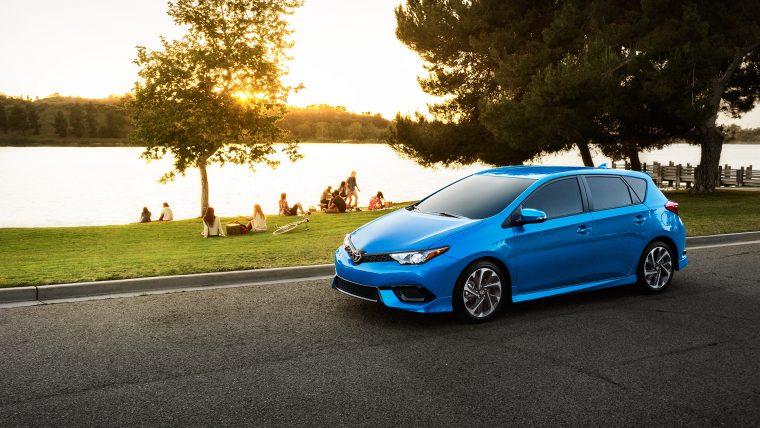 Following the demise of Scion and thus of the Scion iM, the lovable sporty hatchback has returned under the Toyota nameplate as the 2017 Toyota Corolla iM. Its peppy engine and spirited handling offers drivers a way to truly enjoy the road while turning heads and still getting very reasonable mileage—all at under $20,000.

The 2017 Toyota Corolla iM is available in a single trim level. 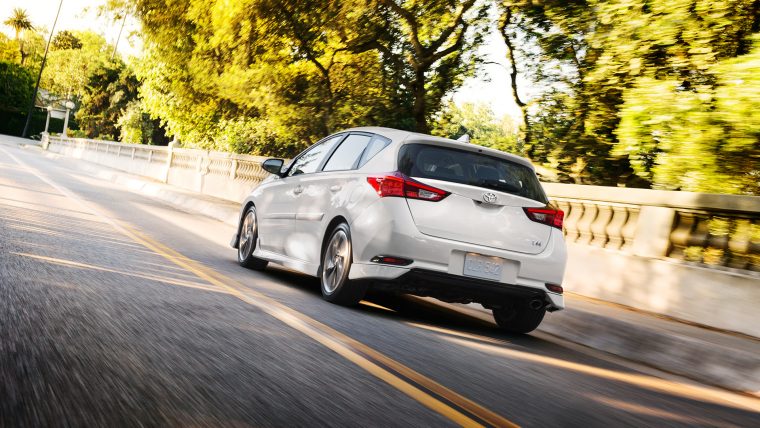 The 2017 Toyota Corolla iM is the successor to the 2016 Scion iM, and while the badge at the front and rear may be different, the rest is almost entirely unchanged. The one change of note is the addition of Toyota Safety Sense C, a suite of driver-assist technologies that includes pre-collision braking, lane departure warning, and automatic high beams. 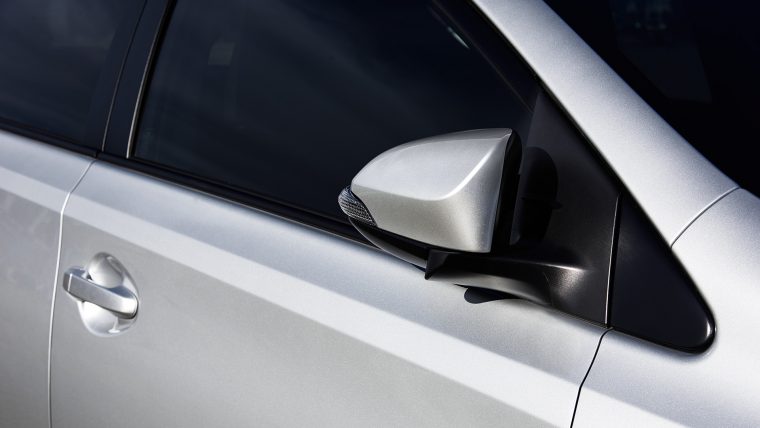 The 2017 Toyota Corolla iM’s exterior is clearly designed with sportiness in mind, from the menacing headlights and aggressive lower body panels to the sweptback roofline and sharp LED taillights. It even comes with available TRD accessories that lower the springs, switch the window trim to carbon fiber, and add eye-catching body graphics. Yet even as the Toyota Corolla iM is meant to turn heads, it also tries not to overdo it; there’s a certain elegance to its design that makes it visually appropriate for more than just adrenaline-fueled young drivers. 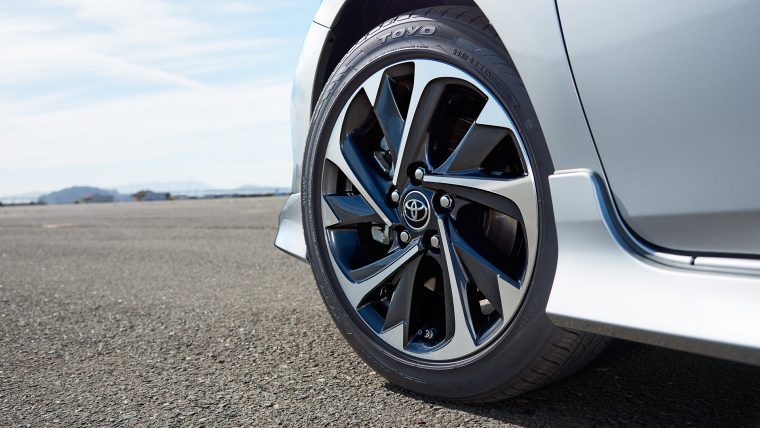 The 2017 Toyota Corolla iM is powered by a 1.8-liter four-cylinder that makes 137 horsepower and 126 lb-ft of torque. That power is directed to the front wheels via a standard six-speed manual transmission or an optional continuously variable transmission (CVT), which includes a seven-speed simulated sequential-shift mode. The Corolla iM can also be put into “Sport” mode to increase throttle response and add some weight to the electric power steering. 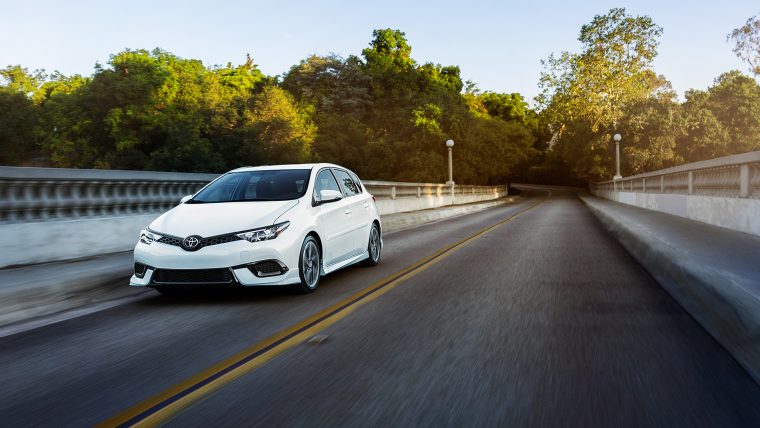 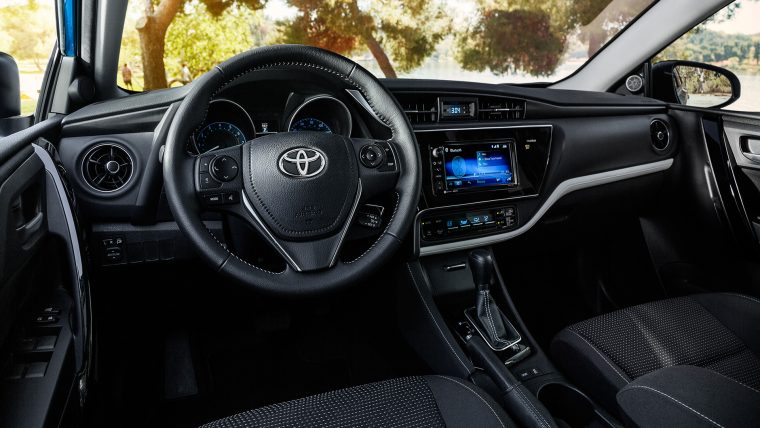 Functionality is at the heart of the 2017 Toyota Corolla iM’s interior design philosophy, which is best seen in the straightforward audio and climate controls as well as how the adjustable steering column and symmetrical armrests provide a neutral driving position. The six-way front bucket seats are quite comfortable and supportive and the rear seats are surprisingly roomy given the overall size of the car. At the very back, cargo space exceeds the competition at 20.8 cubic feet. What customers will love most is how the 2017 Toyota Corolla iM comes standard with many features that would be options on other, similar cars, such as the Toyota Safety Sense C suite of active safety technologies, dual-zone automatic climate control, and a six-speaker display audio system with Bluetooth wireless streaming. 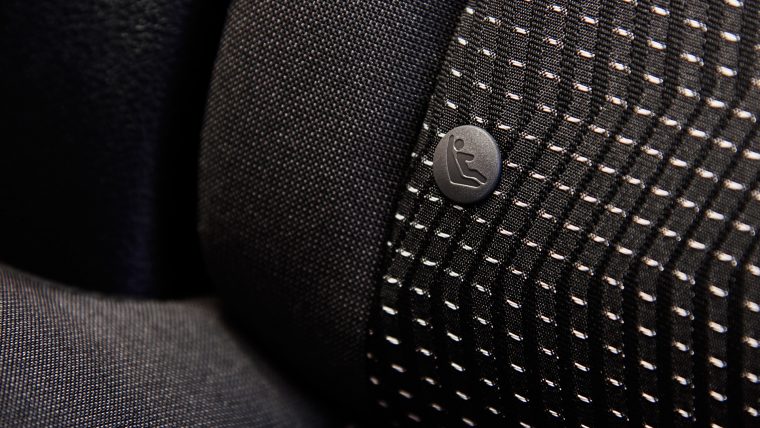 The 2017 Toyota Corolla iM comes with all of the usual standard safety features, including antilock disc brakes, stability and traction control, front seat side airbags, and side curtain airbags. It also comes with a driver knee airbag and front passenger seat-cushion airbag. Though the 2017 model has yet to be tested by the NHTSA and the IIHS, the 2016 Scion iM received the highest possible score of “Good” in the IIHS’s side and moderate overlap front crashworthiness evaluations.