The very first Volvo V70 XC made its debut for the 1997 model year and remained in production until 2000. This model became a well-liked vehicle in both the United States and Sweden; thanks to its ability to conquer treacherous weather conditions and grip even the iciest roads. After that model was discontinued, Volvo produced Cross Country variants of both V60 wagon and S60 sedan, but the company never had a V90 Cross Country wagon before this year. The 2017 Volvo V90 Cross Country will carry a starting MSRP of $55,300 and is scheduled to become available in the US in March 2017.

Looking for a Volvo? Take a look at these current incentives on 2016 and 2017 model year vehicles 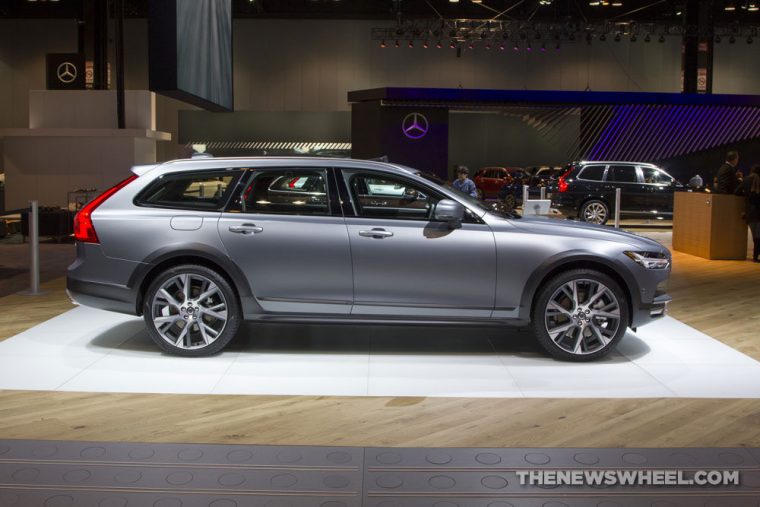 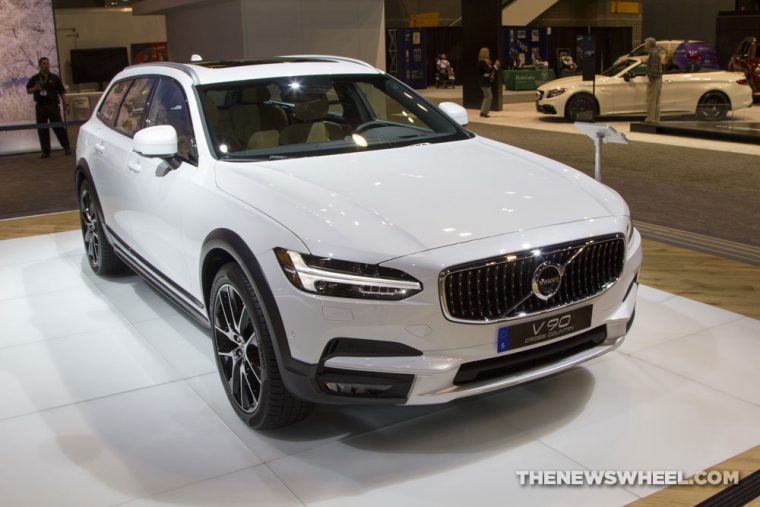 Although some people might think it’s a crossover, the 2017 Volvo V90 Cross Country is a station wagon that features 8.3 inches of ground clearance, which means it’s 2.3 inches higher off the ground than the regular V90 wagon. What’s more, the V90 Cross Country model features a uniquely designed grille and flared fenders that give it a look that’s all its own. Some of the other notable features that come with this wagon include 19-inch diamond cut alloy wheels, tinted windows, “Thor’s hammer” headlights, and an underbody skid plate. 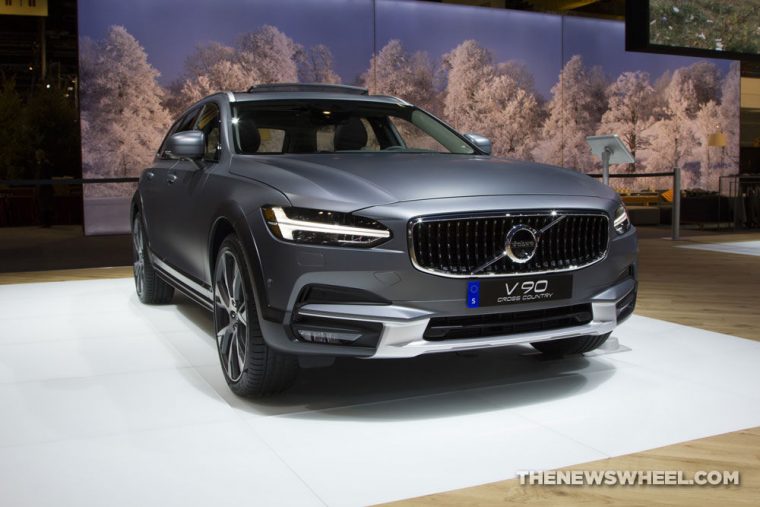 Every 2017 Volvo V90 Cross Country comes equipped with a 2.0-liter four-cylinder engine that’s been turbocharged and supercharged. As a result, this four-banger provides a robust 316 horsepower and 295 lb-ft of torque. Moreover, that engine comes paired with an eight-speed automatic transmission, which helps the V90 Cross Country operate at its peak abilities. In addition, the new Cross Country comes standard with the fifth-generation Haldex all-wheel drive system and hill descent control. Also, in terms of power, the V90 Cross Country can tow up to 3,500 pounds. As far as standalone options, you can also add an air suspension that features a load-leveling function. 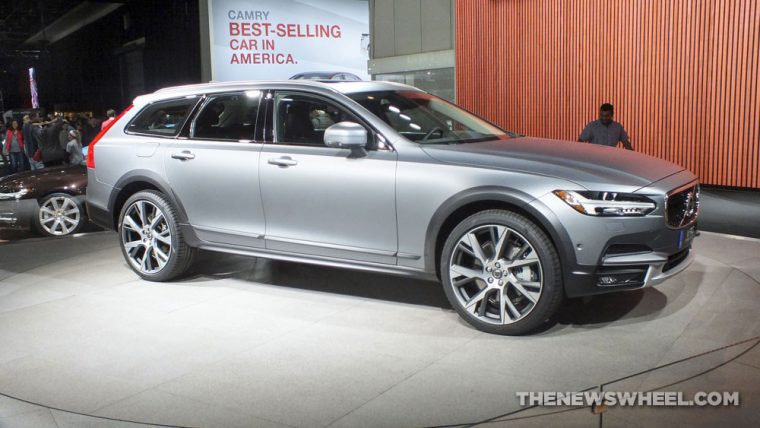 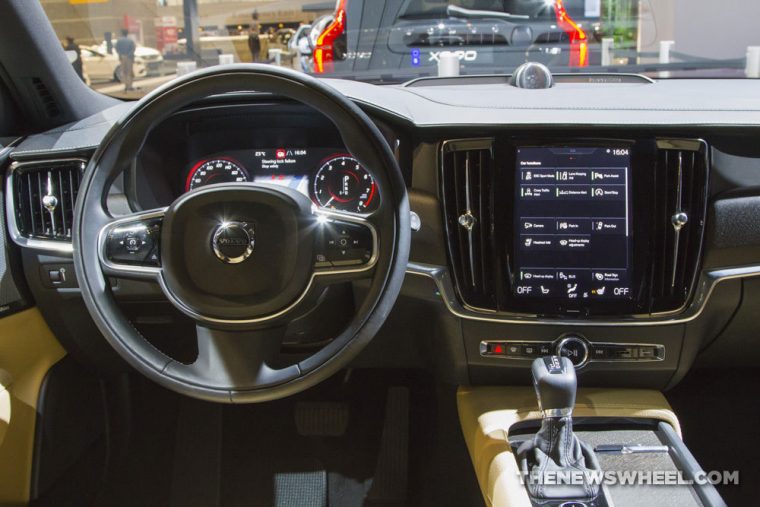 The interior of the 2017 Volvo V90 Cross Country wagon is one of its strongest selling points. Coming standard are heated front seats that are covered in leather upholstery, as well as a heated steering wheel that’s also covered in leather. One other visual highlight is the Dark walnut wood inlays that provide an elegant and refined atmosphere that normally wouldn’t be found in many vehicles at this price point. Also standard with the V90 Cross Country is the Sensus Connect system, which is compatible with both Apple CarPlay and Android Auto. Lastly, it should be noted that the V90 Cross Country provides 26 cubic feet of cargo space with the rear seats up and 54 cubic feet when the rear seats are folded down. 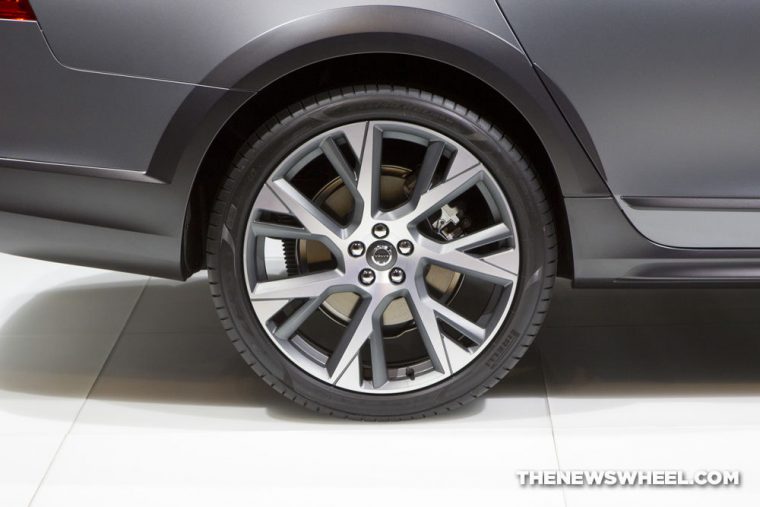 The 2017 Volvo V90 Cross Country has not yet undergone safety tests for either the Insurance Institute for Highway Safety (IIHS) or the National Highway Traffic Safety Administration (NHTSA). However, the V90 Cross Country is built with Volvo’s Scalable Product Architecture, which also underpins the Volvo XC90 and Volvo S90. Both of those models earned Top Safety Pick+ ratings from the IIHS. We mention the SCA platform because Volvo claims it offers increased protection in worst-case scenarios. Furthermore, every 2017 Volvo V90 Cross Country comes standard with a number of advanced safety features, such as adaptive cruise control, cross traffic alert, and lane departure warning, just to name a few.

2016 North American Truck of the Year: Check out the award-winning Volvo XC90 SUV