After Ford sold the Volvo luxury brand to Geely Holding Group during the Great Recession, the first priority of the Chinese company was to launch a second-generation XC90 SUV. This model finally arrived in 2015 as a 2016 model year vehicle and went on to win a plethora of coveted automotive awards, including the 2016 North American Truck of the Year Award. While the 2017 Volvo XC90 is offered with three capable powertrains, this particular overview covers the T8 plug-in hybrid model. For more information about the gasoline-powered XC90 SUV, click here. 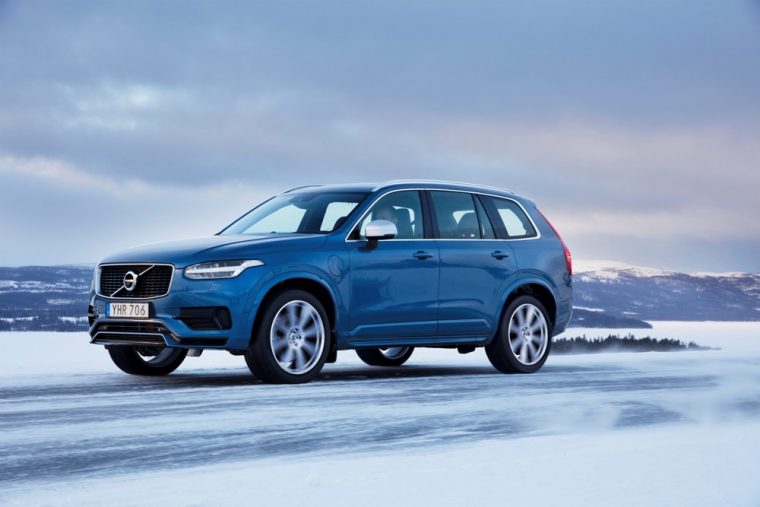 A new range-topping trim level has been added to the Volvo XC90 T8 this year. This model is called the Volvo XC90 Excellence. It differentiates itself from the other trims because it only supplies seating for four people, rather than seven. In addition, those two rear seats are both heated and ventilated. In between those seats is a built-in refrigerator which can be used to store beverages or other treats. To top things off, the Excellence trim is also available with a 20-speaker Bowers & Wilkins sound system. 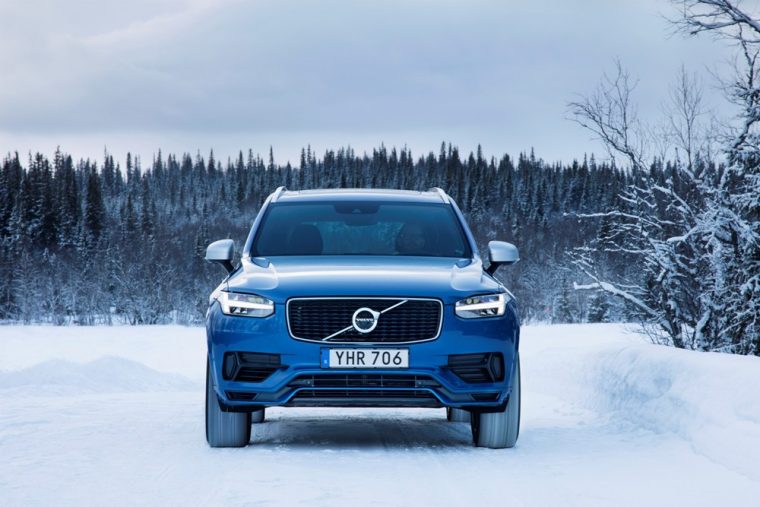 The 2017 Volvo XC90 T8 features an elegant and refined exterior that commands attention, but does so without being too loud. The sleek lines along its sides give it an athletic look, while the Thor’s Hammer LED running lights give the XC90 its own unique flavor. All T8 models come standard with 20-inch diamond cut alloy wheels, as well as attention grabbing dual tailpipes and a boldly designed grille. Providing even more style is the Excellence trim, which adds larger 21-inch wheels and auto-dimming exterior mirrors. Exterior color options for the 2017 Volvo XC90 T8 include Bursting Blue Metallic, Passion Red, and Ice White.

The 2017 Volvo XC90 T8 receives its power from a combination of motors. The first of which is 2.0-liter four-cylinder engine that’s both supercharged and turbocharged. This gasoline-powered engine works in conjunction with a rear electric motor to provide a total of 400 horsepower and 472 lb-ft of torque. That hybrid powertrain is paired with an eight-speed automatic transmission, which allows the XC90 T8 to zip from 0 to 60 mph in just 5.3 seconds. What’s more, the new Volvo XC90 T8 SUV can tow up to 5,000 pounds thanks to all of that power beneath the hood, as well as underneath the floorboards. 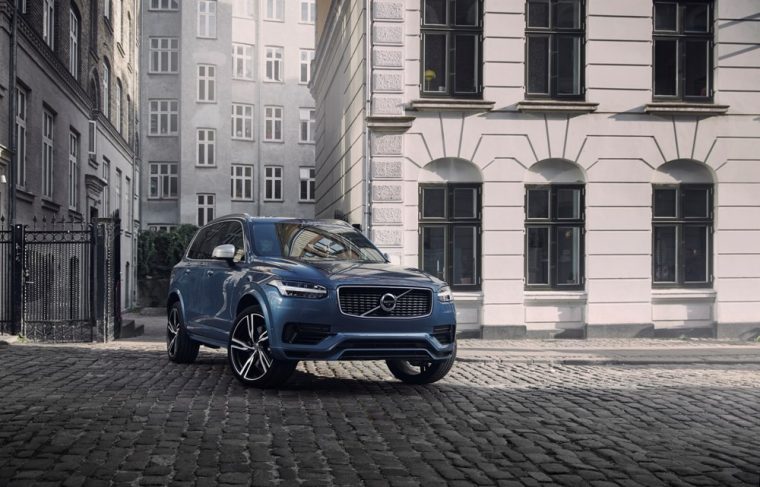 The 2017 Volvo XC90 T8 earns EPA-estimated fuel economy of 54 MPGe combined and has an all-electric driving range of 14 miles. However, once the battery has been exhausted, the Volvo XC90 T8 yields 25 mpg combined. The T8’s battery can be charged in approximately seven hours when using a 120-volt outlet, but a 240-volt charging station can reduce charging time to just two and a half hours. Furthermore, the XC90 T8 can recharge the battery itself via engine overrun or regenerative braking.

While the interior of the 2017 Volvo XC90 T8 is certainly luxurious, it does so without being over the top or gaudy. The cabin is thoughtfully laid out with real metal and matte-finished mood, which complements the 12-inch driver display that now supports Apple CarPlay. In addition, the new Excellence trim takes luxury to another level. This range-topping model comes with two captain’s chairs in the rear of the vehicle, replacing the two rows of seats that come with the Inscription and R-Design trim levels. Those captain’s chairs are covered in fine Nappa leather upholstery and rear passengers can also enjoy the Beverage refrigerator that comes standard with the Excellence model. As for storage room, there’s 85.7 cubic feet of available cargo space with all the seats folded downward. 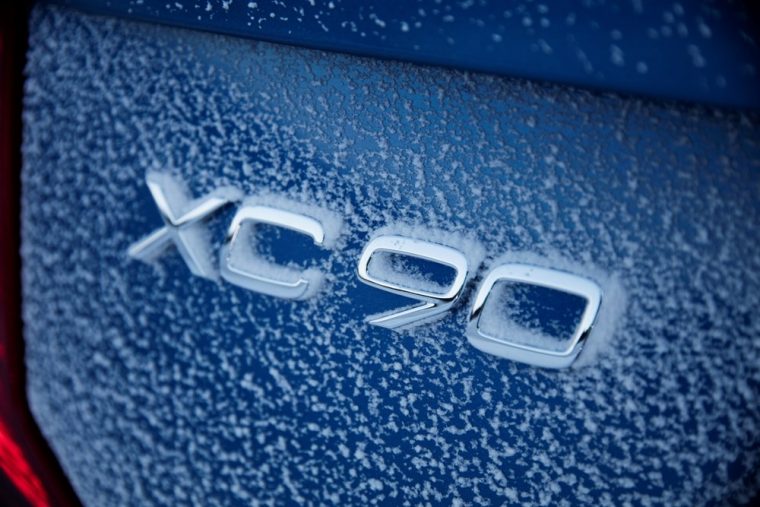 In 2016, the Volvo XC90 SUV earned the best possible safety rating of five stars from the National Highway Traffic Safety Administration (NHTSA) and was also named a Top Safety Pick by the Insurance Institute for Highway Safety (IIHS). Coming standard on every XC90 T8 are advanced safety features such as automatic emergency braking and frontal collision warning. Also available is the Convenience package, which includes adaptive cruise control, lane keeping assist, front parking sensors, and Park Pilot Assist. Furthermore, the New Run-off Road protection technology is available this year. This innovative system allows the safety belts to tighten around your body so the seat cushions can absorb any impact in the event of an accident.

Fuel For Thought: Learn about some of the benefits that come with dealership financing