2018 Chevy Traverse to Debut in Detroit on January 9 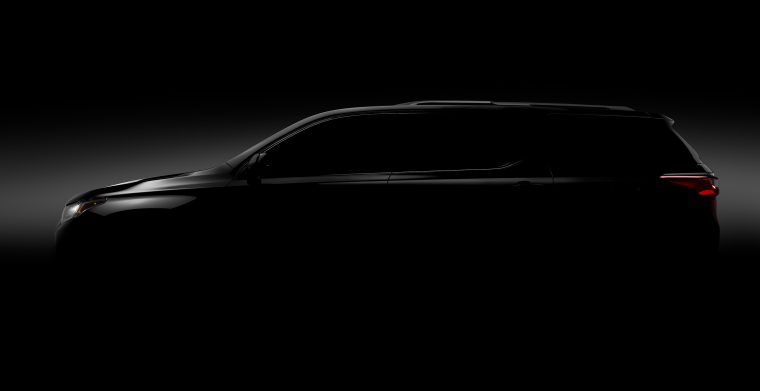 Chevrolet has announced that it will be completing the transformation of its crossover and SUV lineup next month, when the automaker introduces the next-generation Traverse at the 2017 North American International Auto Show in Detroit.

The big reveal will take place on January 9th, though Chevy is whetting appetites now with the shadowy teaser image above.

New Models: The 2018 Chevy Equinox makes its debut in LA

Chevy is promising a bold and refined design with seating for up to eight passengers in the all-new Traverse. The bowtie brand is also targeting the segment’s best third-row legroom and maximum cargo space with the redesigned model.

New technologies and an increase in premium interior and exterior design cues will be among the 2018 Traverse’s highlights, which also include available exclusive D-Optic headlamps that provide a natural daylight effect with a seamless light quality.

The latest in a long line of crossover/SUV offerings from Chevrolet, the Traverse will join the 2017 Bolt EV and Trax, the 2018 Equinox that debuted in September, and the full-size Tahoe and Suburban.

“Nobody in the industry offers a broader, fresher lineup of SUVs and crossovers than Chevrolet,” said Alan Batey, the president of GM North America and brand chief of Global Chevrolet. “From the all-electric Bolt EV to America’s longest-running nameplate, Suburban, we’ve got something for every customer and lifestyle.”

In order to spotlight the rest of the lineup, Chevy has also released an infographic that shows some “fast facts” pertaining to the brand’s 2017 crossover and SUV models. Don’t expect a peek at the Traverse, though; it’s still shrouded in mystery in the image below. 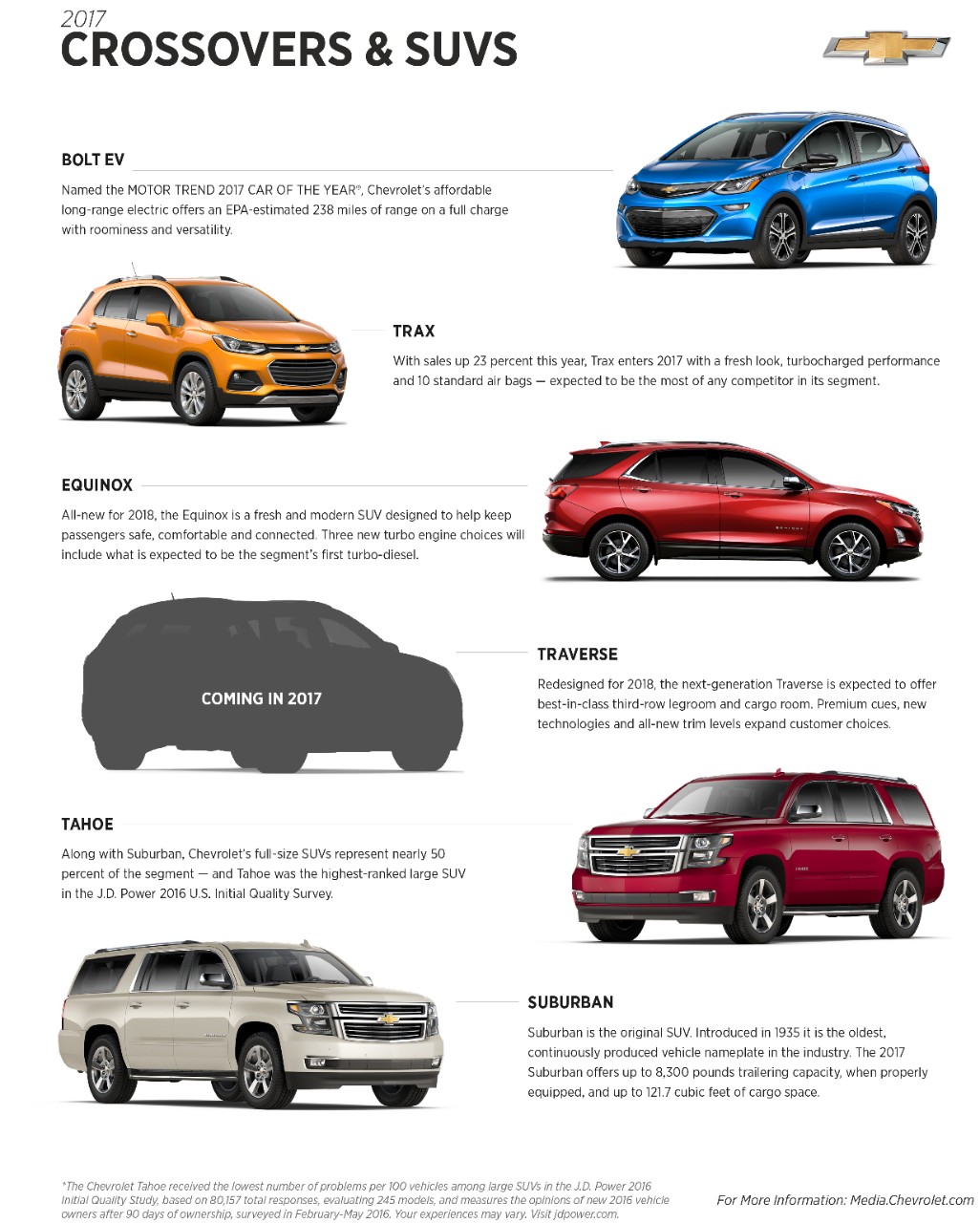