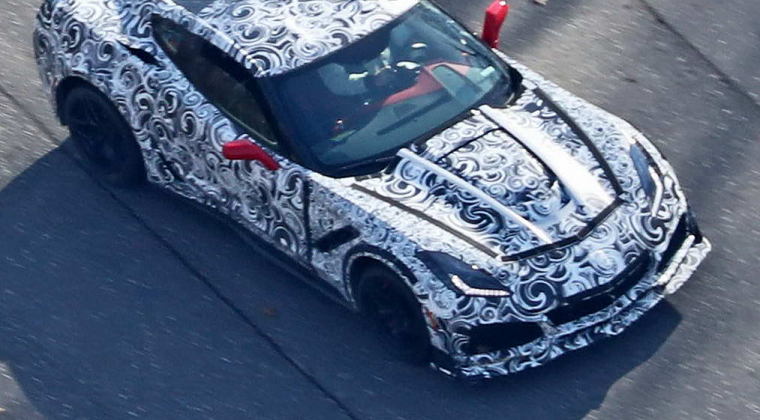 The Chevrolet Corvette keeps getting racier. Ever since its total rework for the new generation—you know, the one that introduced the controversially rectangular taillights?—the Corvette has been lauded as one of the best sports car you can buy for the money, bar none. It even goes toe-to-toe, or surpasses, its European contemporaries despite having lagged behind for many years.

And now it seems the Chevrolet sports car is getting even more extreme when it comes to track performance. The latest prototype of the upcoming Corvette ZR1 has been spotted by spy photographers, yet even the hefty camouflage couldn’t hide the massive rear wing at the end and the ultra-aggressive front end, which features a new bumper with a lip spoiler as well as a big bulge on the hood.

Compare It: The 2016 Chevrolet Corvette Stingray

Could this be the most extreme #Corvette yet? https://t.co/DoQLGO8Hcz

A lot of the Corvette ZR1’s design seems to have taken aerodynamics into consideration, which makes a lot of sense given that the car is expected to produce upward of 700 horsepower and possibly as much as 750 hp from either a tuned 6.2-liter V8 or a new twin-turbo V8; it’ll need as much downforce as it can muster to keep all of that power in check.

We never thought we’d see a Corvette that makes the Z06 seem like a toy car, but the ZR1 seems to be well on its way to achieving this. That being said, we’ll reserve our full opinion until the car is fully revealed, which we expect will happen at the upcoming 2017 North American International Auto Show in Detroit this January.

Looking for a Used Car? Make sure to buy Certified Pre-Owned