2018 Ford EcoSport Set to Appear in ‘Guardians of the Galaxy Vol. 2’

I’ll be honest, when they said they were adding more Guardians to the lineup, I wasn’t expecting an SUV

When Marvel first announced that its next major blockbuster would be Guardians of the Galaxy, even hardcore comic book fans were a little bit mystified. I myself am pretty familiar with all things Marvel, and I had the same reaction as Djimon Hounsou’s character when I heard the name Star-Lord.

Nevertheless, Guardians of the Galaxy shocked the world by becoming an unexpected success, thanks to its brilliant marketing and overall quality. The film grossed $773.3 million at the box office, making it the third highest-grossing film of 2014.

Now with Guardians of the Galaxy Vol. 2 a week away from release, companies would be foolish not to partner with one of the most-anticipated movies of the year. Oddly enough, Ford happens to be promoting the film in an unusual way.

According to the American automaker, the 2018 Ford EcoSport will appear in Guardians of the Galaxy Vol. 2.

It’s currently unknown how the yet-to-be-released SUV from Ford will play into film’s narrative. Unless of course the EcoSport has space-traveling features that Ford has yet to mention.

Nevertheless, a press release from Ford indicates that the brand’s latest SUV model will appear at some point during the film. However, the cross-promotion between Ford and the Guardians of the Galaxy doesn’t end there. 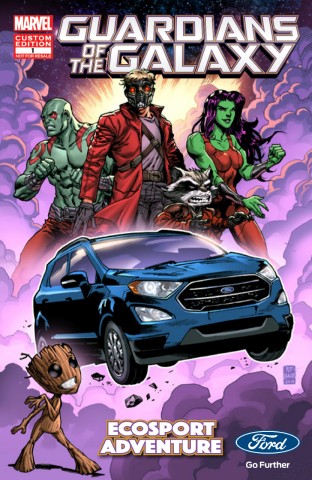 The Ford EcoSport will also appear alongside the Guardians in a limited run comic book. 500 issues of this comic will be printed, but it will also be released digitally for a short period of time.

Furthermore, the 2018 Ford EcoSport is set to star alongside breakout star Baby Groot in a new commercial released by Ford. The advertisement will help launch Ford’s “Be the Guardian of Your Galaxy” campaign.

What do you know? I guess the Eco-Sport might actually be able to fly in space.

The advertisement involves a woman fantasizing about driving around with Baby Groot in the Ford EcoSport and getting matching tatoos with him. Make of that what you will.

Regardless, you can watch the commercial in all of its glory below:

Part of the campaign includes a sweepstakes that Ford fans can enter. Prizes include a 2018 Ford EcoSport, a private screening of Guardians of the Galaxy Vol. 2, tickets to the film, or a personalized illustration of them as an intergalactic Guardian of the Galaxy.

The website also includes a game where visitors can create their own custom superhero. For example, a total of two minutes in the “Guardian Yourself” character creator led to this monstrosity: 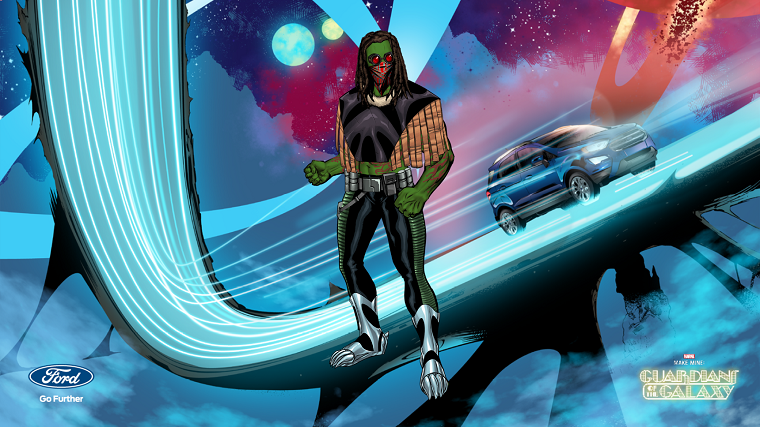 I think I shall name him Dread-Head. Whatever his name is, I guess he’s stuck driving around in a Ford EcoSport while the rest of the Guardians travel in style with Star-Lord’s ship “the Milano.”

Then again, “the Milano” will probably crash again in Vol. 2, and then who’s going to wish that they had the Ford EcoSport’s 1.0-liter three-cylinder turbocharged EcoBoost engine on their side?