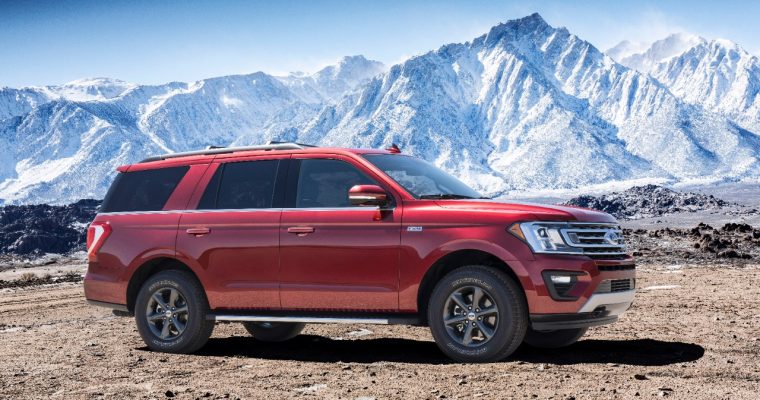 Ford rolled out its next-generation Expedition SUV earlier this year at the Chicago Auto Show, and it has promoted its various improvements over the outgoing 2017 model by talking about everything from the fact that its aluminum body panels and high-strength steel frame will result in up to 300 pounds of weight savings to it being the first vehicle on the market available with SlingPlayer functionality as part of its impressive rear seat entertainment system.

Pinch Pennies at the Pump: Tips for saving money when fueling up

Ultimately, the biggest drawing point for a lot of customers shopping for an SUV as big as the Expedition is going to be power and performance. Having previously announced that the 2018 Expedition earned an SAE-rated best-in-class 9,300-pound max towing capacity, Ford has now revealed outputs for both versions of the 2018 Expedition’s 3.5-liter EcoBoost V6.

Standard for the Expedition XL, XLT, and Limited is the new 3.5-liter EcoBoost with standard Auto Start-Stop and 10-speed automatic transmission combination first introduced on the 2017 Ford F-150 last year. This powertrain offers an improvement of 10 horsepower and 50 lb-ft of torque over the outgoing powertrain of the previous-gen 3.5-liter V6 and six-speed SelectShift automatic, boosting output to 375 horsepower and 470 lb-ft of torque when using 87 octane fuel.

Ford also revealed that it will offer an FX4 Off-Road Package for XLT models, that there will be a special version of the XL offered specifically for fleet purposes, and that all trims will be offered with the extended-length Expedition MAX body style.