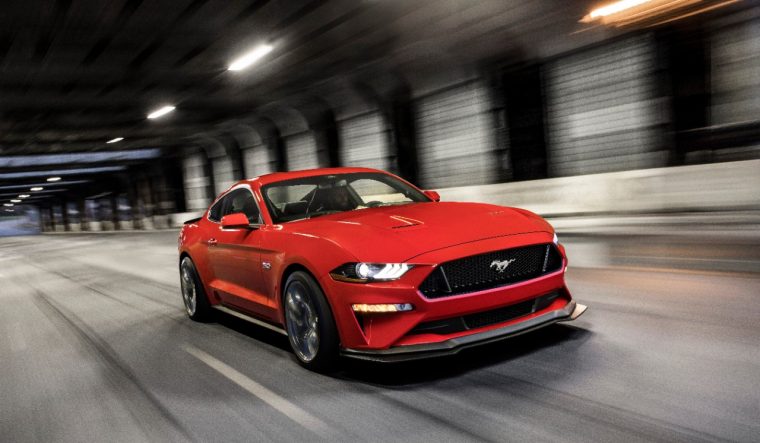 Are you a dedicated sort who has been accused at one point or another of being married to your work? The same could likely be said for Ford Product Engineer Chauncy Eggleston, Vehicle Dynamics Supervisor Jamie Cullen, and Aeronautical Engineer Jonathan Gesek, who each played significant—and often time-consuming—roles in helping to develop the 2018 Ford Mustang GT Performance Pack Level 2.

“A passion to create something special is what really drove this project,” said Tom Barnes, Mustang vehicle engineering manager. “And that really showed in the off-the-clock way we went about doing our work.”

Gesek said that the team was amenable to after-hours work because, in the end, the goal was the development of what everyone saw to be something like a dream car. Gesek was a key team member in the development of aerodynamic components including a larger front splitter and revamped rear spoiler.

“Our targets were aggressive,” he said, “and we nailed them.”

“It will just beg you to go faster,” said Cullen. “The car has lightning-quick response and never gives up grip.”

Other upgrades offered with the Performance Pack Level 2 include customized MagneRide dampers and steering calibration and stiffer front and rear stabilizer bars and springs.