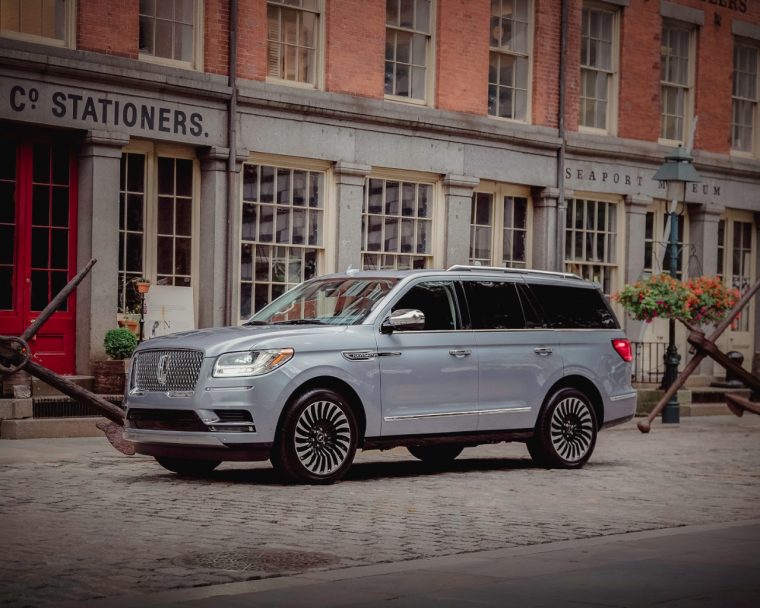 The 2018 Lincoln Navigator, an enormous and completely loveable luxury boat, was named the 2018 North American Truck of the Year on Monday at the 2018 North American International Auto Show. The new Navigator, which hit the market in late 2017 and has already been pulling in impressive sales numbers, bested its cousin—the 2018 Ford Expedition—and the FOUR WHEELER 2018 Pickup Truck of the Year-winning Chevrolet Colorado ZR2.

“Lincoln is honored to be named the best among such a strong field of competitors,” said Kumar Galhotra, president, The Lincoln Motor Company. “The entire Lincoln team is very proud of the work that was done to create a truly differentiated, luxury Lincoln experience in our all-new Navigator.”

Now, you might be wondering why the Navigator was nominated for and ultimately named North American Truck of the Year and not considered instead in the North American Utility of the Year category, which was split off from the NATOTY category beginning in 2017.

Leave the explanation for that to Freep’s Mark Phelan, who explained the jury’s logic:

I’m the president of the jury that presents the awards, and trust me, we thought about this one a lot. Sales of SUVs, or utility vehicles, have skyrocketed over the last few years. Many, like the Honda CR-V and Ford Explorer, compete based on their ability to carry kids to soccer games, not to tow horse trailers or boats.

But when you need towing capacity, nothing else will do, and the Navigator can tow 8,700 pounds. That sets it apart from vehicles like the Volvo XC90, which holds the same number of people—but forget about the speedboat.

That output comes from a twin-turbo 3.5-liter V6, which delivers 450 horsepower and 510 lb-ft of torque in addition to its class-leading towing capability. Not for nothing, but Phelan also noted that the luxury of the Navigator, and the way that it helps to pull the Lincoln brand forward, was a contributing factor in giving it the edge over the Expedition and Colorado ZR2.

Lincoln will no doubt be looking to add a second straight NACTOTY (or, as it were NACTUOTY) award to its mantle this time next year—the 2019 Lincoln Nautilus, which replaces the MKX starting this summer, is likely to be a strong contender if not a shoe-in for the final ballot.