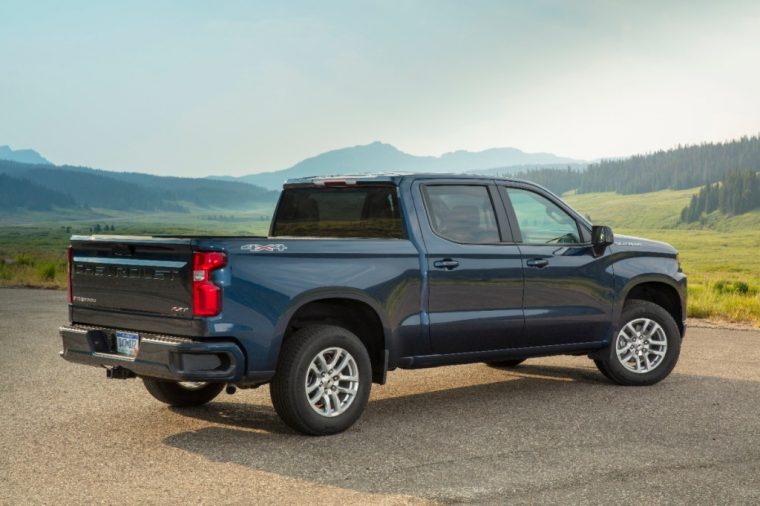 The new 2019 Chevy Silverado 1500 was named one of the contenders for the 26th Annual North American Car, Utility, and Truck of the Year awards in the Truck category. The 2019 Silverado was picked as one of the top three finalists by a NACTOY jury, which is made up of 54 journalists.

Put the haul in overhaul: Check out the new and improved 2019 Silverado

The truck category featured only three semifinalists before this round of cuts, showing how far the 2019 Silverado — along with the other finalists — stands out from the rest of the competition. This compares to the 14 cars and 12 utility vehicles in the other categories that made the semifinal cut.

The 2019 Silverado’s entry as a finalist this year arrives in the wake of a significant change from past models. One of the engines offered is a 2.7-liter turbocharged four-cylinder instead of the traditional V6 or V8. Despite the drop in cylinders, it still offers 310 horsepower and 348 lb-ft of torque which keeps up with some of the V6 options. Chevy also plans for the four-cylinder to be the base option for the LT and RST trims. While the extreme tow-heavy truck buyers might still prefer the optional V8 engine, the turbocharged engine appeals as a great base offering for the Silverado.

What’s under the hood? Find out more about the Silverado’s new engine.

For now, we’ll have to wait for the final word on whether the 2019 Chevy Silverado and its new engine wins the NACTOY award. The last round of voting will happen soon, and the winners will be announced at the Detroit Auto Show in January.