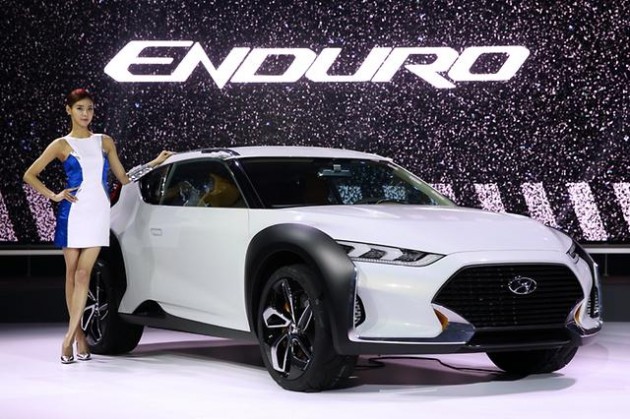 While America’s eyes were on the New York International Auto Show last week, Hyundai was busy on the other side of the globe at the 11th Seoul Motor Show. The Korean automaker has been on its home turf the past weekend heavily promoting its lineup of revolutionary vehicles.

Among the automaker’s two booths at the show, many new models are making a splash. Not including the Korean introduction of the newest Tucson and Sonata, Hyundai has revealed four new models at the Seoul Motor Show: the Enduro lifestyle urban crossover utility vehicle (CUV), the RM15 (Racing Midship 2015) high-performance coupe concept, the Mighty commercial truck, and the Solati commercial minibus. 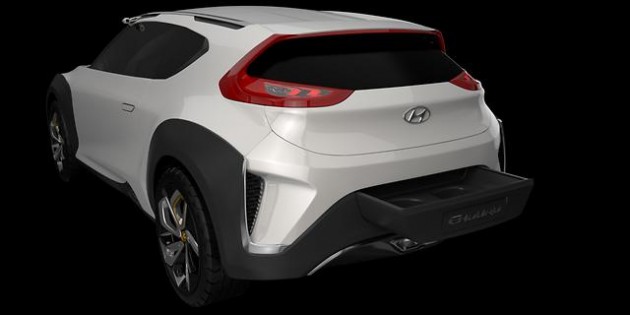 Derived from the word “endurance,” the Enduro combines the form of a CUV with the styling of a rally motorcycle. Hyundai’s three-door crossover concept intends to be tough but sophisticated, aimed at modern urban dwellers with athletic lifestyles (a demographic much like that being pursued by the Hyundai Santa Cruz).

Following the brand’s Fluidic Sculpture philosophy, the hexagonal grille and sweeping lines define the model’s front end. An aluminum aero-blade connects the front fender to the grille. Its body has a low center of gravity and raised ground clearance. The sport utility-inspired fender cladding stands out a bit too dynamically, and the drawer in the back bumper is an odd design choice. Inside, the cabin wraps around the driver’s seat and much of its molding is reminiscent of a road bike.

Comparisons have been made between the Enduro and last year’s Intrado concept. 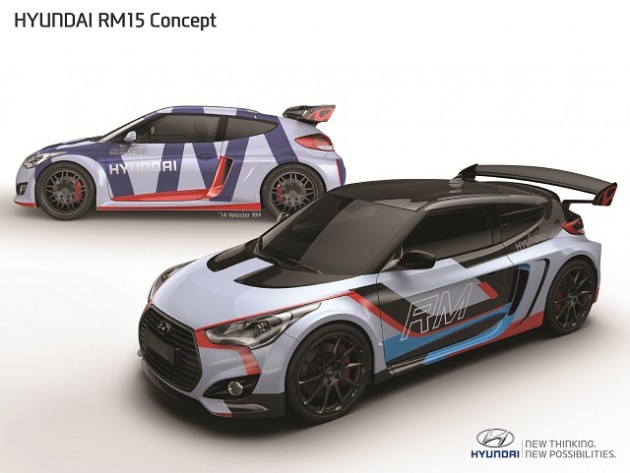 The Racing Midship 2015 is a lightweight, mid-engined, two-seat coupe. Based on high-performance expertise, the racer has an aluminum spaceframe and carbon-fiber reinforced plastic body panels. It features a Theta 2.0-liter T-GDI engine mounted behind the cabin but in front of the rear axle, making it balanced and agile. The four-cylinder turbocharged gasoline engine can reach a speed of 62 mph in 4.7 seconds.

If it resembles the WRC i20 rally car, it’s because the company’s N-brand design (blue, black, red) graces the livery of both vehicles. 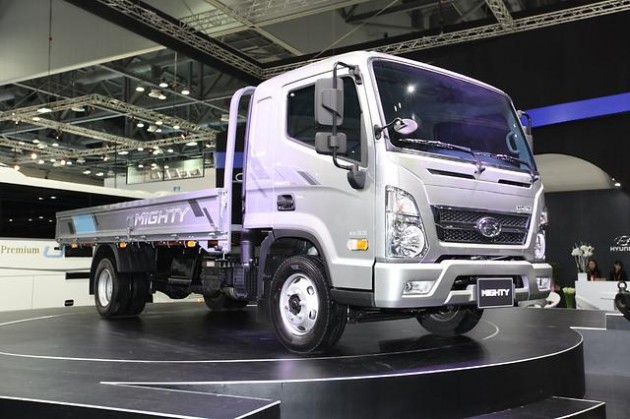 The medium-duty truck, Mighty, underwent a significant redesign to improve convenience and usability on long trips behind the wheel, incorporating more Human Machine Interface (HMI) qualities. The minibus Solati (“comfort” in Latin) is the bus version of the H350 and the brand’s first light commercial vehicle intended for Europe. 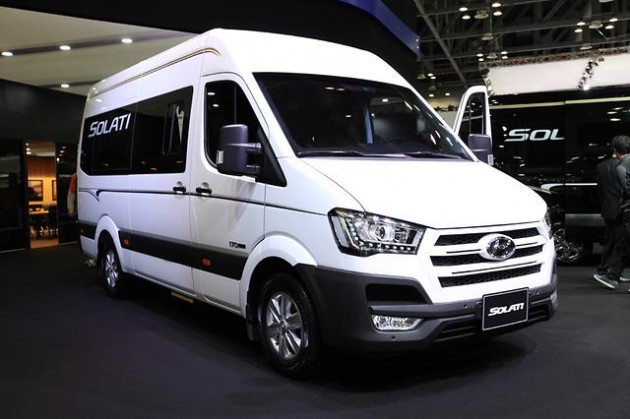