5 Celebrities Who Surprisingly Own Jeep Wranglers

The legendary Jeep Wrangler first made its debut in 1986 and ever since then it’s been the symbol of Jeep’s “Go Anywhere. Do Anything” attitude and spirit. The Wrangler was originally designed as the replacement for the CJ Series and has evolved into one of the most recognizable vehicles on the road today. Now in its third-generation, the 2016 Jeep Wrangler is standard with four-wheel drive and a 285-horsepower V6 engine that can propel the machine from 0 to 60 mph in less than seven seconds. With features such as removable doors and convertible tops, the Wrangler is highly customizable, which has made it a favorite for celebrities looking for a creative way to express themselves. Here are five of the coolest celebrity-owned Wranglers… 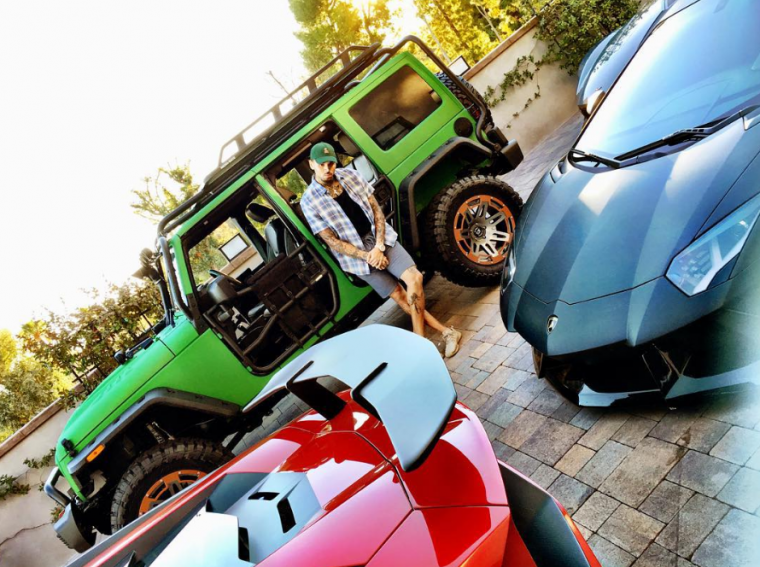 R&B singer Chris Brown is known for having one of the more distinguished celebrity car collections that you’ll very find. Besides owning two custom Wranglers, Brown was also the first celebrity to order a Rezvani Beast sports car, and he recently added a Porsche 911 Turbo S to his collection. Brown’s eye-catching green Wrangler might not be as fast as his new Porsche 911, but his Jeep should definitely outperform the German sports car off-road in the California desert. 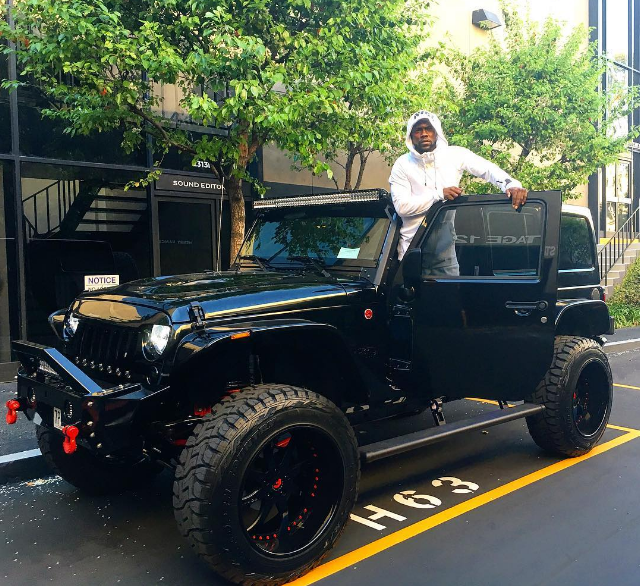 Funny-man Kevin Hart might not stand more than 5-foot 4-inches tall, but his bank account is presumably now through the roof thanks to hit movies such as Ride Along, The Wedding Ringer, and Get Hard. Hart commissioned automotive customizing and repair company Stealth Motor Works to modify his black Wrangler, which the comedian has nicknamed the “Beast.” Other vehicles featured in Kevin Hart’s car collection include a 1966 Pontiac GTO and 2016 BMW i8. 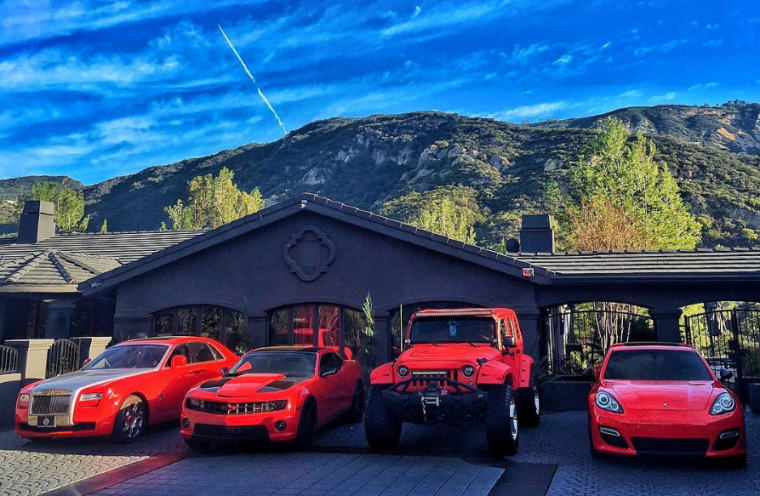 California rap artist Jayceon “The Game” Taylor released a CD called The R.E.D. Album back in 2011, so it only makes sense that he would get most of his cars painted this particular hue. In fact, The Game has such a fondness for the legendary Jeep Wrangler that when he bought his own Jeep, he also purchased an additional Wrangler that he gave to his personal assistant for a birthday present. In less positive news, the rap artist’s car collection came under threat last year when a vandal trespassed on his property and was caught on tape throwing rocks at the rapper’s cars, but since The Game is constantly releasing new music, he presumably had enough cash to cover the damages. 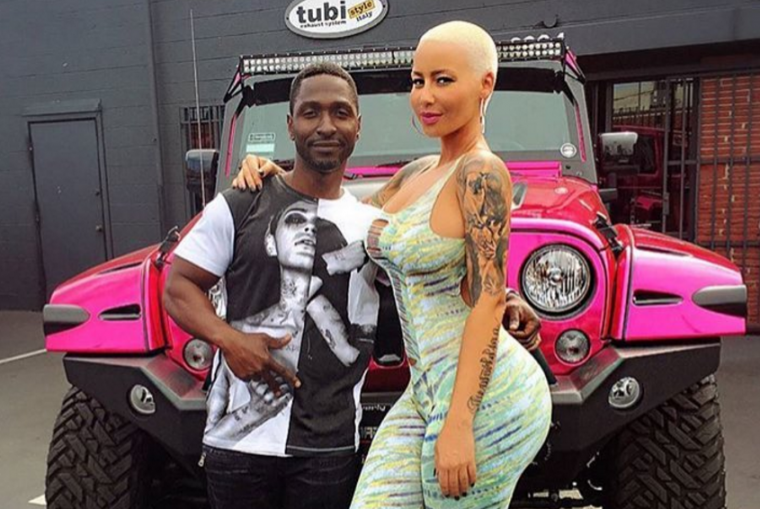 If you’re not familiar with Amber Rose, she is a professional model who used to be the wife of famous rapper Wiz Khalifa, as well as the former girlfriend of hip-hop star Kanye West. The 32-year-old Rose started driving her pink Jeep Wrangler last year, but just recently commissioned Roadstarr Motorsports to apply a new chrome pink wrap to her vehicle. The only question left is whether Rose had her Jeep wrapped in pink to promote breast cancer awareness or because she’s secretly a big fan of Elvis Presley. 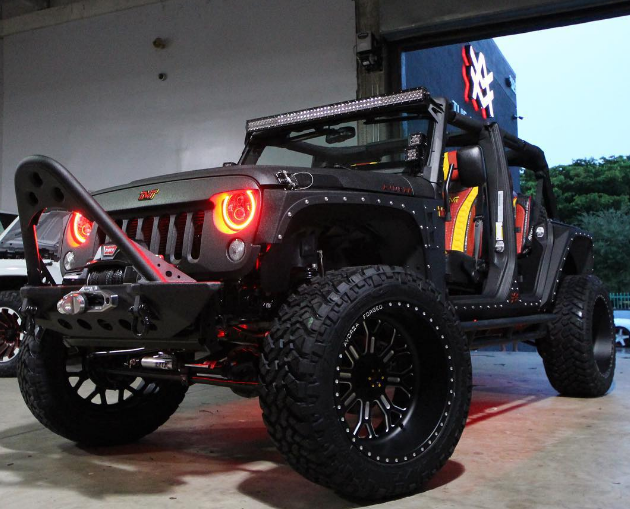 Who knew that legendary boxer Floyd Mayweather Jr. was into Jeeps?

Undefeated professional boxer Floyd Mayweather Jr. is so rich that he probably didn’t even blink an eye when four of his exotic cars burned to a crisp last year in a fire. After reportedly earning $200 million for his 2015 boxing match against rival Manny Paquiao, Mayweather quickly started rebuilding his collection by adding a $3.5 million Bugatti Veyron, as well as a custom Jeep Wrangler. Mayweather had The Auto Firm in Miami perform the custom work on his Wrangler. Notable additions to the Jeep include fender flares, huge black wheels, and alligator skin upholstery that has the same red, yellow, and black color scheme as his TMT boxing promotions business. Given Mayweather’s defense-first boxing style, we’d be surprised to see him using this Jeep to hit any sand dunes out in the desert, but it’s an impressive additional to his collection nonetheless.