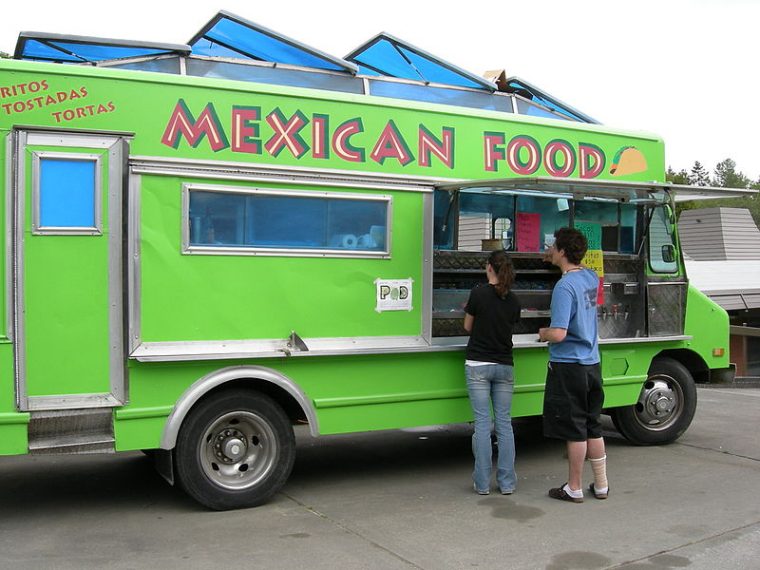 The food truck business is booming, partly because foodies who want to ditch the 9-5 and open their own food service establishment are tempted by the lower startup costs and the variety of opportunities.

The food truck of yesterday is long dead. No longer just a source of reheated food and stale coffee serving factory workers on break, today food trucks feature everything from fresh fish and chips to gourmet vegan and gluten-free options. So next time you see used concession trailers for sale by owners, stop, inquire, and then use these five extremely popular and successful food truck businesses as inspiration for fulfilling your own dream.

This truck that can be found rolling around in Nashville serves a music city delicacy that uses eco-friendly sources and is so popular that a second truck has been added to this fleet. The trucks are run by gourmet chef Crystal De Luna-Brogan, who once worked at the Four Seasons in Beverly Hills.

The truck offers some special delicacies, or diners can create their own melt from a variety of bread and cheeses. The trucks have been so successful there is now a brick and mortar location that serves the gourmet melts along with a selection of milkshakes.

This Las Vegas-based truck is named after the owner, Colin Fukunaga, not some twist on the f-bomb. A short order cook in his dad’s burger joint growing up, the entrepreneur noticed the trend toward a lot of taco trucks, but with no interest in the meat-filled treats, he decided instead on a twist on the Western hamburger combined with Japanese sauces and spices.

With toppings like wasabi mayonnaise, pickled red ginger, and his own secret sauces, the food truck took off to the point where this business too has a brick and mortar location in Las Vegas’ Chinatown district.

The Mac Mart in Philadelphia takes the comfort food we all love to a new, gourmet level and beyond. From a mac sandwich that features mac and cheese between two slices of toast to a Crabby Mac that features cream cheese and giant pieces of crab meat topped with Old Bay potato chip Panko, the offerings are both rich and delicious.

This truck is another that was so successful the owner went on to add a brick and mortar location as well.

The Cow and Curd

Another Philly favorite, the Cow and Curd features a Midwestern favorite brought to the city of brotherly love by founder Robert Mitchell. Curds, cheese in its youngest form (think of curds and whey that are used to form cheddar) is battered and fried and then served with a variety of sauces.

While a simple concept, the idea has caught on to the tune of two trucks, product provided to local restaurants, and soon a wholesale distribution business to sell curds around the country. Going backwards from cheesesteaks to just the cheese, the Cow and Curd has become a giant hit.

So far, all the food trucks on our list have served hearty, and not necessarily healthy, fare. But if you like vegan food or even if you are not vegan, owner and chef Adam Sobel ventured out into the food truck business in 2010 with the idea of bringing his ideas of vegan food to the streets of New York City.

There are delicious sandwich offerings like Korean BBQ, burgers, and various bowls. There are also more than 30 vegan pastries and donuts offered every single day. There is a brick and mortar store at Pennsy Hall and another in New York’s financial district. While the truck is usually off the road for the winter, it reappears every year at various places in New York City and the Red Bank, New Jersey, farmer’s market on Sundays.

Ready to buy a food truck? Take inspiration from these five foodies and chefs who took their skills from either restaurants or their home kitchen to the streets with a great business model and an even better idea.

Do you have any food truck recommendations? Leave us a comment with your favorite food trucks in your city!