*that you should really never, ever follow ever. EVER. 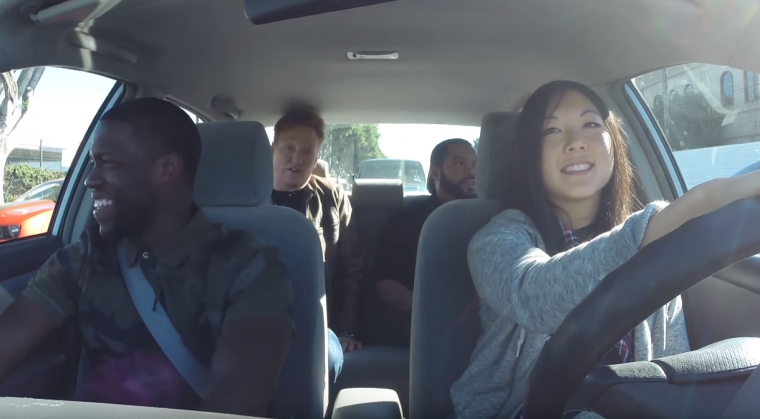 When you’re first learning to drive, driving with passengers can be distracting—especially if they’re Conan O’Brien, Kevin Hart, and Ice Cube.

In a recent and (unsurprisingly) hilarious  segment of Conan, a late-night television show, Conan O’Brien joined forces with the two comedians to help a member of his staff, Diana Chang, learn how to drive. Needless to say, the four of them got up to some shenanigans, including a trip to a local medical marijuana dispensary.

While the video itself is absolutely hilarious, there are a few bad driving habits Diana will hopefully not continue to practice once she has her license. Here are five pieces of driving advice you should never follow from Conan, Kevin, and Ice Cube:

Despite all of the bad advice, Ice Cube did have a very true piece of wisdom for us all.

Wearing a seat belts = thug life. Even the late, great Tupac wore his seatbelt when he was in a car.

Really, though, all these knowledge bombs just aren’t the same unless you check out the video yourself.