66% of Americans Pick Their Nose While Driving 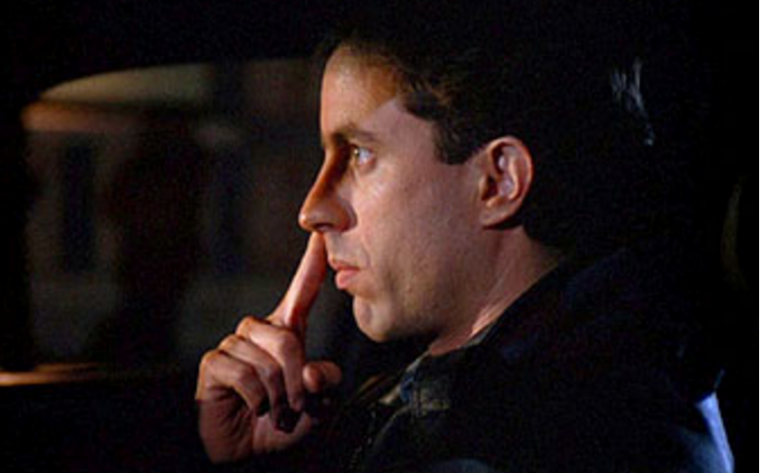 Americans do a lot of things besides driving when we’re driving, including a few activities that could be dangerously distracting. Half of us have texted or eaten meals while driving, a quarter of us have engaged in sexual activity while behind the wheel, and a handful of us have even taken our eyes off the road to change a diaper!

But more than anything, we love to go digging for gold.

A recent survey found that approximately two-thirds of Americans have picked their nose while they were operating a vehicle. Online insurance quote provider NetQuote polled 2,089 drivers across the United States, and nearly 66% of respondents admitted to picking while driving (perhaps emboldened by Jerry Seinfeld’s impassioned defense of the anti-social behavior).

In addition to our country’s predilection for picking, the survey reveals plenty of other interesting (and alarming) driving habits, from selfie-snapping to pimple-popping: 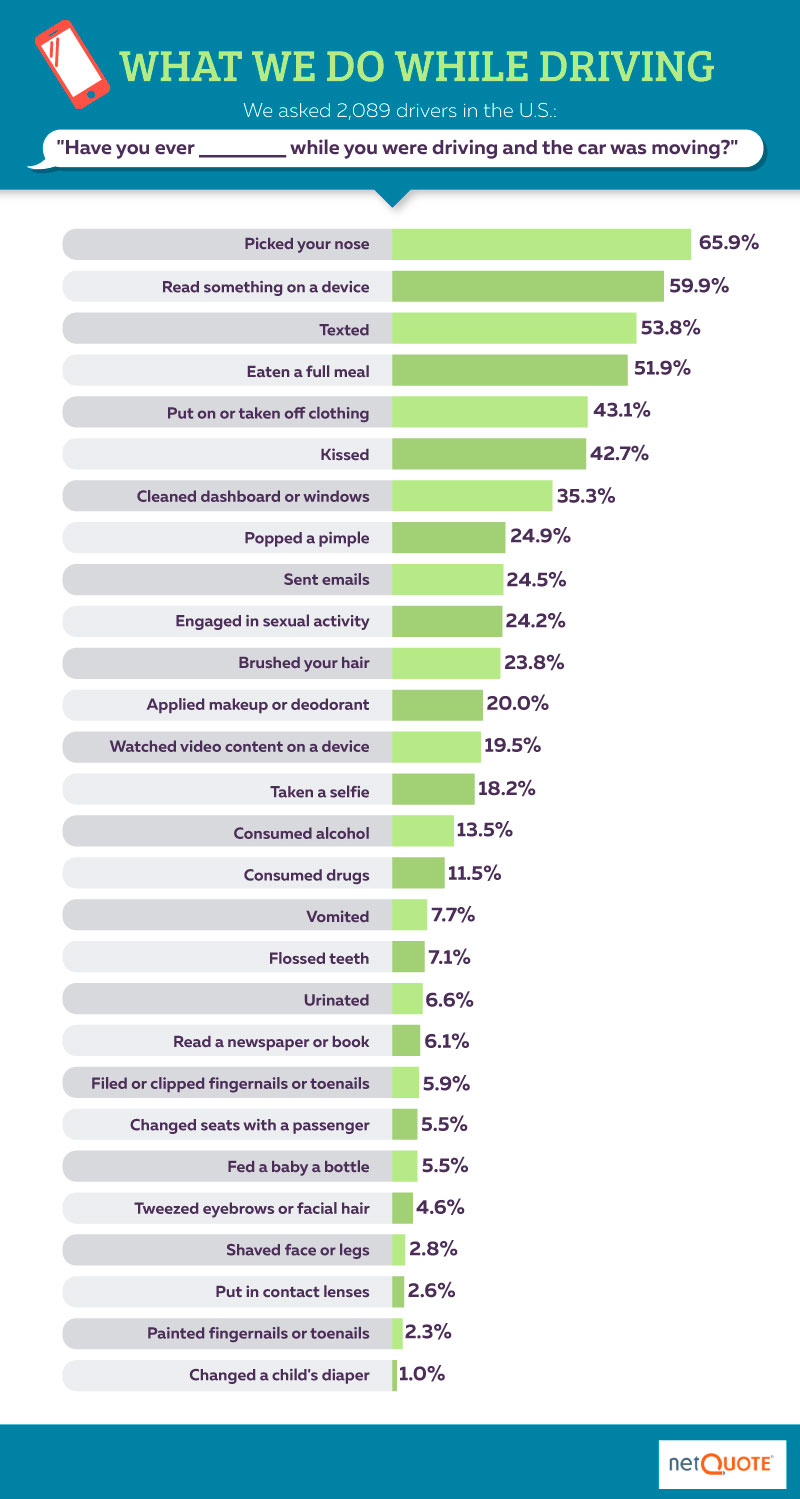 In defense of our nation’s motorists, some of these behaviors sound like they weren’t entirely avoidable. For example, the 7.7% of people who have vomited while driving probably wish they had had time to pull over first, but just couldn’t quell the uprising in time.

As for texting while driving, the country is pretty much split down the middle. Among those who do text, though, only 8% do so on a daily basis, which is encouraging. Also, when it comes to texting by type of vehicle, many will be unsurprised to learn that sports car drivers are the most reckless, while minivan owners tend to play it safe: 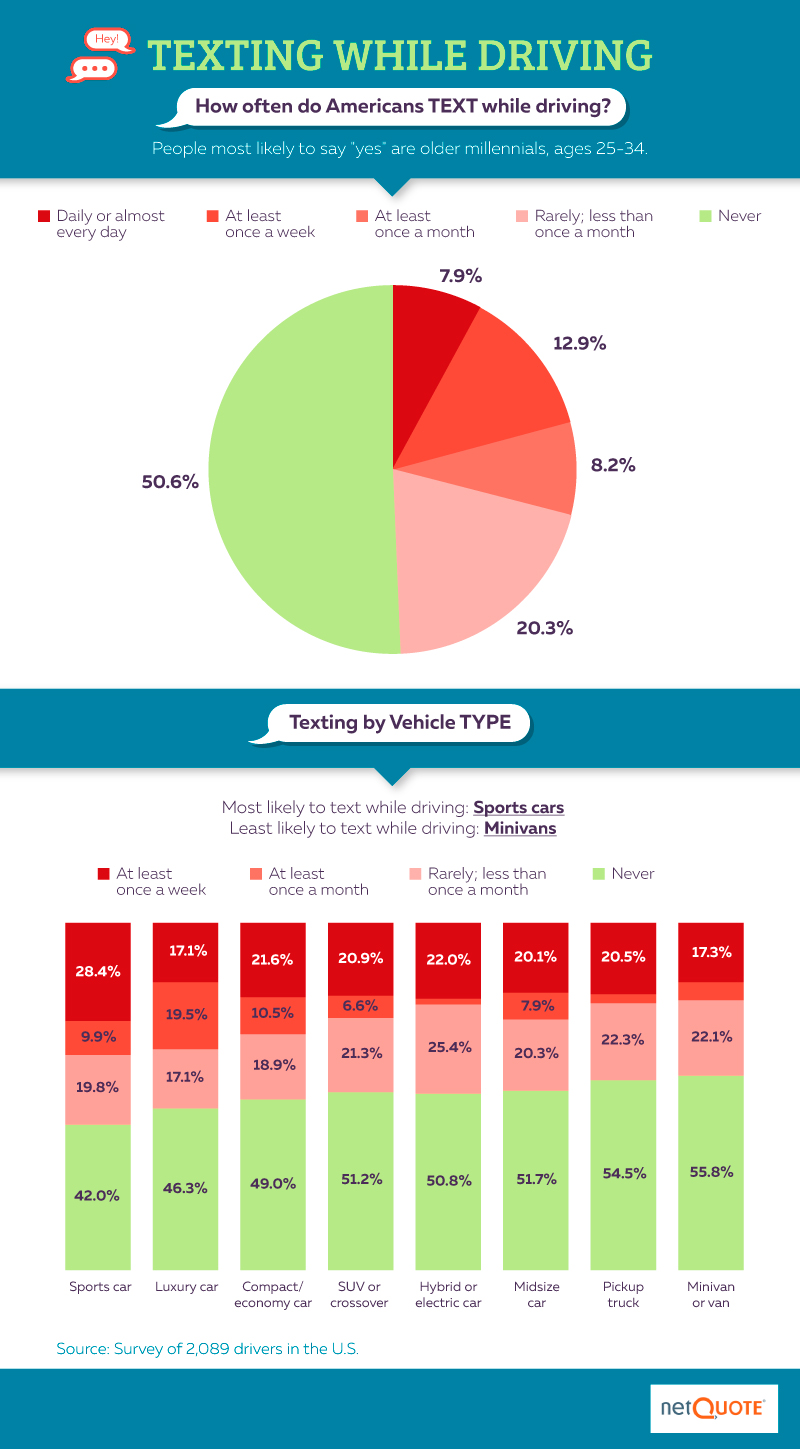 You can find more graphs and read all of NetQuote’s findings at their website.