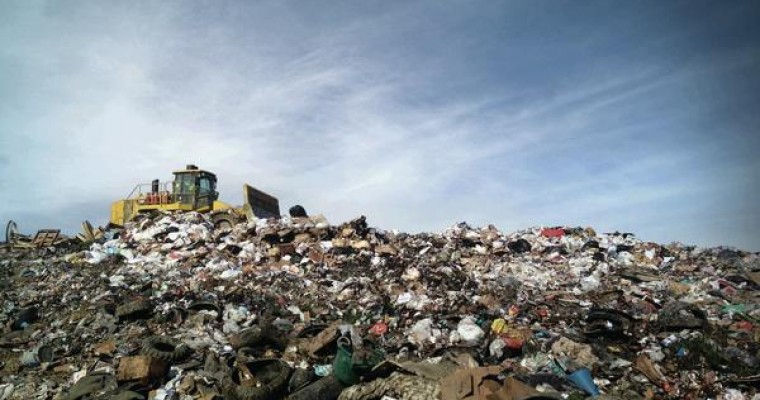 While Subaru sharing zero landfill knowledge with the National Park Service might sound like the automaker is not telling the parks one darn thing about landfills, it actually means that Subaru is currently training America’s national parks on how to send less waste to landfills—and maybe eventually zero waste. Subaru has the expertise to pull […] 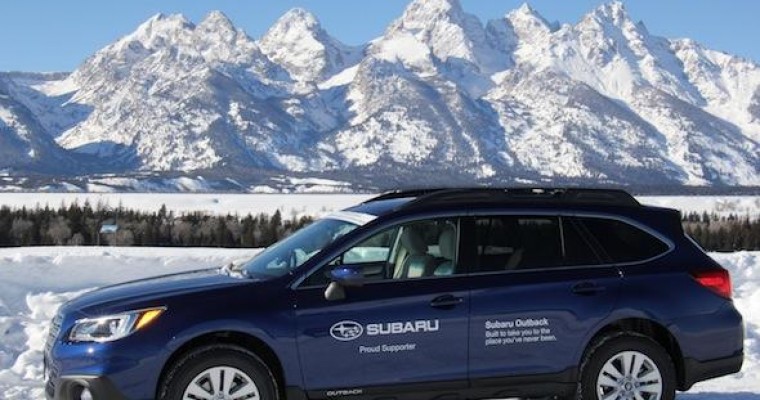 Since 2013, Subaru has been a partner of the National Park Foundation, which is the official charity of national parks here in the United States. In just the last few years, the automaker has made nearly $3 million in donations to the foundation via the brand’s Share the Love initiative. Most recently, Subaru announced continued […] 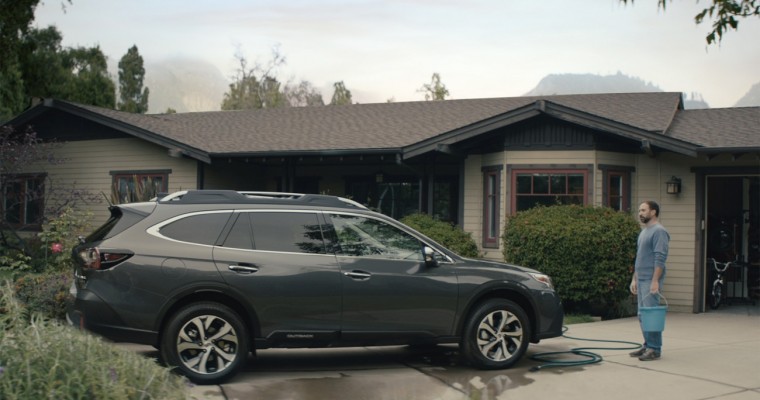 As part of the rollout of the 2020 Outback, Subaru recently released a series of three heartfelt ads that highlight the Outback’s best features.

Care About the National Parks? Hyundai Does. That’s Why It Donated the Ioniq 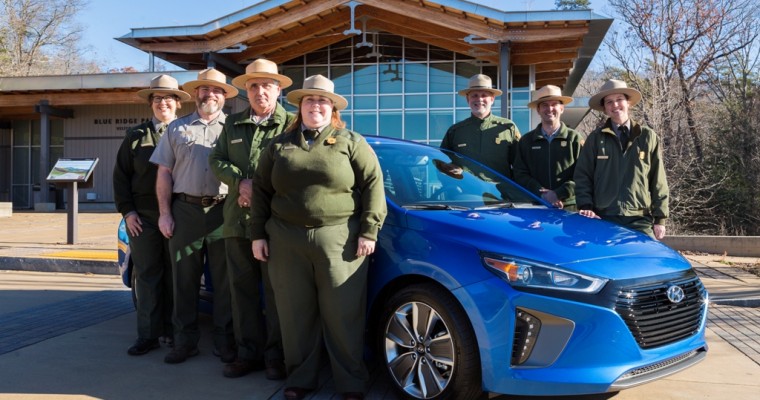 If there’s every been a time that America’s National Parks needed support, it’s now. In light of recent news, it’s crucial that we all do what we can to ensure that protected lands continue to be preserved. Even Korean automaker Hyundai is pitching in and lending a hand to the National Park Service by donating […] 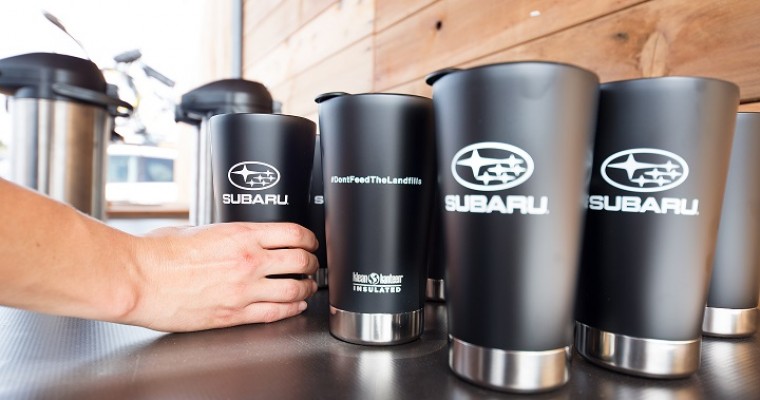 Subaru continues to showcase its nature loving image by partnering with Klean Kanteen to launch a multi-year partnership that focuses on sustainability. Klean Kanteen is the first stainless steel reusable water bottle manufacturer, while Subaru is known for being America’s first zero-landfill automaker. Those shared ties to environmental responsibility have allowed Subaru and Klean Kanteen […] 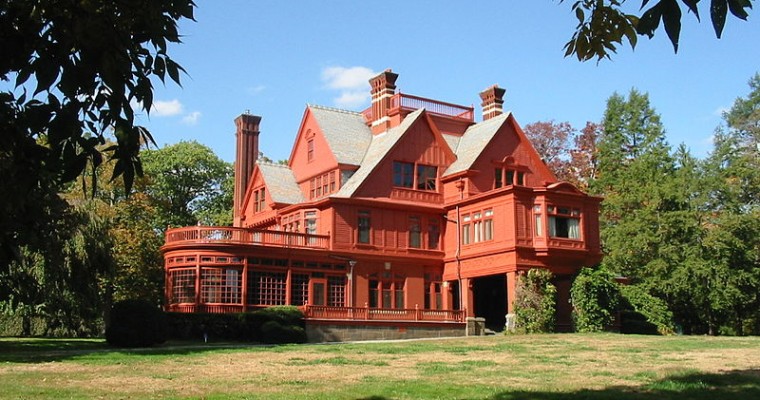 In recent months, BMW has diligently worked to increase the spread and influence of electric vehicles, both within its lineup and beyond it. BMW chose to launch its latest project at a location that makes sense on the surface, but becomes quite ironic when you dig a little bit deeper. After all, BMW introduced the […]

Check Out the Zero Landfill “Subaru Recommends” Products on Amazon 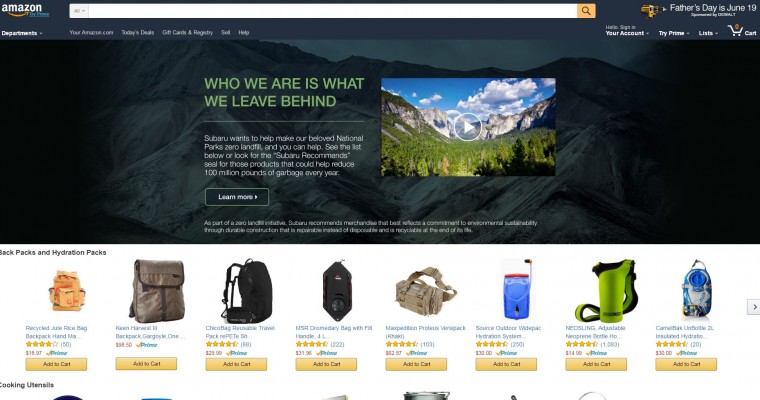 Though any business’ primary objective is to make money, it is nice when a company also hopes to make a difference in the world through charity and sustainability projects. One of the companies at the forefront in the automotive industry is Subaru, especially when it comes to environmental preservation. This year, for example, Subaru is […] 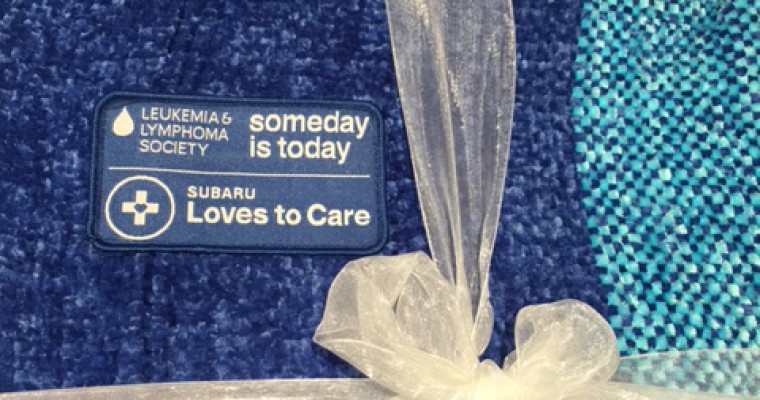 It’s no secret in the world of automotive philanthropy that Subaru is among the most involved, especially as far as Mother Nature is concerned. Its giving arm extends to several pet and animal causes, as well as other environmental concerns. Two of its latest causes include its continued dedication to the National Parks, as well as […] 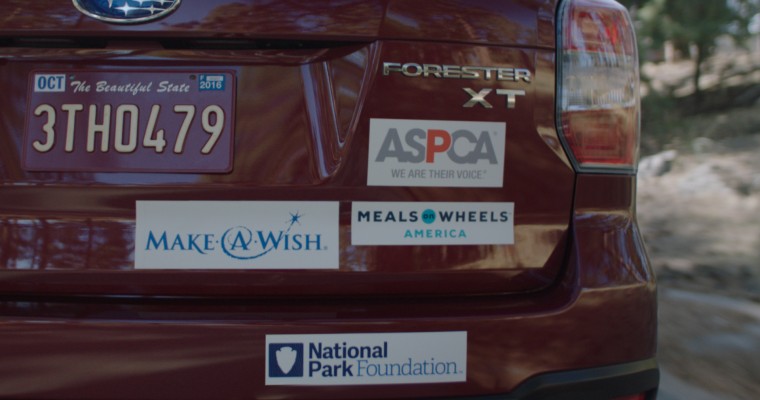 Subaru’s charitable Share the Love initiative, held from November through early January each year, aims to raise money for national and local charities across the country. It also serves as an incentive for prospective buyers to choose Subaru over competitors, specifically at what would often be a slower sales season, as the donations come directly […]

Subaru Sponsors ‘A Walk in the Park with David Vassar’ 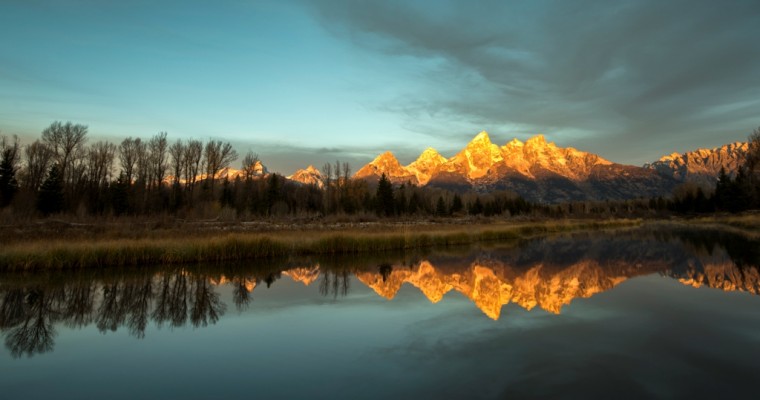 Last month, National Parks Adventure, an IMAX documentary put together with the help of Brand USA and Subaru, premiered in select theaters across the United States. The film marks the centennial of the National Park Service and stresses the importance of our national parks. Subaru’s foray into film won’t stop there, though. Later this month, […] 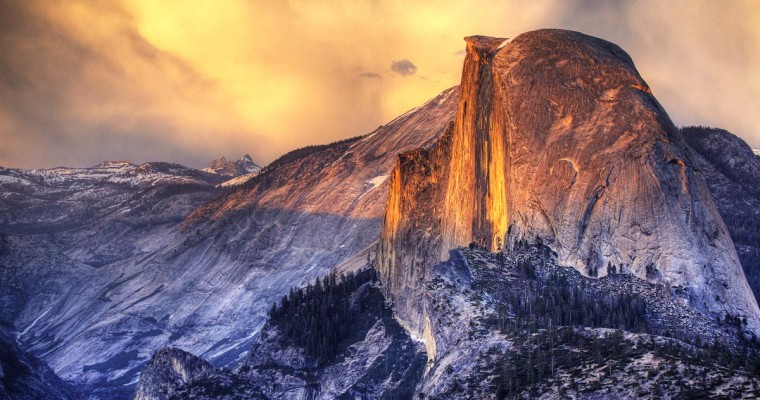 Last year, Subaru announced that it would be partnering with Brand USA and more to put together a documentary marking the Centennial Anniversary of the National Park Service. That IMAX-sized documentary, titled National Parks Adventure, will premiere this Friday, February 12th, at more than 100 theaters across the United States. Additional support for the film […]

Subaru in 2015: A Fantastic Year for the Niche Auto Brand

2015 has been a huge year for Subaru, from incredible sales to awesome branding to constant wins in the world of rally. But what were the biggest moments for Subaru in 2015? I can think of a few… [wptab name=”Sales”] Sales No one likes to look at boring sales figures all day, but Subaru knocked […] 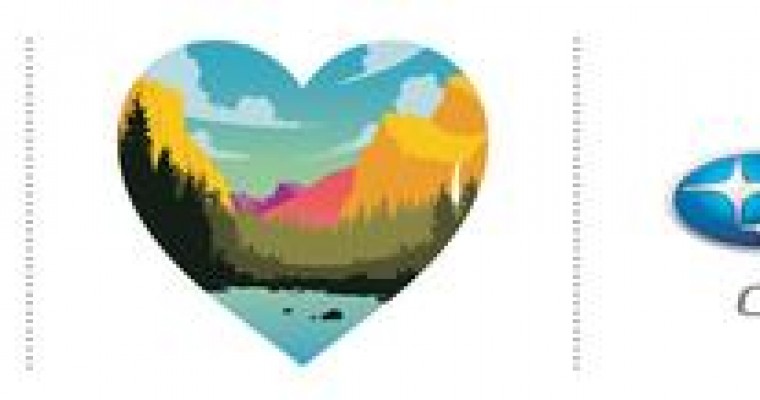 Subaru has been partnering with the National Park Foundation over the last few years in preparation for the centennial of the National Park Service next year. As part of the partnership, Subaru has promoted a fee-free day at the parks on National Public Lands Day, has donated Outbacks to be used at various parks, has […] Subaru’s dedication to animal wellbeing for both domesticated and wild animals is no secret. Each year, its Share the Love campaign benefits the ASPCA®, among other charities. Subaru also partnered with the Center for Pet Safety over the last four years to determine the safest ways to transport pets. Its partnership with the National Park […] 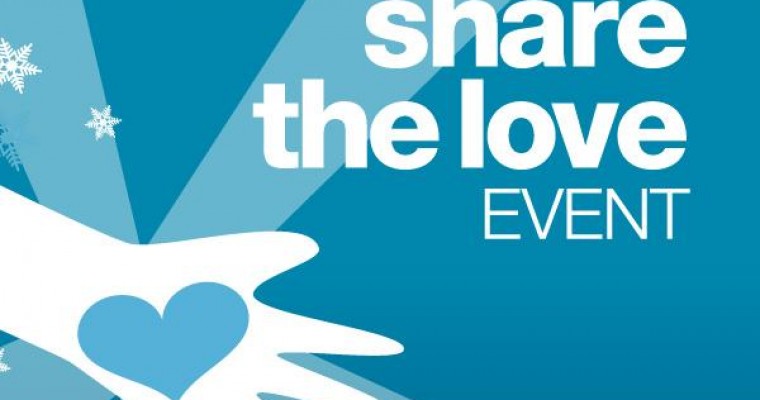 The Subaru Share the Love event marks its eighth year this November, when it launches on November 19th. The philanthropic program will continue on to January 2, 2016. During this time, Subaru will donate $250 for every new Subaru vehicle sold or leased. Where does that $250 go? It’s up to the buyer or lessee. […] 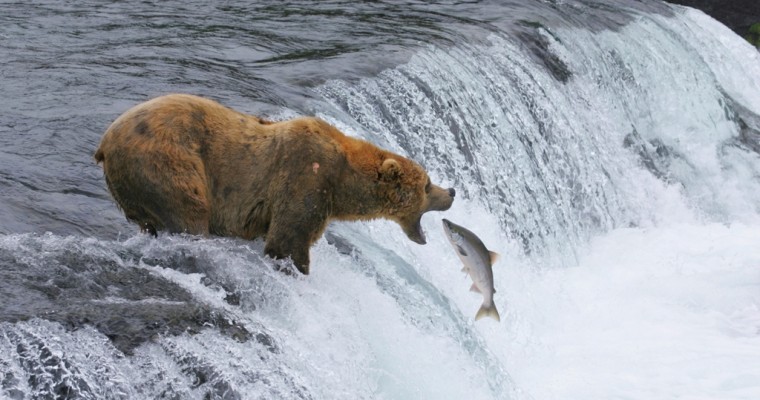 Subaru has been working with our nation’s park services in preparation for the National Parks Service centennial in 2016. As part of the partnership, Subaru donated several Outbacks for use at various national parks and promoted a “fee-free” day at the parks on National Public Lands Day. The environmentally-aware automaker also shared its zero landfill […]

Subaru and Google Team Up for Google Expeditions 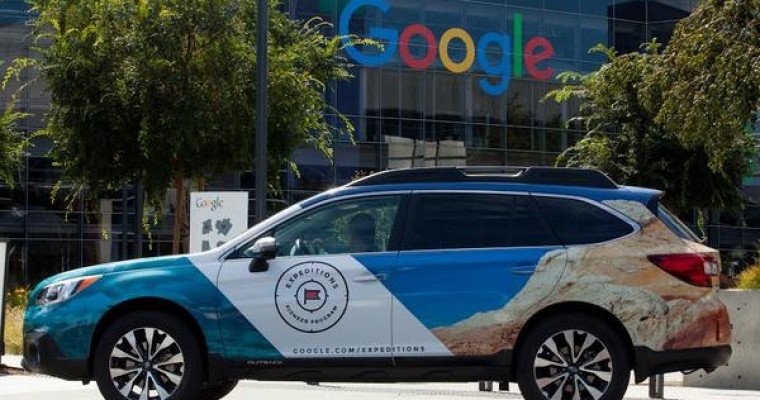 Subaru announced yesterday that it has partnered with Google for a project called Google Expeditions, which launched in May of this year. The goal of Google Expeditions is to allow teachers to take their students on virtual field trips, to locations like museums, landmarks, and even outer space. Subaru will step in as the official […] 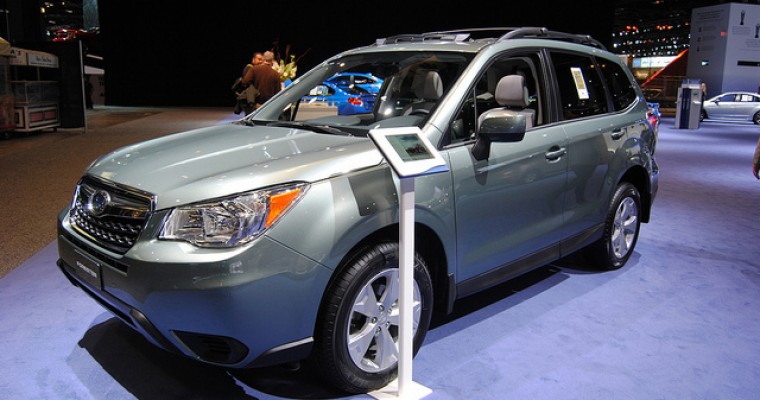 Subaru’s sole production facility that exists outside of the brand’s home country of Japan is stationed about an hour outside of Indianapolis in Lafayette, Indiana. The plant currently has about 3,800 workers in its employ. Cars 101: What makes Subaru’s Symmetrical All-Wheel Drive so good? Today, however, the automaker announced that it would be making […]