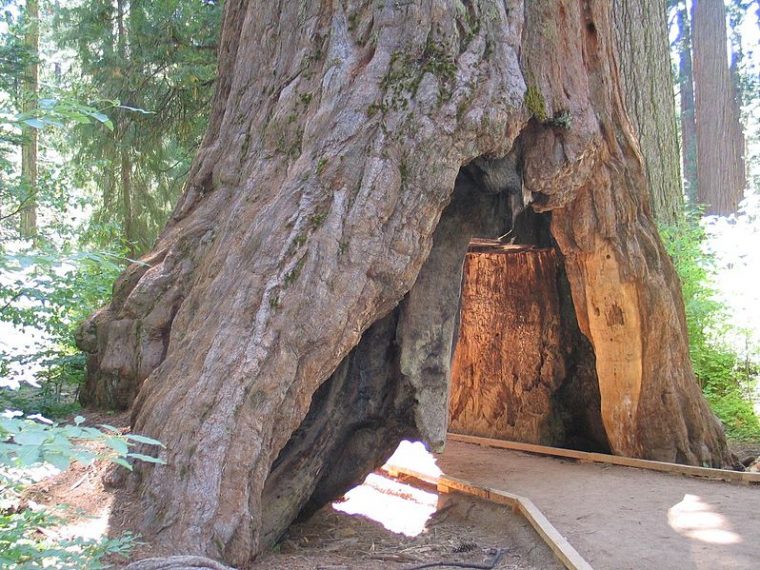 The Pioneer Cabin Tree before it collapsed

According to SFGate.com, an affiliate of The San Francisco Chronicle, Jim Allday, a volunteer at Calaveras Big Trees State Park, discovered the fallen tree Sunday afternoon. The massive sequoia had shattered upon impact with the ground. 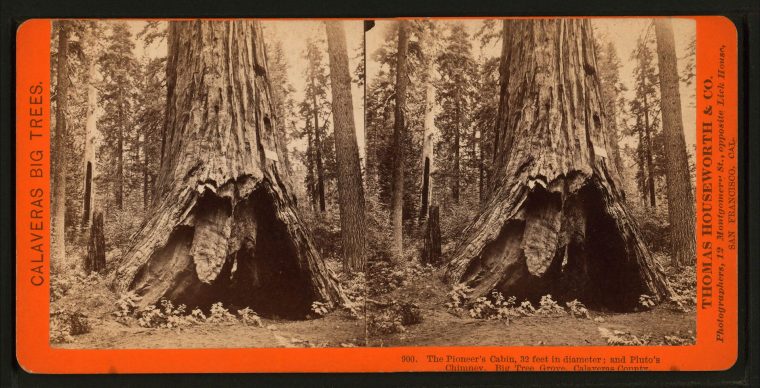 California was hit with a massive winter storm during the weekend, which caused excessive flooding in the region. Reports indicate that the storm was one of the largest and most powerful for the state in more than a decade.

While it is unclear what precisely caused the Pioneer Cabin Tree to collapse, SFGate reports that it may have due to the shallow root system that sequoia trees possess. As large and tall as these trees grow to become, their roots only travel between two to four feet deep. The flooding in the area may have compromised the tree’s root system and caused the tree itself to topple over.

According to Joan Allday, Jim Allday’s wife and another volunteer at the Calaveras Big Trees State Park, the foundation of the Pioneer Cabin Tree had been weakening for years.

“It was barely alive, there was one branch alive at the top,” she told reporters from SFGate. “But it was very brittle and starting to lift.”

Over time, tunnel trees have ultimately become an outdated trend. According to a statement from the National Park Service, the creation of these tunnel trees damages the trees themselves, so their creation has been discontinued in most areas of the state.

While motorists are unable to drive through the tunnel trees located in national parks, NPR reports that three tunnel trees with automobile access still exist in the state of California, owned by private companies. 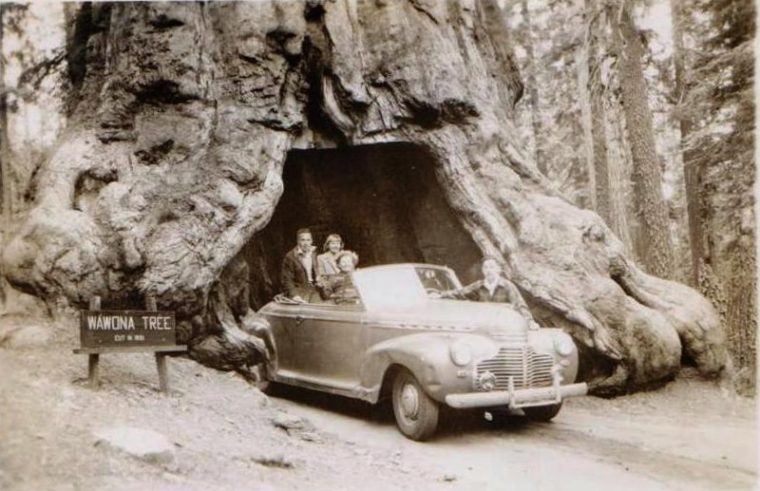 Another tunnel tree, the Wawona Tree, which was once located in California before it fell as well

With the collapse of the Pioneer Cabin Tree, the Calaveras Big Trees State Park has not only lost a treasured giant, but a piece of American history as well.