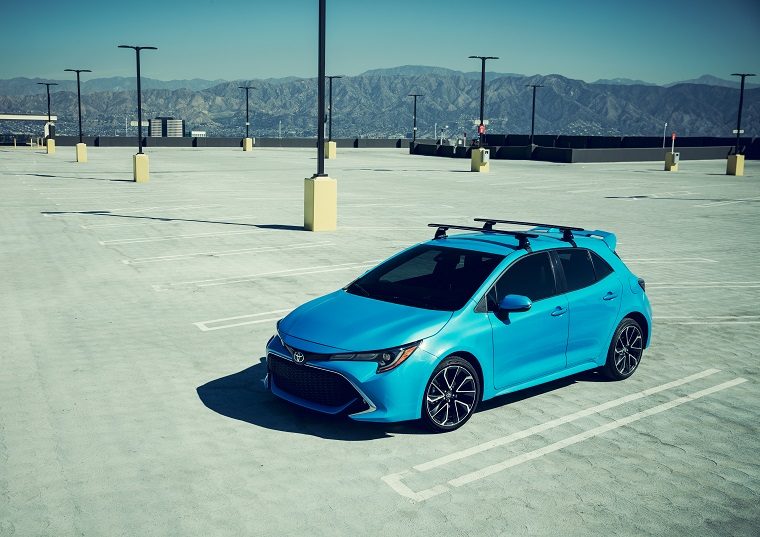 For a company that seemingly offers dozens of vehicles across every automotive segment there is, Toyota is notably lacking in the hatchback department…that is, until today at the New York Auto Show, where it unveiled 2019 Toyota Corolla Hatchback.

The Corolla Hatchback is an all-new model that will replace the outgoing Corolla iM, which itself was a continuation of the Scion iM before Toyota axed the youth brand. It’s now a proper Toyota model, and that means the single-trim arrangement that Scion had been famous for is gone. Instead there will be two trims and far more features.

Though Scion may be gone, the 2019 Toyota Corolla Hatchback will nonetheless strive to appeal to young buyers seeking a fun drive. It rides on the company’s new next-generation, lightweight platform and boasts a sport-tuned suspension as well as a rev-matching manual transmission. Under the hood is a 2.0-liter “Dynamic Force” engine making 168 horsepower.

The car is also beautifully designed. Compared to the Corolla iM, it is lower, longer, and wider, with a lower hood and more chiseled lines and protruding flanks, creating a very athletic look, especially with the 18-inch wheels.

Two trims will be available: SE and SXE, the former including LED headlights, keyless entry, an 8-inch touchscreen and Wi-Fi hotspot, automatic climate control, keyless entry, Amazon Alexa and Apple CarPlay compatibility, Entune 3.0 apps and the Safety Sense 2.0 suite of active safety technologies — the first Toyota model to offer it. Yes, all of that is standard, and models equipped with the CVT automatic also get paddle shifters, automatic high beams and full-speed range cruise control.

The current 2018 Toyota Corolla iM starts at $18,850, but considering the incredible number of standard features in the 2019 Toyota Corolla Hatchback, we expect a fairly decent price hike, though Toyota could yet prove us wrong when it shares pricing details. Those are likely to come soon before the car arrives in dealership showrooms this summer.