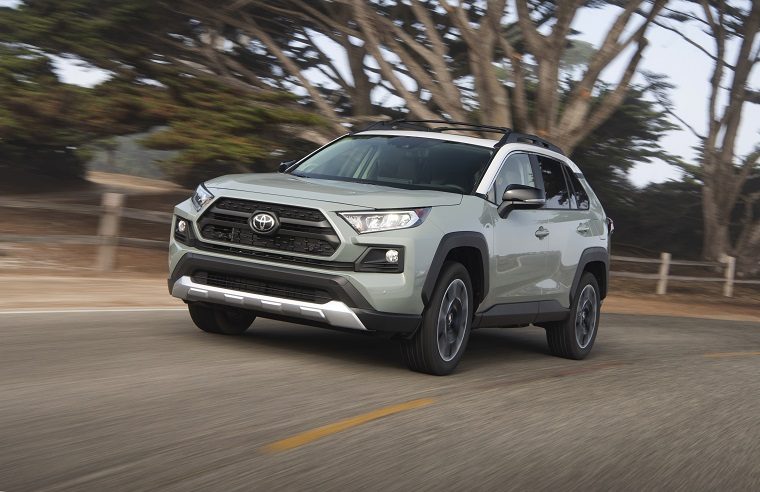 The Toyota RAV4 is on a mission. When it first launched 22 years ago, the compact crossover had many people scratching their heads about its place in the industry. Today, it’s the best-selling non-pickup truck in America, surpassing even Toyota’s own Camry.

And now Toyota has revealed what the next generation of the RAV4 will look like. For the 2019 model year, the popular compact crossover will strive to grab your attention with sharper looks than ever, the latest automotive technologies and more exciting performance.

The standard engine under the hood is now a 2.5-liter four-cylinder rated at 203 horsepower and 184 lb-ft of torque, a significant improvement over the 2018 model and putting the RAV4 near the top of the segment. It comes with an eight-speed automatic for greater efficiency.

The Entune infotainment system is now upgraded to the 3.0 version, which finally comes with Apple CarPlay functionality as well as Amazon Alexa and upgraded responsiveness. Android Auto continues to be omitted, though Toyota says it is investigating the possibility of adding support (it hasn’t so far because of concerns over privacy).

The all-new 2019 Toyota RAV4 will be available at six trim levels, excluding a hybrid model that is also getting heaps of upgrades. Front-wheel drive continues to be standard while all-wheel drive is offered as an option across the range.

Winter is Coming: Get your car ready with these simple tips