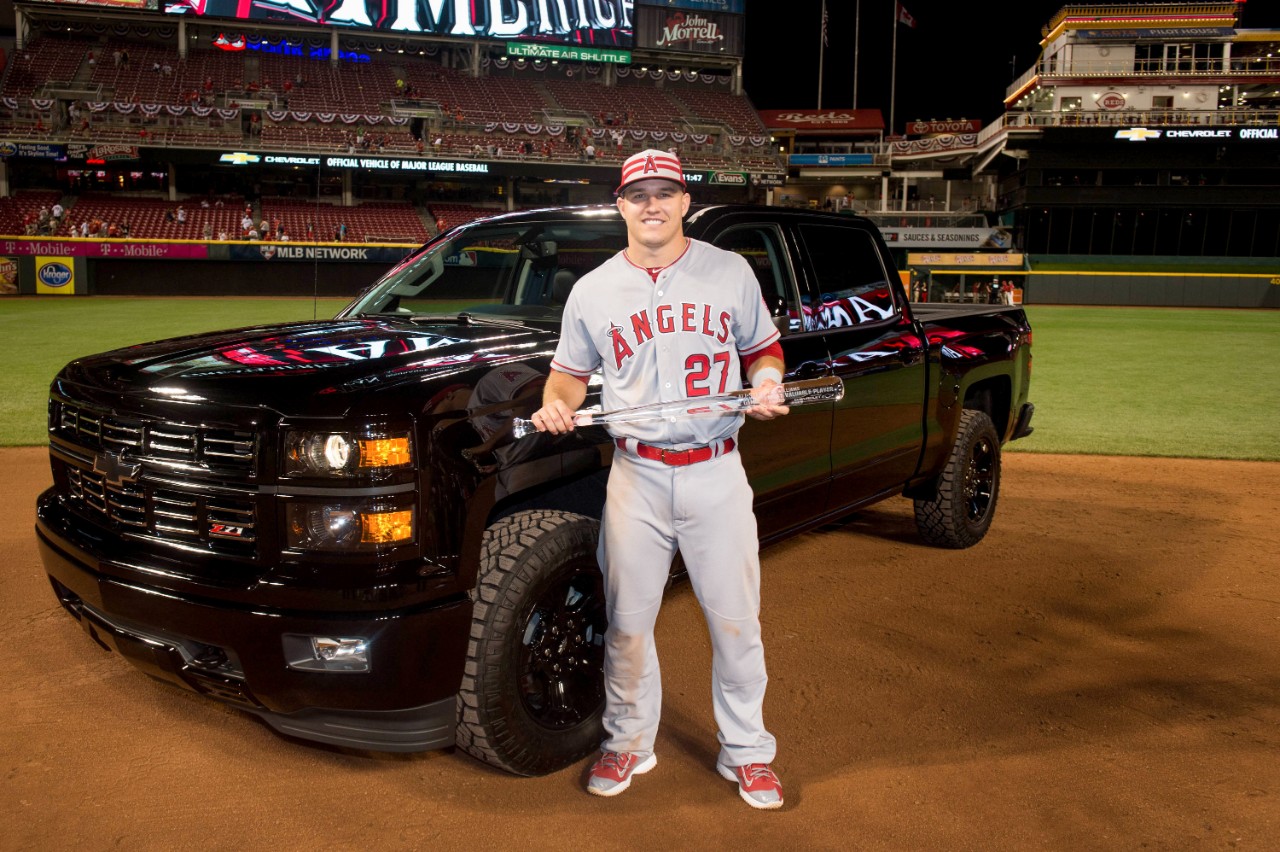 By going yard off of Zach Greinke to score the first lead-off home run in an All-Star Game since Bo Jackson did it in 1989, Los Angeles Angels of Anaheim centerfielder and god among fish Mike Trout made a strong case for being named the game’s MVP. And as part of his reward, he got to choose between the recently debuted sixth-gen 2016 Camaro convertible and a limited edition 2015 Silverado Midnight Edition.

Last year, when given the choice between a Silverado and a Corvette Stingray, Trout enthusiastically went with the Vette. Maybe now he has tired of sports cars… or perhaps he just fell in love with the Silverado when he rode through Cincinnati in one during the pregame parade… 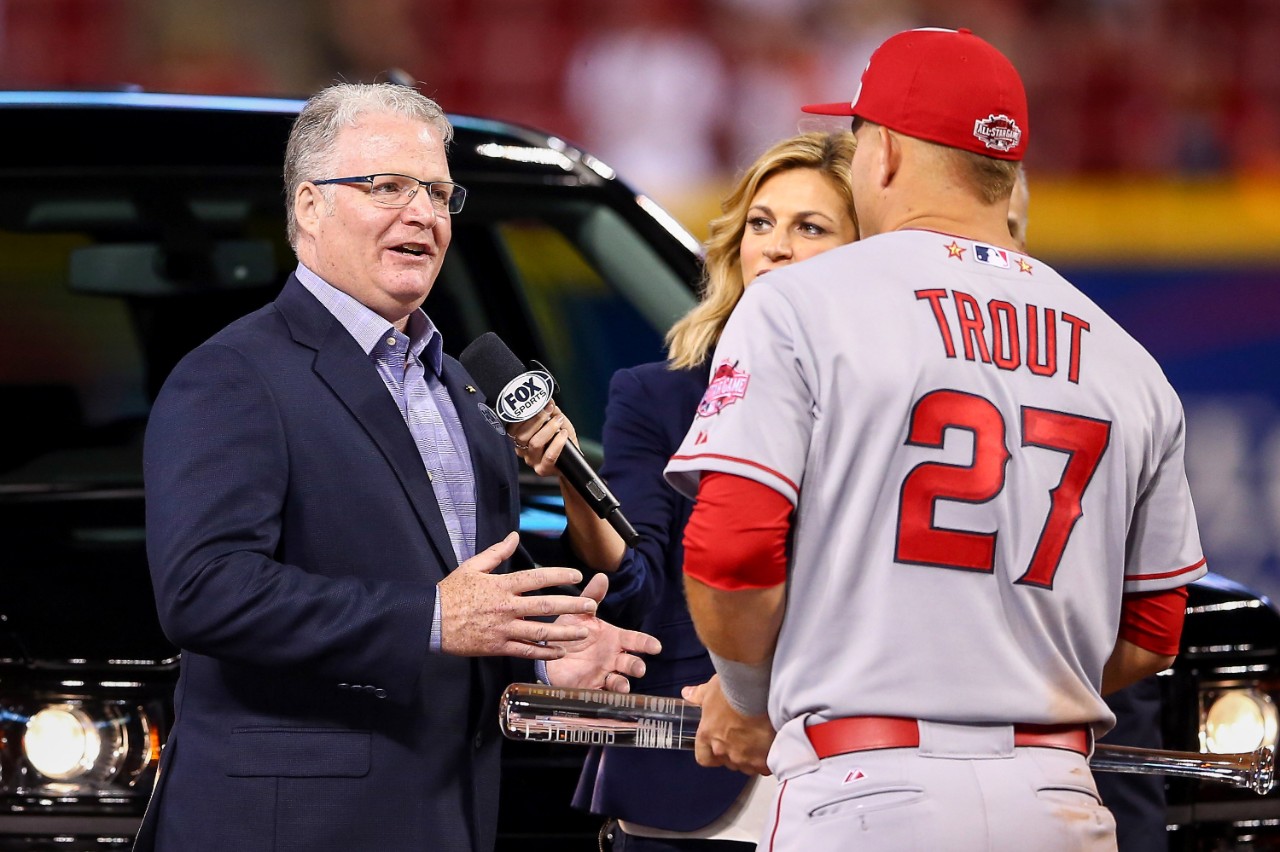 Or maybe he just needs the pickup’s hauling capacity to carry around all of the awards he’s racked up in his brief but brilliant career: in addition to his two All-Star Game MVP trophies, the 23-year-old athlete now owns a 2014 American League MVP Award, a 2012 AL Rookie of the Year Award, a 2014 AL Hank Aaron Award, and three Silver Slugger trophies.

“Mike’s on-field performance was All-Star caliber and worthy of one of Chevrolet’s All-Stars,” said Brian Sweeney, US vice president of Chevrolet. “Chevrolet also encourages future All-Stars through our more than 1,500 dealers who support Chevy Youth Baseball.”