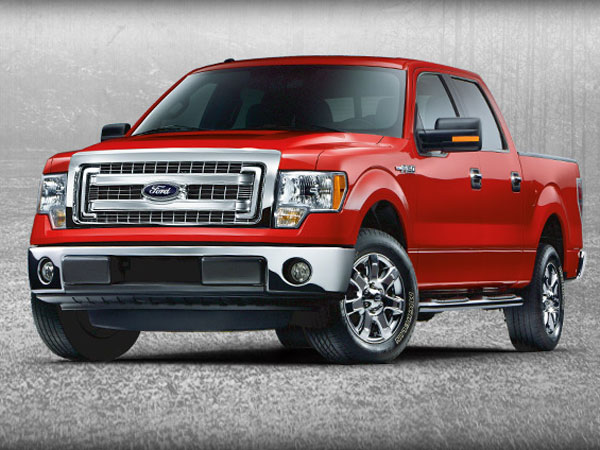 True to form, the Ford F-Series is having a dominant 2013.  The top-selling model line and best selling pickup truck for more than three decades running posted yet another month of considerable year-over-year growth this October.  Those impressive F-Series sales figures measure out to a widening lead over the competition and an all-but-guaranteed retention of its sale-topping title.

Ford sold 63,803 F-Series trucks during October, marking the sixth-consecutive month for moving more than 60,000 units.  Ford had sold a total of 623,309 F-Series trucks, marking a 20 percent year-over-year gain.  At this rate, Ford is selling more than 60,000 F-Series a month on average, and that number looks like it will rise in November and December thanks to the arrival of the 2014 Ford F-150.

The majority of F-Series sales in October were 2013 models and now that dealers have begun to receive 2014 F-150s, not only will customers rush to buy the newest installment, but dealers will be offering great deals on the 2013 model year in an attempt to clear inventory.

The strength and consistency of Ford F-Series sales will likely leave the lineup firmly atop the automotive industry once more by year’s end.  What will it take to dethrone the Ford truck that has dominated the market for more than three decades?  Let us know what you think in the comments below!