Okay, so Michael Bay is likely not at all responsible for this leeching corporate disaster that is sure to turn your child into a crazed, screaming lunatic in the toy aisle, but it’s still nice to have a scapegoat, especially one who dared put his faith in Shia LaBeouf and Megan Fox all in one go. No, we can actually blame this Angry Birds Transformers crossover on Rovio, which has promised not only a mobile game, but also consumer licensed goods and a full Hasbro product line of must-have toys. 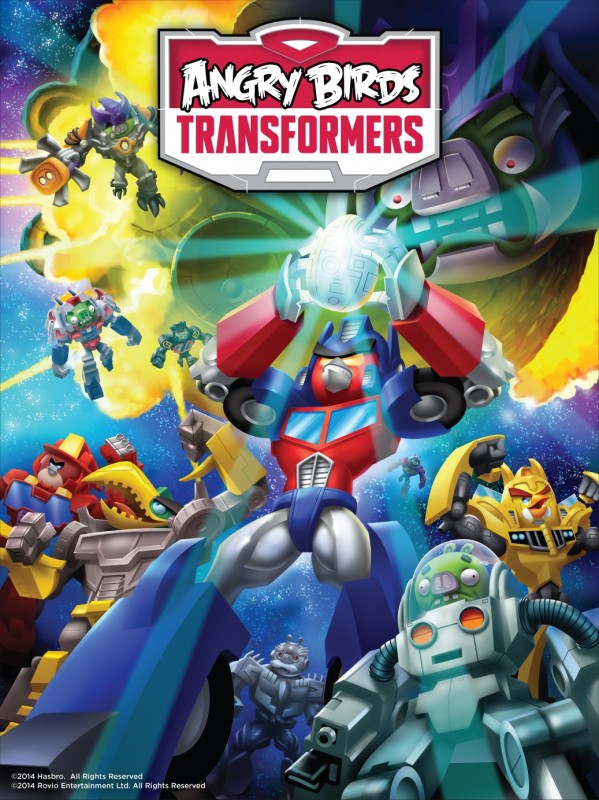 Angry Birds Transformers: because we still want your money, even though we’re out of ideas

“We’re really excited to combine the iconic Transformers universe with the quirky world of Angry Birds,” said Blanca Juti, Chief Marketing Officer of Rovio. “This mash-up is going to appeal to those who grew up with the brand in the 80s, as well as fans of the brand today. People are going to love it!”

Unfortunately, Juti is probably right. Some people are going to love it and absolutely go crazy over this thing. I, on the other hand, will remain annoyed by the sight of Angry Birds everywhere I go. (I worked in a bookstore a few years back, and there were giant round birds being marketed everywhere I looked—in a freaking bookstore, which you think would be a tad more cultured.)

I guess I’m just absolutely tired of the world’s fascination with Angry Birds and Transformers, so seeing the two fused together in this Angry Birds Transformers madness is just like a double slap in the face. More so, I’m just baffled by the lack of creativity in the creative world. It’s nothing but sequels and remakes and extensions of things that already exist. I wish the people running these things would try something new for a change. You know, an overdone burger tastes like crap for a reason, but if people keep eating crap by the tons, I guess they’ll keep serving it.