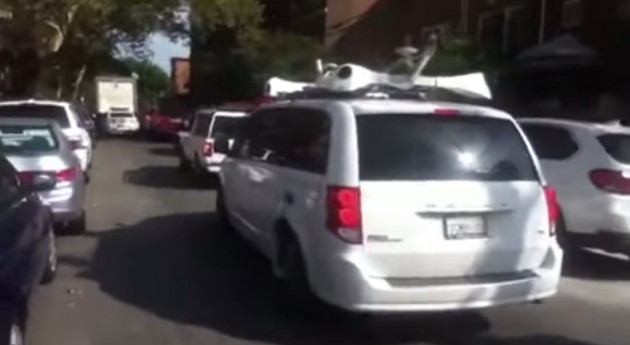 Could this Dodge Grand Caravan signal the advent of Apple’s self-driving cars?

Autonomous vehicle technology has driven (pun so intended) the vehicle safety technology market in recent years. Several automakers are embracing the likelihood of a self-driving future and have been implementing “phase one” autonomous driving technologies, like lane departure warning, lane keep assist, adaptive cruise control, forward collision warning, and more. Google has also entered the self-driving market, developing its own autonomous prototypes. Of course, where Google goes, Apple is sure to follow. And then ten years later, so will Microsoft.

That’s why many people think some funky Dodge Grand Caravans that appeared in the San Francisco Bay area might be the beginnings of Apple’s self driving cars. Photos of the vans recently appeared on Claycord. In them, you can clearly see some strange X-shaped technology rigged up to the luggage rack on the Grand Caravan. There seem to be cameras attached at each of the four ends; the contraption also includes antennae and laser arrays. Interestingly the vans that have been spotted in Claycord are incredibly similar to a van that was spotted last fall in Brooklyn, New York, that sported California plates. 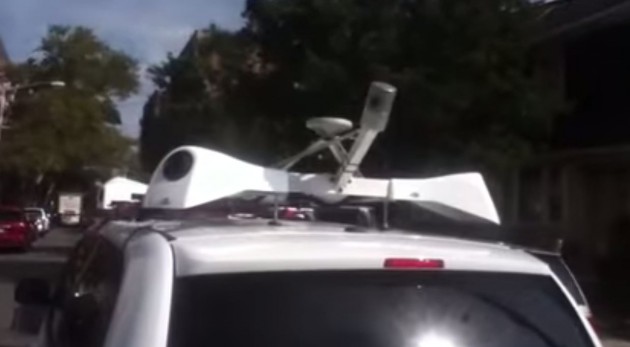 The X-shaped frame atop the Grand Caravan

You can actually see it in action in Brooklyn here:

So how are these vans linked to Apple? And no, Siri wasn’t spotted behind the wheel.

San Francisco’s local CBS affiliate, KPIX, actually did some sneaky sleuthing: the team traced the vehicle through the California Department of Motor Vehicles. And what they found? The Dodge Grand Caravans parading around the Bay area with giant Xs on top are currently leased by Apple. 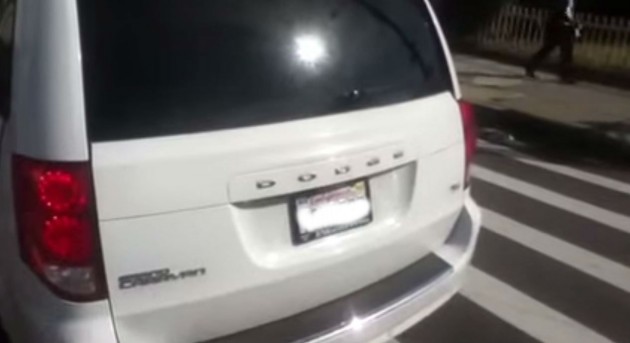 It’s a screen grab from the already really blurry video, but you can see that the Grand Caravan in Brooklyn is registered to California, meaning this too probably also belongs to Apple

So is that confirmation? Are these Apple’s self-driving cars? Possibly, but probably not. Remember how we said “where Google goes, Apple is sure to follow”? Apple has some catching up to do in other auto areas before it ever lines up with Google on driverless car testing—areas such as mapping. Google Street View is currently unlike anything offered on Apple products, so it’s very possible that Apple is trying to play catch up right now. That would explain the cameras.

Further, Apple currently doesn’t hold a permit to test driverless cars in California, though it’s feasible that the company simply has the permit filed under one of its subsidiaries to evade nosy people like us.

Regardless, it’s too early to make the bold assumption that Apple is working on self-driving prototypes. We’ll just have to wait and see—but if the next iOS update suddenly has our phones latching onto the steering wheel and stepping on the gas, then, well, we’ll know for sure.